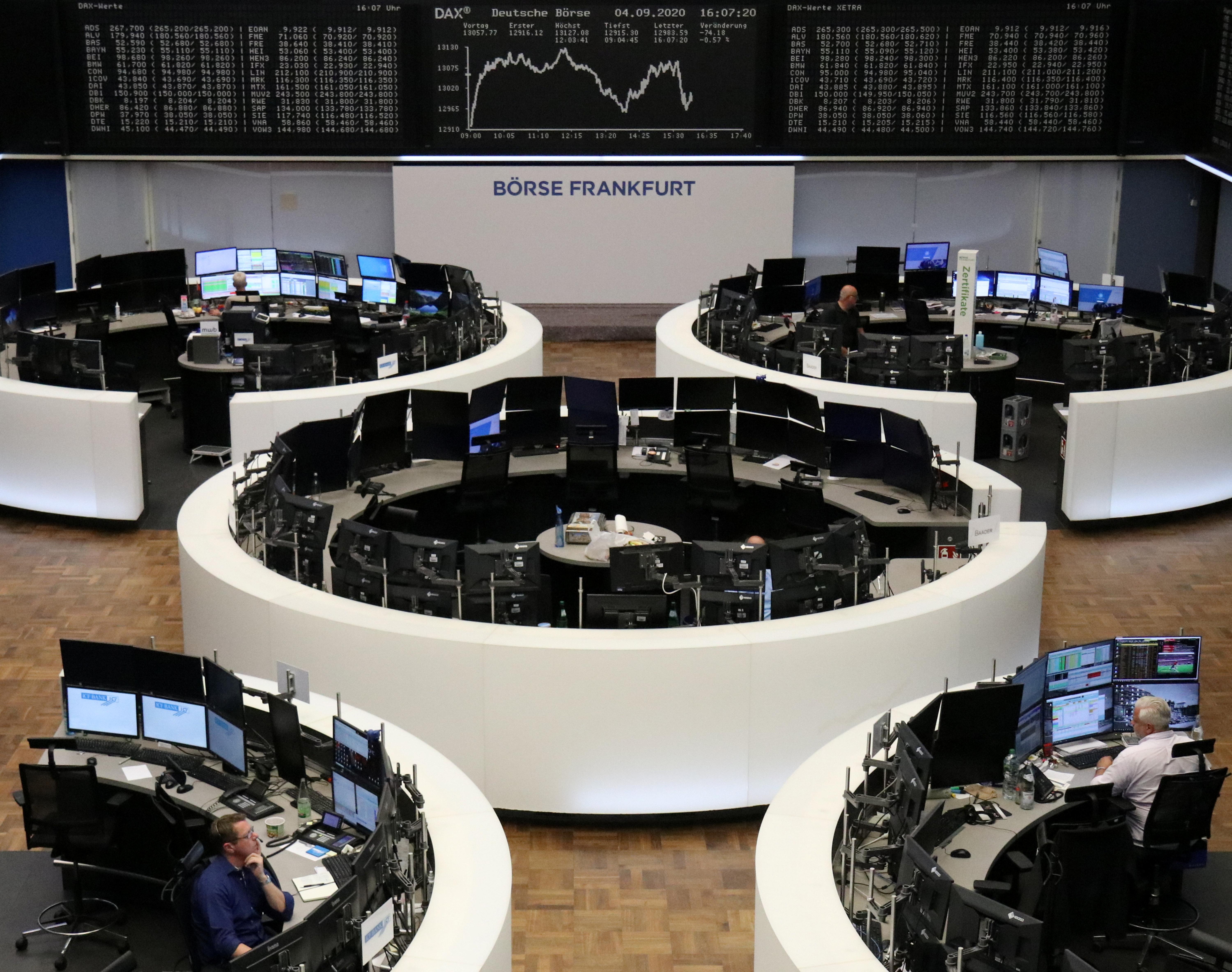 The pan-European STOXX 600 index settled 1.1% lower after flitting between gains and losses, while also shedding about 1.9% for the week on a two-day technology rout.

Wall Street indexes plummeted on losses in the technology sector, which retreated sharply from record highs after leading the rebound from pandemic-driven lows. [.N]

The European technology sector .SX8P fell 2.7% to end at a one-month low, underperforming its peers for the week with a 4.1% drop.

On the other hand, Bankia (BKIA.MC) and Caixabank (CABK.MC) marked double-digit gains after both Spanish banks said they were considering a merger to create the biggest lender in the country.

Caixabank was among the top percentage gainers in the banking index .SX7P and the STOXX 600.

Basic resource stocks .SXPP were also among the few gainers for the day, tracking a rise in base metal prices and an expected uptrend in Chinese demand. [MET/L]

The STOXX 600 has stayed well within a trading range seen since June, as a euro zone economic recovery appeared to be running out of steam.

A batch of middling economic data this week bolstered expectations that the ECB would maintain an accommodative stance to support inflation, in line with the U.S. Federal Reserve.

“The Fed’s decision to move to an average inflation target has set the scene … given the still high level of uncertainty surrounding any economic outlook, the ECB is highly unlikely to change its policy stance at next week’s meeting,” Carsten Brzeski, chief economist, eurozone and global head of macro at ING wrote in a note.

With European interest rates in negative territory, the ECB has undertaken massive bond-buying programs this year to boost liquidity through the coronavirus crisis.

Curevac CVAC.O rose 3.4% after the German biotech firm won nearly $300 million in government funding to speed up work on its prototype COVID-19 vaccine and build capacity to produce it at scale.