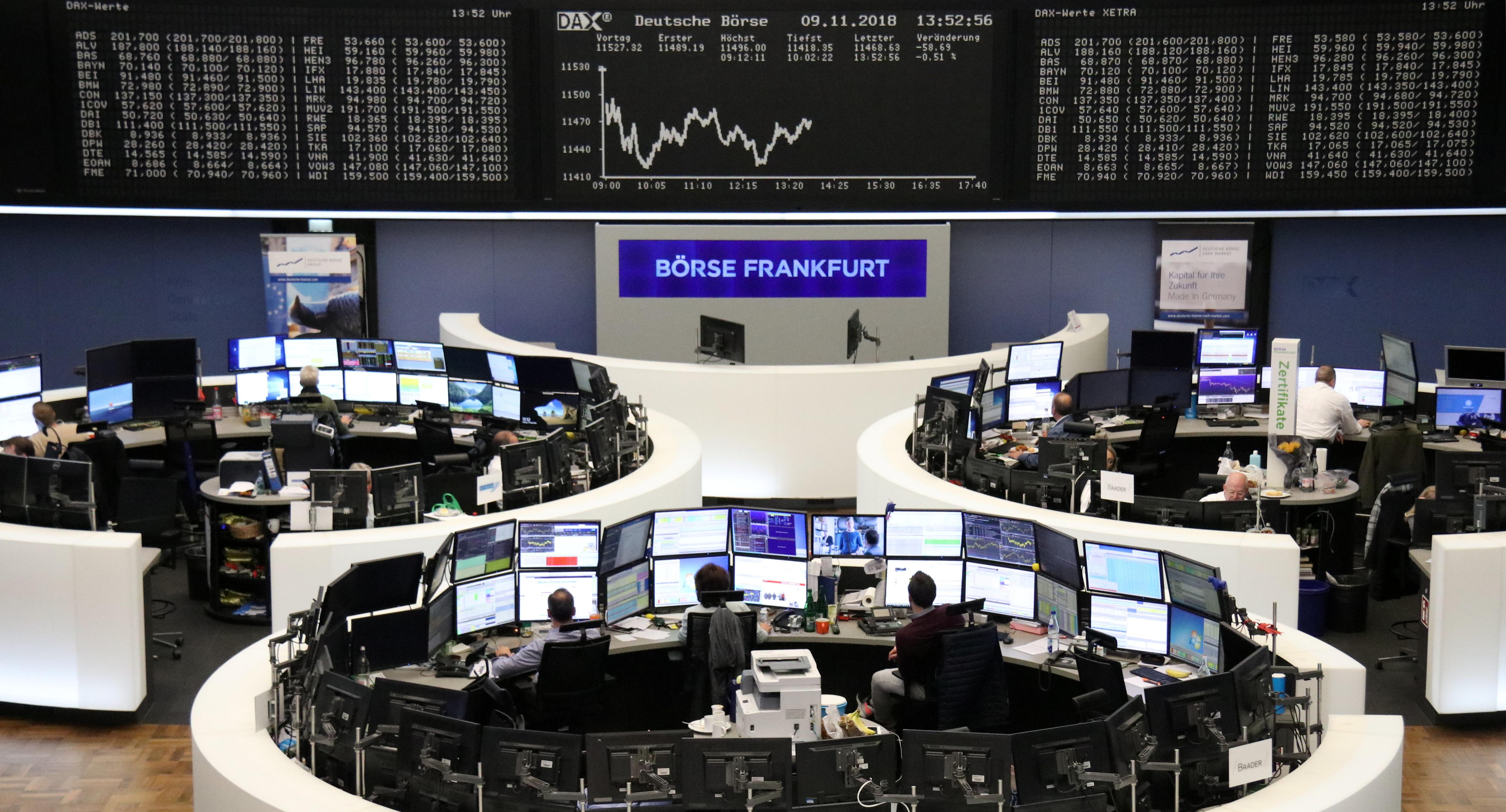 LONDON (Reuters) – European shares sank to their lowest in two weeks on Wednesday after data that showed the German and Japanese economies contracting in the third quarter fueled worries about global growth amid a plunge in oil prices.

The pan-European STOXX 600 lost 1.2 percent by 0900 GMT as commodities sectors weighed and Italian stocks sold off. The STOXX and leading eurozone stocks index .STOX50E hit their lowest since Oct 31.

Italy’s decision to stick to its growth and deficit plans in its re-submitted draft budget set the stage for a showdown with the European Union over breaking structural deficit limits.

It drove government bond yields up and sent Italy’s FTSE MIB .FTMIB down 1.8 percent, set for its worst fall in a month, as bank stocks sold off.

The oil and gas sector .SXEP sank 2.3 percent, causing it to cede its position as top-gaining sector year-to-date to healthcare.

In London, the FTSE 100 .FTSE lost 1 percent as Prime Minister Theresa May sought to convince her government to accept a draft European Union divorce deal that opponents said threaten the independence and the unity of the United Kingdom.

As a sign of the uncertainty regarding whether a cabinet meeting will approve the deal, the pound was stable against the dollar despite the relief an orderly Brexit would present for markets.