LONDON (Reuters) – European shares wobbled and closed just in the red after a choppy session on Friday as traders waited to see if Britain’s Prime Minister Theresa May would face a no-confidence vote over her draft European Union divorce deal.

The pan-European stocks index started morning trading on a gentle rebound from losses on Thursday. But it gradually lost steam as speculation mounted about a leadership challenge.

Italy’s budget showdown with the European Commission also did little for risk appetite.

“Equities in general continue to trade in a sideways fashion, with attempts to move higher frustrated by a collection of worries”, IG analyst Chris Beauchamp commented.

Vivendi shares topped the CAC 40, climbing 3 percent after the company posted stronger than expected third-quarter sales, helped by growth in music streaming at its Universal Music Group (UMG). It also said it was lining up banks for a possible sale of part of the UMG division. 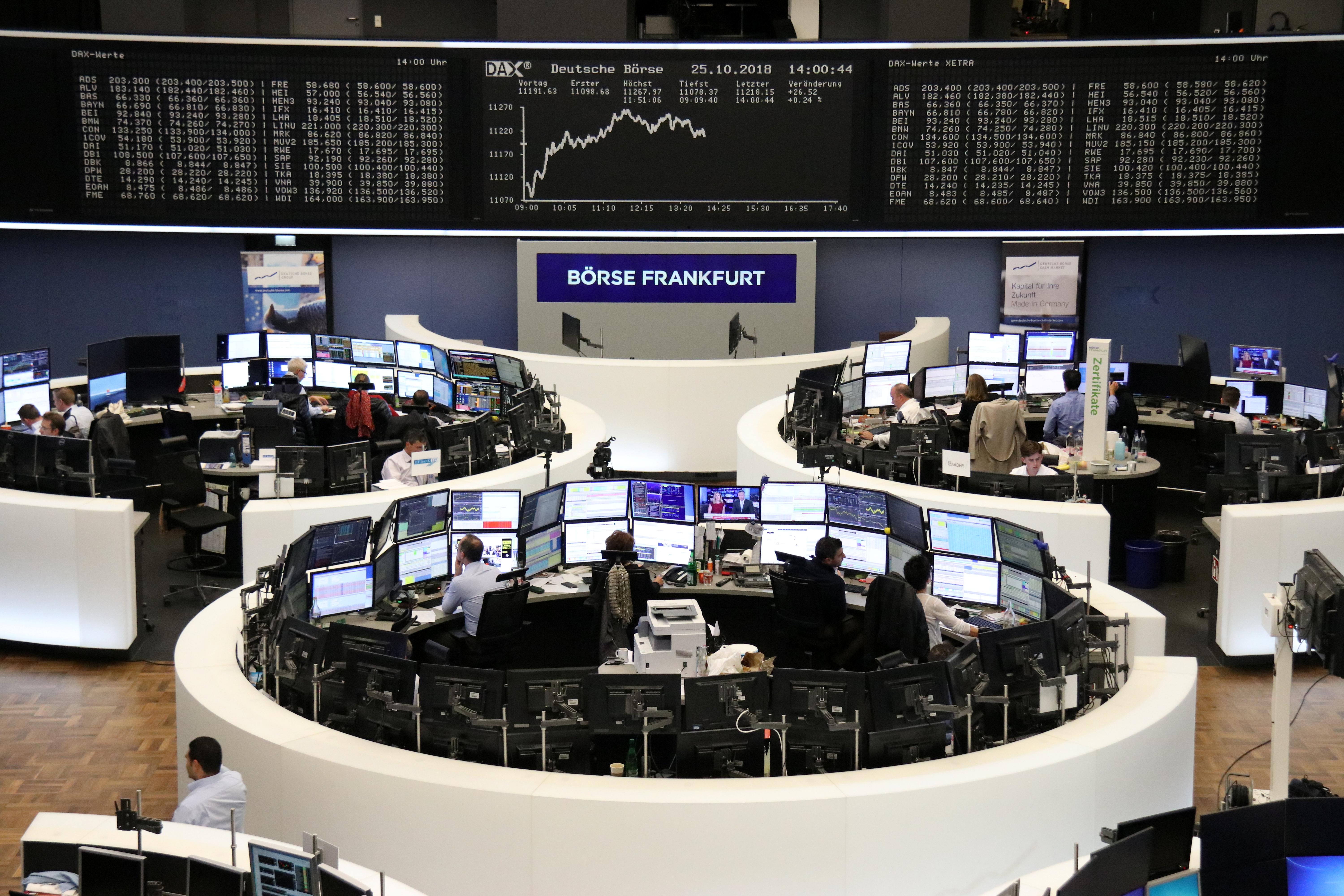 “With solid steps toward a stake sale in 2019, this is a timely reminder that valuations of over 20 billion euros for UMG are not hype,” they wrote in a note to clients.

The technology sector .SX8P lagged the market, down 0.7 percent after worse than expected results from U.S. chipmaker Nvidia (NVDA.O), the latest in a run of negative news for tech components producers.

ABB (ABBN.S) shares were up 1.5 percent after sources said the Swiss industrials group is in talks with three Asian suitors for the sale of its Power Grids business.