(Reuters) – European shares fell on Wednesday as escalating U.S.-China tensions and a surge in coronavirus cases dented sentiment after an EU-wide debt deal sent the region’s markets to four-month highs in the previous session. 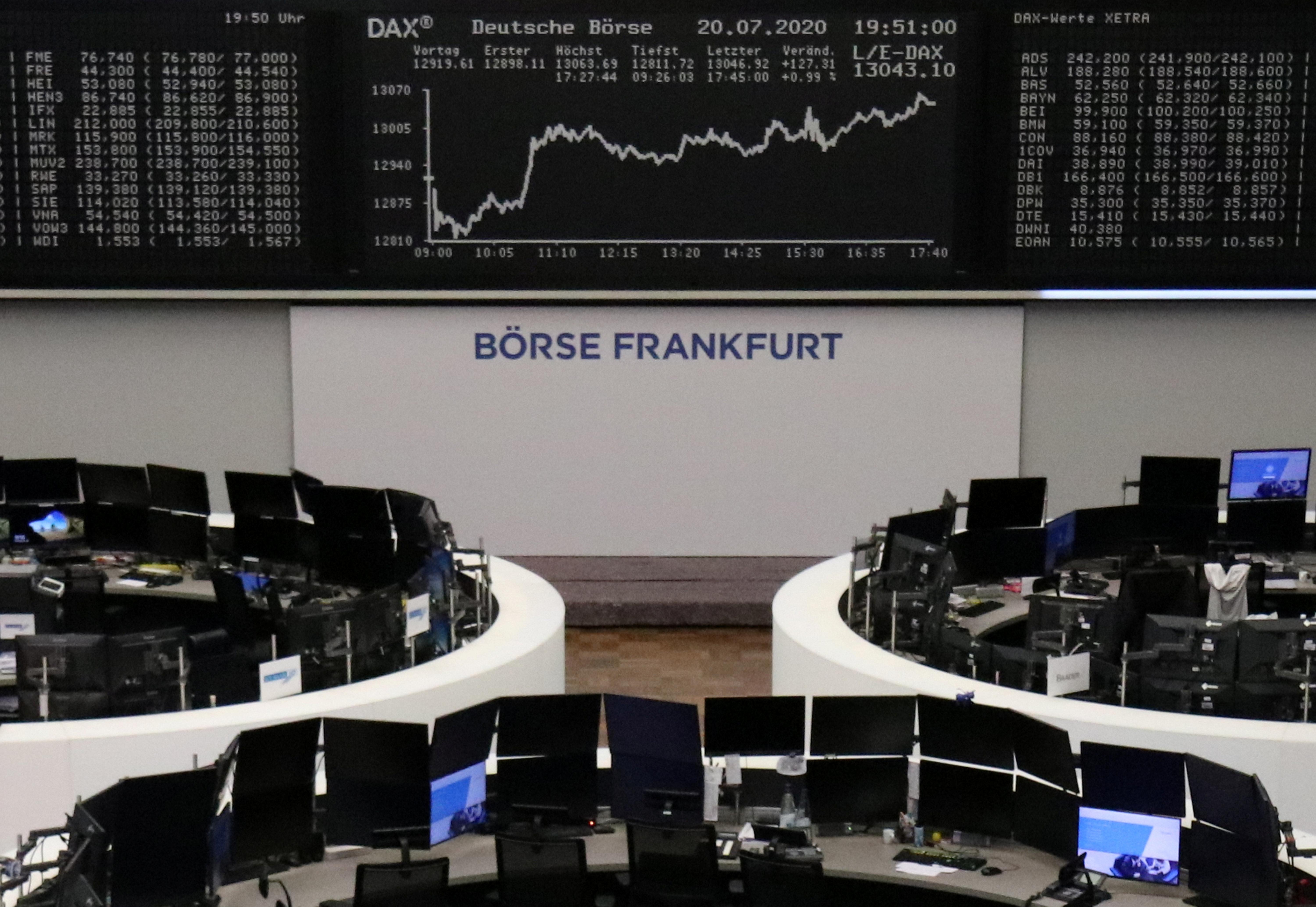 The pan-European STOXX 600 was down nearly 1%, easing from its strongest close since March 5.

Beijing said Washington had abruptly told it to close its consulate in the city of Houston, a move that China said it strongly condemns.

Automakers .SXAP were hit by a 7.9% slide in French car parts maker Valeo SA (VLOF.PA) after it swung to a 1.2 billion euros first-half loss as production was hit due to the pandemic.

U.S. President Donald Trump warned overnight the pandemic would get worse before it got better, while a Reuters tally showed global COVID-19 infections surged past 15 million on Wednesday.

The news hit risk appetite after European Union members reached a deal on Tuesday over a 750-billion-euro ($864.68 billion) coronavirus recovery fund to help with the bloc’s economic recovery from the virus outbreak.

“When these big events are finalised, traders will start looking at profit taking, which will add some pressure to the market,” said Michael Baker, an analyst at ETX Capital.

“There was a lot of buying going into the deal. Now we’re going back to focusing on coronavirus cases.”

Meanwhile in Europe, expectations for second-quarter corporate profits have further deteriorated, according to Refinitiv data, as fears grow over the extent of the recession triggered by the pandemic.

Companies listed on the STOXX 600 are now expected to report a decline of 58.6% in quarterly earnings, versus 56.2% forecast the week before.

Industrial group Melrose Industries (MRON.L) slid 13.2% after it signalled it could lay off an unspecified number of employees after having booked losses in the second quarter.