(Reuters) – European shares fell on Monday, dragged down by cyclical sectors amid a surge in coronavirus cases globally, while investors remained cautiously optimistic about the ongoing talks over an EU-wide recovery fund. 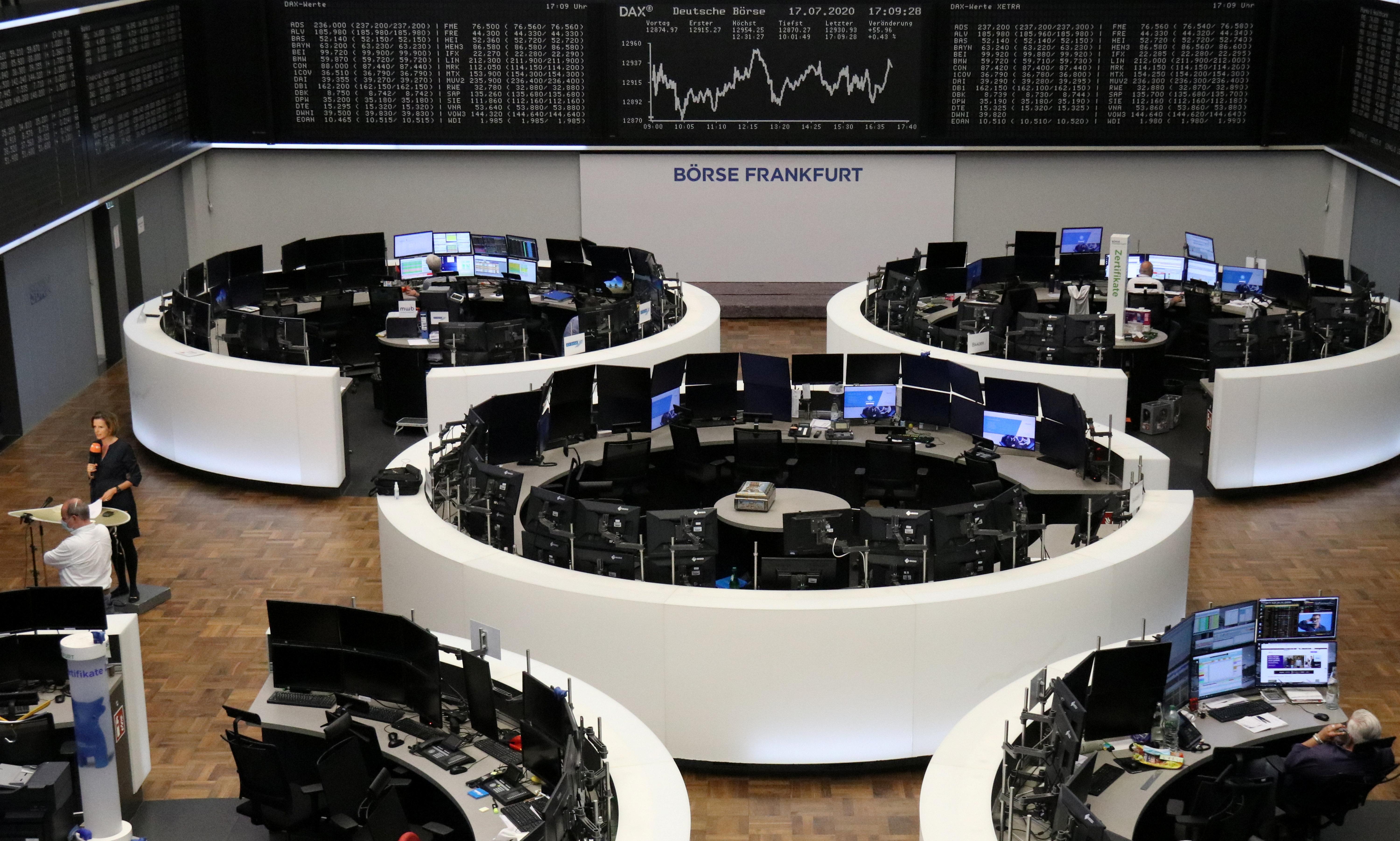 An index of eurozone shares .STOXXE slipped 0.3%, with the euro jumping to a four-month high. [FRX/]

EU leaders were making progress after three days of haggling over a plan to revive economies throttled by the COVID-19 pandemic, but Dutch Prime Minister Mark Rutte, part of the “frugal” states that have opposed the size of grants to be given to the worst affected countries, warned the discussions could still fall apart.

With the meeting adjourned until 1600 CET (1400 GMT), both Rutte and Austrian Chancellor Sebestian Kurz, however, said progress was being made at the talks.

On the table is a 1.8-trillion-euro ($2.06-trillion) package for the EU’s next long-term budget and an attached 750-billion-euro recovery fund.

“Going into this summit, a lot of people believed some sort of a deal will be achieved at some point, so in a way a chunk of the good news is already factored in,” said David Madden, analyst at CMC Markets in London.

“Markets are in a wait-and-see mode. Now that it’s going to be a higher percentage of loans and a smaller percentage of grants being doled out, that is going to put more pressure on the heavily-indebted economies.”

British retailer Marks and Spencer Group Plc (MKS.L) dropped 2% as Sky News reported about its plans to announce hundreds of job cuts in the coming week.

Swiss wealth manager Julius Baer Gruppe AG (BAER.S) declined 3.2% as it reported a 6% drop in assets under management from end-2019 in the six months through June.

Dutch health technology company Philips NV (PHG.AS) gained 3.9% as it expected to return to growth in the second half of the year.