TOKYO — Kurumi Mochizuki is the kind of skilled soccer player who can roll a ball from between her shoulder blades to the top of her head and onto her right foot, keeping it aloft for more than a dozen kicks. She makes it look so easy.

Yet when she practices with her local club team in southeastern Tokyo, her coaches sometimes advise her to take longer breaks than her teammates, and warn her not to pick up heavy bags of balls when clearing equipment from the field.

All because she is a girl.

Kurumi, 13, is the only girl on her team. She plays with boys because there are no girls’ club teams near her neighborhood and no girls’ team at her middle school. Finding a team in high school will be difficult, too. Only one of the 14 schools in Kurumi’s area offers a girls’ team. Her older brother, who plays soccer at his high school, has had no such trouble — almost all the high schools in the district have boys’ soccer teams.

Such is the state of sports for girls and women in Japan, where female athletes often have to go to great lengths to pursue their dreams. Opportunities are limited by the rigid gender norms of Japanese society, which shape women’s lives not only on the playing field, but also in the home and workplace. 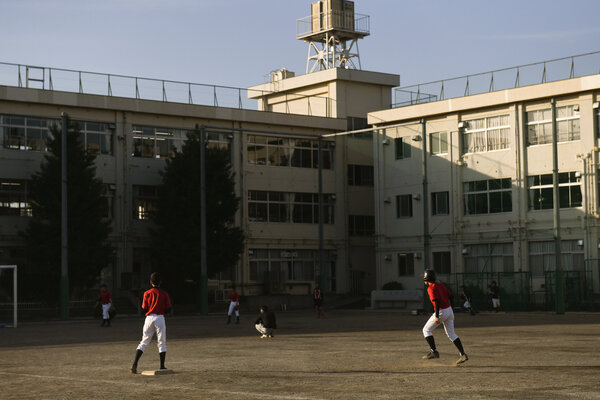 The disparities have remained stark even as Japanese women have outperformed the country’s men in one Olympics after another, and a women’s tennis player born in Japan, Naomi Osaka, has emerged as one of the world’s biggest sports stars.

The Tokyo Olympics, which open next month, offer an opportunity to anoint another crop of champions to inspire girls with athletic aspirations. But after the Olympic spotlight dims, those like Kurumi will still face powerful obstacles.

Japan has no law like Title IX, the American statute that requires schools receiving public funding to offer equal opportunities to boys and girls, and there is no public data on how much schools spend on extracurricular sports or how it breaks down on gender lines.

Female athletes who persevere often have to push past stereotypes that they are doing something unladylike, jeopardizing their chances of attracting boys and later becoming wives and mothers. Even their coaches view their participation through this lens, in some cases giving them etiquette lessons to ensure they are ready for domestic life.

It’s yet another way that Japan fails to help women achieve their full potential as leaders in an array of fields, even as politicians declare that the country must elevate women to bring the economy out of years of stagnation. Although many women now work outside the home, they are still expected to take a back seat to men. And in their daily lives, girls and women are pushed to conform to fairly narrow templates of behavior as demure or delicate.

Whatever society’s expectations, Kurumi hopes to play elite soccer like her hero, Homare Sawa, the captain of the Japanese national team that won the 2011 Women’s World Cup and claimed the silver medal at the London Olympics in 2012.

She followed her brother into soccer when she was 6. “When I was little, I never thought about it,” she said of being the sole girl on her team. “But once I got a bit older, I was much more aware of it.”

The extracurricular soccer team at her public middle school is technically coed, although not one of the team’s 40 players is a girl. Kurumi decided to stick to the club team she had played with since elementary school rather than try to break into a new group at school.

“There is a difference in strength and aggressiveness between boys and girls,” said Shigeki Komatsu, the middle school’s vice principal, standing on the sidelines as the boys scrimmaged on a gravel pitch, their cleats kicking up puffs of dust.

Koko Tsujii, 17, who lives in the Suginami ward of western Tokyo, has been determined to play soccer since the first grade despite her mother’s view that the sport was for boys.