Rescue operations continue for a fourth day in the country’s worst ever jade mine landslide, as more bodies are buried. 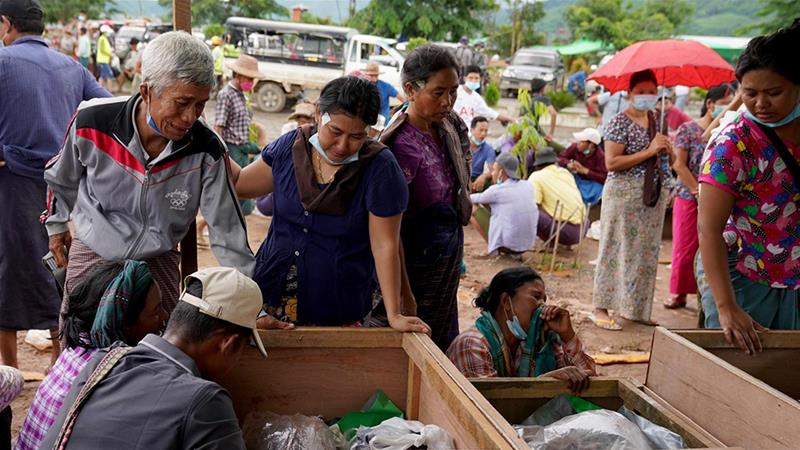 Mandalay, Myanmar – Aye Mon, 30, is left alone with a two–year–old daughter after her husband and younger brother died in Myanmar’s worst jade mine landslide that killed more than 170 people on Thursday.

In hopes of finding gems that might transform his future, her brother, Shwe Moe Tun, 22, had travelled more than 600km (370 miles) from his village in Monywa to Hpakant area of Kachin state in northern Myanmar, home to a secretive billion-dollar jade industry.

“My husband had been working in the jade mining business for more than 10 years. But it was the first time for my brother. It was his second working day in the mine,” Aye Mon told Al Jazeera.

At least 40 jade pickers killed in the disaster at Wai Khar mine were buried on Saturday, the country’s fire services department said on their Facebook page, while 77 others were interred in a mass grave on Friday.

Many more were cremated according to Buddhist traditions.

Rescue operations were still ongoing for the fourth day on Sunday as bodies of the victims were still being recovered from the site of the accident.

Aye Mon’s husband Soe Min, 31, and her brother were among hundreds of jade pickers at the mine when the disaster struck as heavy rains filled the mine with water, creating a lake.

A wall of the mine crashed into the lake, with the huge wave of mud resulting in the deadly landslide.

“My husband and my brother were both buried yesterday [Saturday]. I have nothing to depend on in my life. All I have left is just my two-year-old daughter,” Aye Mon said. 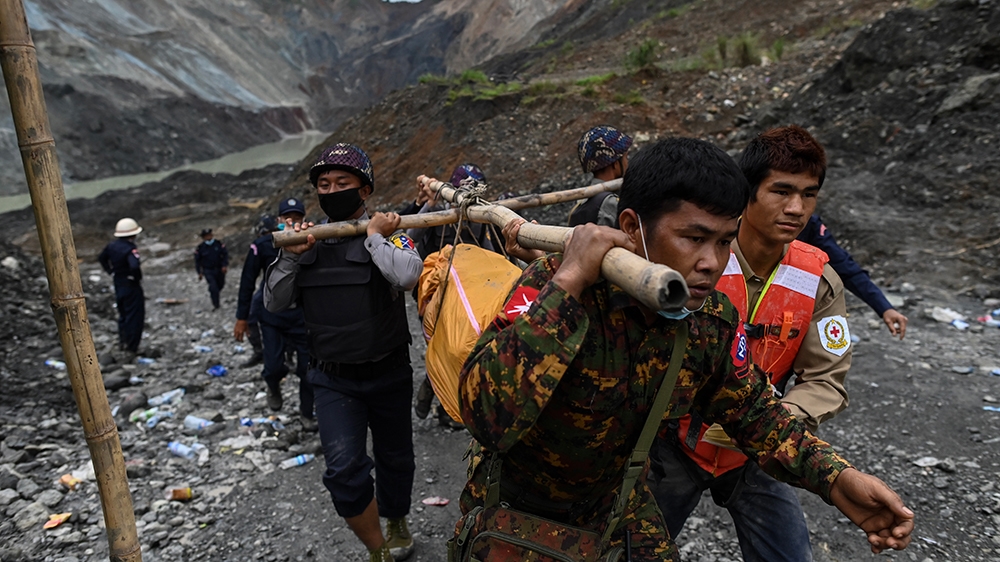 In search of jadeite, a stone exported across the border into China, migrants from across Myanmar travel hundreds of kilometres to Hpakant, in hope of finding the overlooked pieces of jade.

The Wai Khar mine had officially shut down because of the danger of landslides, the Hpakant member of parliament, Khin Aung Myint, told Al Jazeera.

But unauthorised jade pickers, who are expected to pay a share of their earnings to rebel groups operating in the area, still flocked to the mine.

The jade industry is largely controlled by firms linked to Myanmar’s powerful military and the trade is worth billions of dollars a year.

It also said the landslide was a “damning indictment of the government’s failure to curb reckless and irresponsible mining practices”.

‘No words to describe his death’

Win Kyaw, 44, worked as an unauthorised jade picker for 20 years and managed to find pieces that were only worth $10-$15. He said his son, Kyaw Myat Moe, 20, who was killed in the landslide, had managed to find two big pieces but those were taken away from them.

“My son got two big stones last year but a group of soldiers from the Myanmar army took them from him. If we find a big stone, they always come and ask for it,” Win Kyaw told Al Jazeera.

On the day of the accident, Win Kyaw had asked his son to go to work without him as he had some other business to handle. 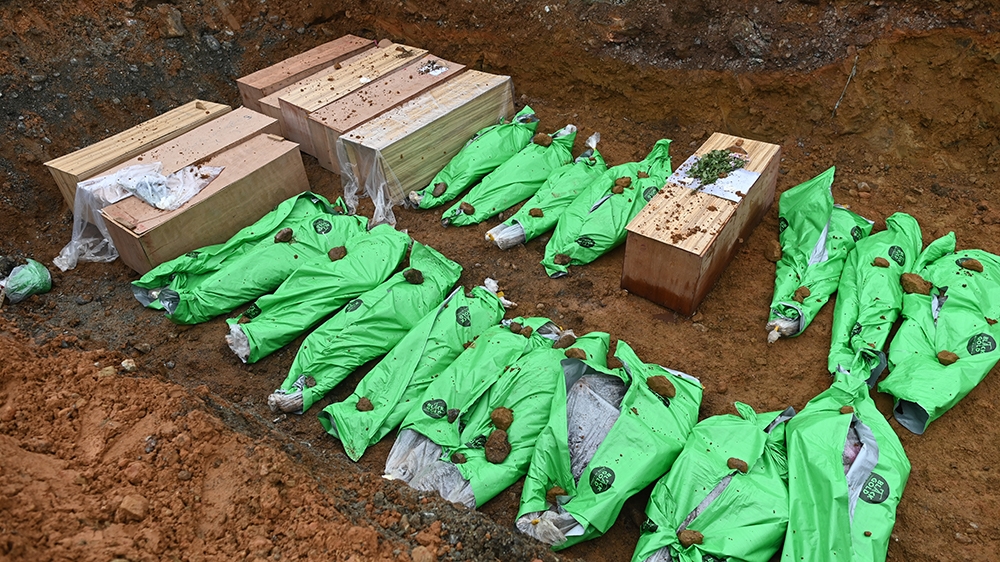 After he heard the news of the landslide, Win Kyaw rushed to the location only to find his son’s body smothered in mud.

“It is a huge loss for the family as we only had one son,” he told Al Jazeera. “I have no words to describe his death. I feel lost. It’s like our legs were broken.”

The distraught father said his nephew helped him in making a wooden coffin for his son. “We buried him yesterday [Saturday],” he said.

Despite the risks, thousands of workers, including Win Kyaw, are still ready to go back to the mines to scour for precious stones in desperation with hopes to strike it rich.

Officials say that makes it harder to prevent disasters like the one that occurred on Thursday.

“I will keep working here. This is the place of my son’s death. I won’t go back until I become rich” Win Kyaw said.