WASHINGTON (Reuters) – Federal Reserve Chairman Jerome Powell said on Thursday the U.S. central bank has the ability to be patient on policy given inflation is stable, allowing it to assess whether the U.S. economy will slow this year as some in financial markets worry.

While those initial comments boosted stocks, they later slipped when Powell said the Fed would shed significantly more assets than it already has. The reaction by investors underscores the delicate balance Powell must maintain as he continues to see strong economic momentum at home even as investors fret over a slowdown overseas.

“Especially with inflation low and under control, we have the ability to be patient and watch patiently and carefully as we … figure out which of these two narratives is going to be the story of 2019,” he said at the Economic Club of Washington.

He also downplayed December predictions from Fed policymakers showing that, at the median, interest rates would be raised twice this year. “There is no such plan,” Powell said. “That was conditional on a very strong outlook for 2019, an outlook that may still happen.”

The U.S. central bank raised rates four times last year in the face of robust economic growth and unemployment that touched its lowest level in half a century.

Powell said, for now, there is no evidence suggesting an elevated possibility of a recession.

“There is no pre-set path for rates … particularly now,” he said. If global growth slows more, “I can assure you … we can flexibly and quickly move policy, and we can do so significantly if that’s appropriate,” he added.

While market reaction to Powell’s comments was fairly muted, the S&P 500 index was down about 0.4 percent and 10-year Treasury yields hit a session high on Thursday afternoon, reflecting investors’ sensitivity to any hint about how much longer the Fed will continue to pare its roughly $4-trillion portfolio of bonds. 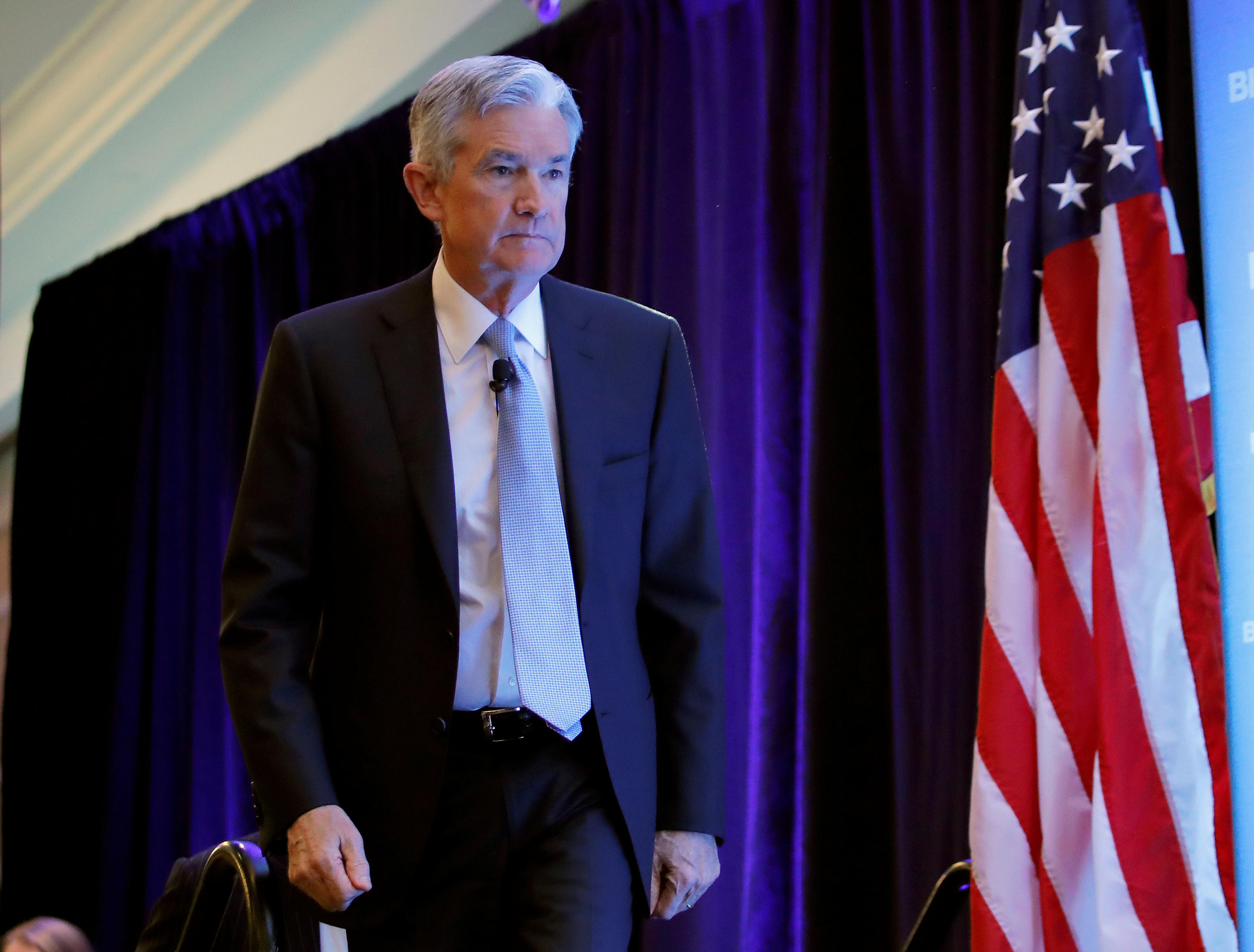 “It’ll be substantially smaller than it is now … but nowhere near where it was before,” Powell said of the balance sheet, which began shrinking in October 2017. Before the Fed began buying bonds in the face of the 2007-2009 recession, it had about $900 billion in assets.

The Fed chief was also asked about the partial U.S. government shutdown. He said an “extended” shutdown would show up in economic data “pretty quickly” and, since it shutters some agencies that provide economic data, it would also make the picture of the economy less clear for the Fed.