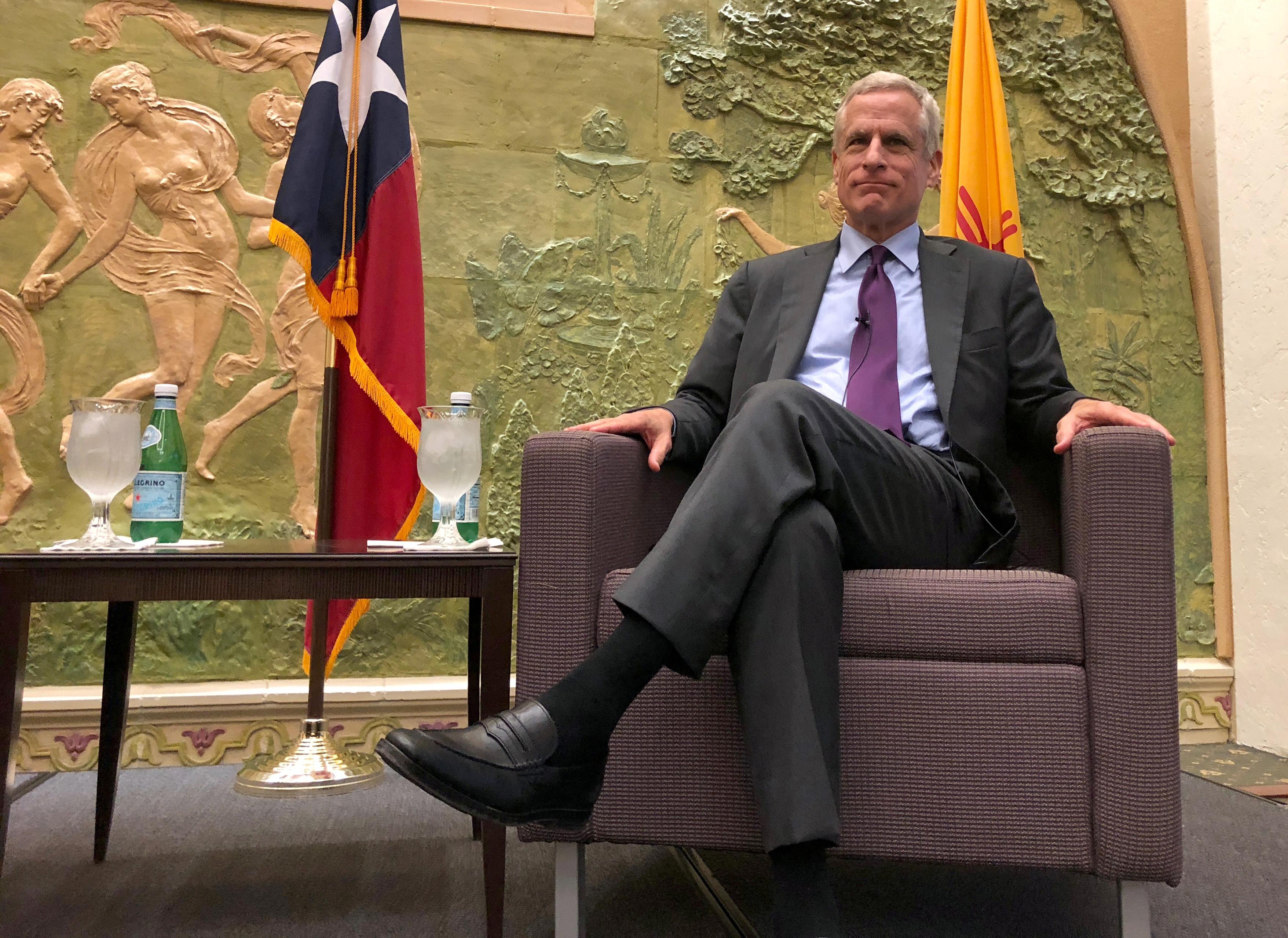 (Reuters) – Dallas Federal Reserve Bank President Robert Kaplan on Monday pushed back against dovish calls from some of his fellow U.S. central bankers, saying it is too early to judge if trade tensions and other uncertainties will hurt U.S. economic growth.

“I believe it would be wise to take additional time and allow events to unfold as we consider whether it is appropriate to make changes to the stance of U.S. monetary policy,” Kaplan wrote in an essay released Monday that updates his views on the economy and policy. “Over the coming weeks and months, I will be closely monitoring developments in the U.S. and global economies as well as the status of financial conditions.”

The Fed last week promised to do just that, leaving short-term rates on hold in the range of 2.25% and 2.5%. Several Fed policymakers on Friday called for rate cuts, as U.S. President Donald Trump has been advocating for months, in large part because of concerns about excessively low inflation. [L2N23S0IG]

But Kaplan, whose views are often aligned with those held by the Fed majority, expressed confidence that inflation will move higher over the next 12 months, buoyed by tight labor markets that are boosting prices and wages despite the inflation-dampening effects of technology.

A strong job market, he said, is also boosting consumer spending and confidence, helping the economy to grow at what he estimates will be a 2% pace this year.

Trade tensions are contributing to a softening in global growth, he said, adding to downside risks to U.S. economic growth. But in his view it is too soon to lower interest rates in response.

“I am concerned that adding monetary stimulus, at this juncture, would contribute to a build-up of excesses and imbalances in the economy which may ultimately prove to be difficult and painful to manage,” Kaplan said.