BERLIN (Reuters) – Germany is ready to pump “many, many billions of euros” into its economy to counter any significant slowdown in growth and the country must take bold measures to fight climate change before it’s too late, Finance Minister Olaf Scholz said on Tuesday. 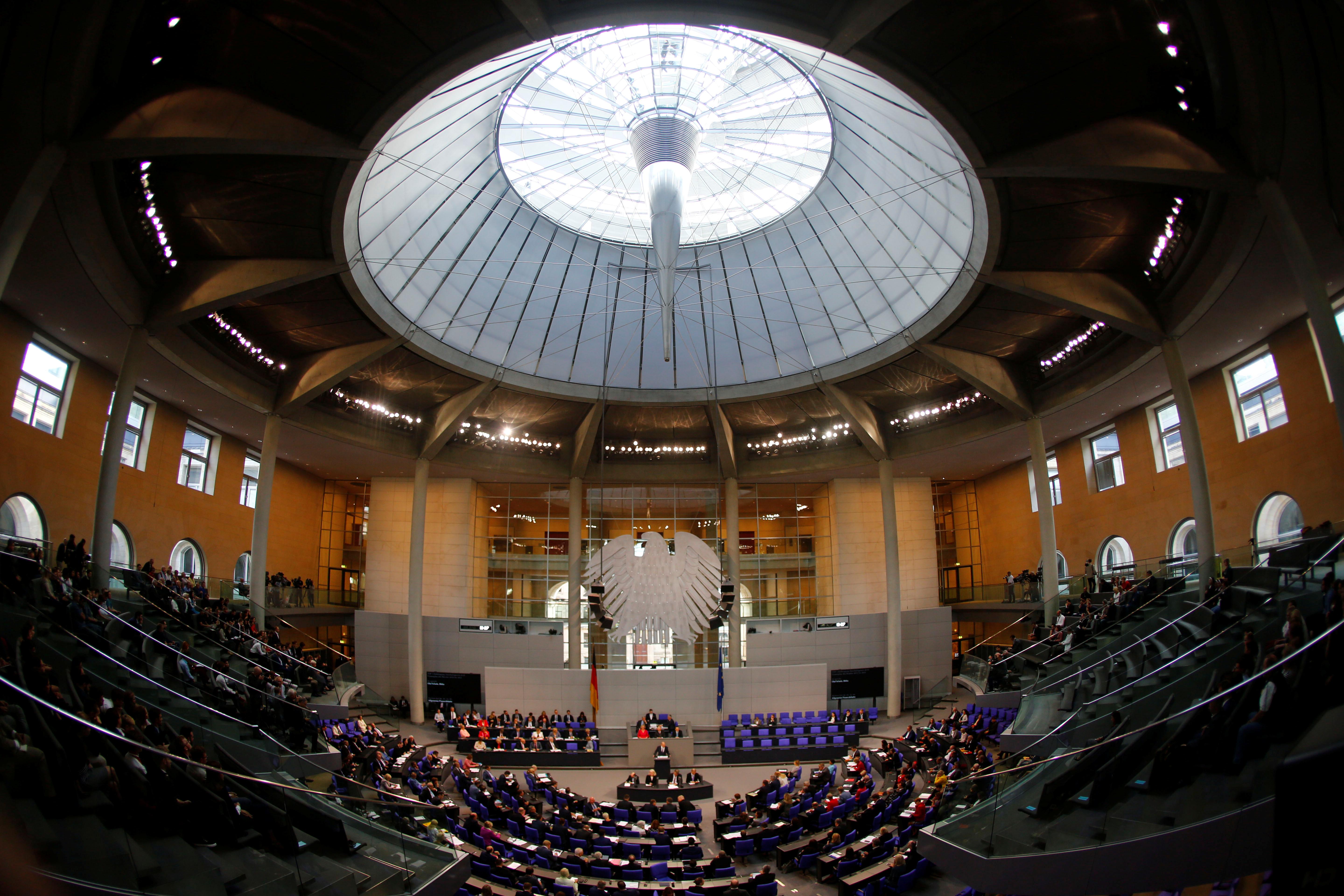 Scholz’s remarks are his strongest hint yet that Berlin is ready to loosen the purse strings to fight any downward economic spiral and come just two days before the European Central Bank is expected to unleash a cocktail of stimulus measures to give the ailing euro zone economy a boost.

Speaking to lawmakers during a general budget debate in the lower house of parliament, Scholz said Germany was in a position to do more if an economic crisis hits thanks to its solid budget planning and rigid policy of not taking on new debt.

“It will be very important for us as the largest economy in the middle of the European Union, whether we are actually able to counteract a negative economic trend,” Scholz said.

“With the solid financial foundations we have today, we are in a position to counter an economic crisis with many, many billions of euros, if one actually breaks out in Germany and Europe,” Scholz said.

German yields rose after the finance minister’s comments, with the 30-year government bond yield DE30YT=RR climbing briefly into positive territory for the first time since August on expectations of increased borrowing.

Scholz’s comments also followed a Reuters report on Monday that said Berlin may set up independent public bodies to take on new debt and boost investment in key parts of the economy, without falling foul of strict national spending rules.

Germany’s economy contracted 0.1% in the second quarter and weak data since has fueled concerns that Europe’s biggest economy could shrink again between July and September and tip the country into recession for the first time since 2013.

Exporters have long been the driver of Germany’s economic growth but they are struggling in the face of a global slowdown, rising trade tensions and growing uncertainty about Britain’s chaotic exit from the European Union.

In his speech to lawmakers, Scholz said climate change had reached a threatening level and the ruling coalition must come up with bold measures to reduce carbon emissions as promised and fight rising global temperatures.

“Now it’s the 11th hour,” he said. “We will not get away with small measures. We really need to push the reset button.”

Chancellor Angela Merkel’s conservatives and Scholz’s center-left Social Democratic Party (SPD) are working on a comprehensive package of climate protection measures that are likely to put a massive burden on the federal budget.

Merkel and Scholz are expected to seal the climate package on Sept. 20 together with SPD Environment Minister Svenja Schulze and conservative Economy Minister Peter Altmaier.

In the parliamentary debate on Tuesday, Altmaier said Germany should reduce its carbon emissions by implementing market-oriented measures rather than imposing bans.

The climate package is likely to include a wider pricing mechanism for carbon emissions and payouts for low-income families to cushion the impact of the new measures. 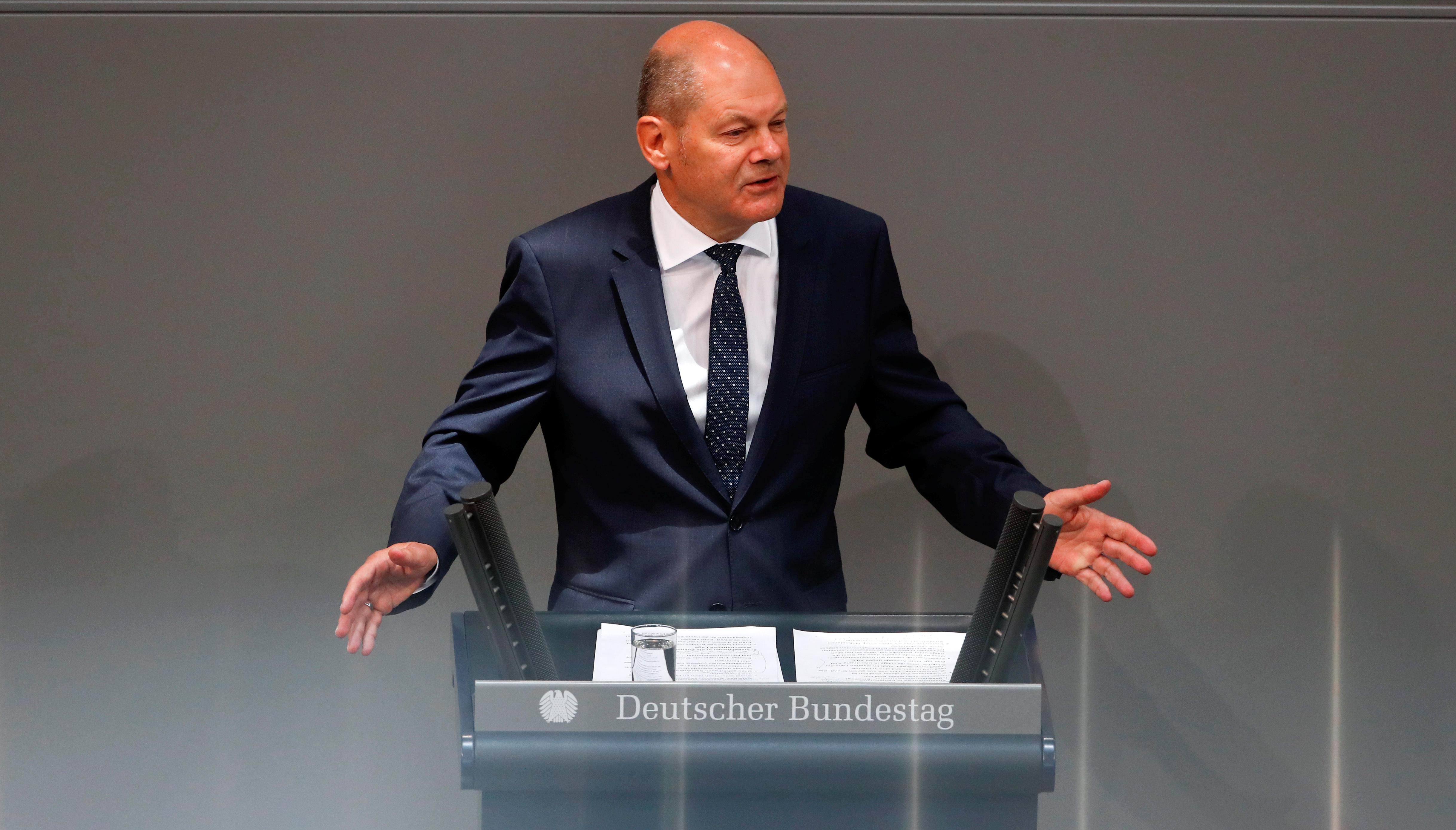 Altmaier also promoted his idea of a non-profit climate foundation into which Berlin could initially inject 5 billion euros. The foundation would issue interest-free loans for climate protection projects – up to a maximum of 50 billion euros – with the aim of reducing German carbon emissions.

That’s roughly the amount needed to finance the additional climate protection measures the government is considering.

Altmaier has said any borrowing or lending through such a non-profit foundation would not violate the federal government’s self-imposed balanced budget goal – or its more formal debt brake – because the foundation would be private.

About 200 firefighters battled the blaze and one woman was arrested as police investigate possible arson. A woman has been arrested after 10 people died…