SINGAPORE – The Hajjah Fatimah Mosque stands tall in Kampong Glam, holding its own in an area known for iconic buildings such as the Sultan Mosque.

It is one of the oldest mosques in Singapore and is affectionately nicknamed the Leaning Tower of Singapore due to a slight tilt to its minaret tower.

But at more than 170 years old, the mosque requires a lot of care.

Helping with that is the National Monuments Fund (NMF).

The Hajjah Fatimah Mosque is one of 20 national monuments which received a total of $2.24 million from the fund for restoration and maintenance works in 2020 and 2021.

The 20 of them represent about two-thirds of the monuments eligible for funding, said the National Heritage Board (NHB) in a statement on Friday (Nov 12).

Launched in 2008, the fund is a co-funding scheme administered by the NHB. It supports monuments that are owned and managed by non-profit or religious organisations, which currently comprise 31 of Singapore’s 73 monuments.

Funds are disbursed for two types of work – maintenance and restoration – and the disbursement quantum is assessed based on the severity and urgency of the work required.

NHB also assesses applications based on the monument owners’ ability to finance the required work by considering the owners’ financial needs and the sources of funding available to the owner.

Mr Chern Jia Ding, senior assistant director for architecture and inspectorate at NHB, said disbursed funds cover at least 50 per cent of the cost of the works.

“If we go anything below 50 per cent, it doesn’t give (monument owners) enough capital to start works, so that will not make any sense,” he said.

The board said the fund has evolved based on the needs of monument owners and occupiers over the years, and in response to their feedback.

For instance, more types of works have been added to the list of qualifying works for maintenance funding based on feedback.

This year, fire protection maintenance works were added to the list.

Ms Jean Wee, director of NHB’s Preservation of Sites and Monuments division, said this change was made after the board saw the extent of the damage that fire caused to Paris’ Notre-Dame cathedral in 2019.

In Parliament earlier this month, changes to the Preservation of Monuments Act – which lays out laws to protect monuments – were debated and passed.

Workers’ Party MP Leon Perera had suggested then that the National Monuments Fund could be expanded to cover more maintenance works.

Ms Wee said the board has always tried to improve its support for monument owners, citing the increased amount of funding made available over the years since the fund was launched and the gradual addition of qualifying maintenance works.

“We will continue to expand the utilisation of the maintenance fund by expanding the qualifying works that can be considered for and supported by the maintenance grant,” she said.

One of the recipients of the fund was Maghain Aboth Synagogue, which obtained $393,751 in 2021. The money  will go towards the repair and replacement of the synagogue’s timber roof.

Another recipient was Lian Shan Shuang Lin Monastery, which received $32,660 for restoration works in 2020. It erected a temporary roof cover for the entrance hall, in anticipation of further restoration of the building.

Its restoration committee chairman Chuang Shaw Boon said NHB’s support through the fund “will uphold the legacy and propagate the uniquely traditional architecture of the monastery”.

“This will provide future generations with a real and palpable experience of our rich cultural heritage and in turn instil an innate desire to serve the community,” he added.

Sultan Mosque, at the heart of Kampong Glam, received $112,500 which financed asbestos removal works and the installation of gypsum boards in its place.

As for the 175-year-old Hajjah Fatimah Mosque, it received $30,623 for restoration works in 2021. The money was used for waterproofing works that began in September and were completed last week. 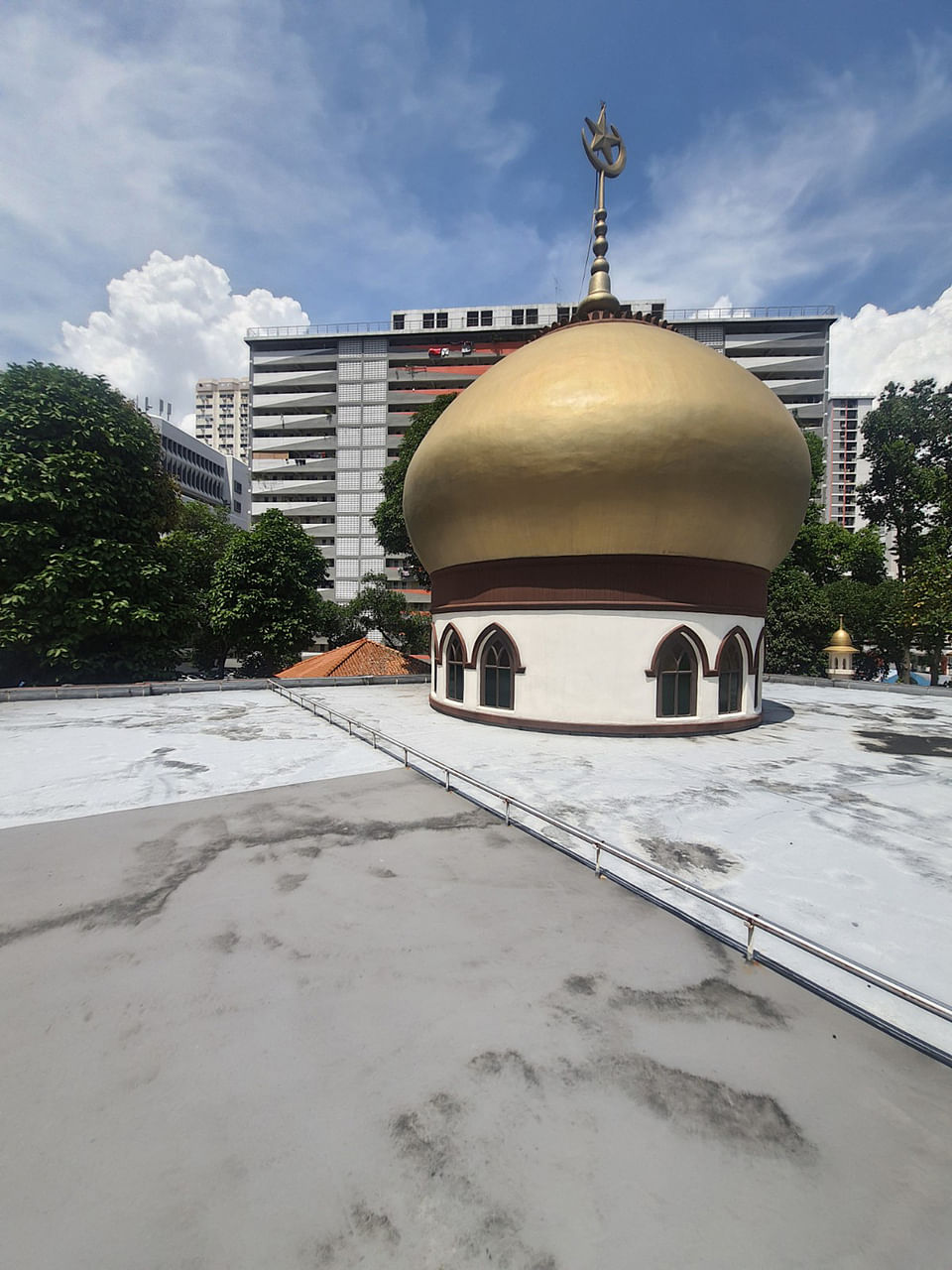 Its manager, Mr Abdullah Alsagoff, said: “Being a historical and iconic building, the mosque has an appeal that attracts many people for a multitude of reasons, one of which is its unique architecture.

“At close to two centuries old, it needs a lot of care. With the grants that NHB has provided for its facade and upkeep, the mosque has been able to continue being a landmark for the community even till today.”