SINGAPORE – Indonesian air stewardess Nur Cindera Kasih was heartbroken when her 74-year-old father, who was stricken with Covid-19, pleaded to go home after hours of driving fruitlessly around Jakarta looking for a hospital to take him in.

“We went to so many hospitals but were turned away as the beds were full. Some security guards even stopped us at the entrance although they could see Papa in the back seat breathing through an oxygen cylinder,” the 30-year-old told The Straits Times by phone.

After two weeks of battling the coronavirus, Mr Mohamed Noh Mohamed, a Singaporean living in Jakarta, succumbed in late July to the disease that also infected his Indonesian wife and their two daughters. He was buried in a public cemetery in Rorotan in North Jakarta, one of five Covid-19 burial grounds in the city.

Thousands of family clusters – Covid-19 patients hailing from the same households – have emerged in Indonesia with the spread of the highly transmissible Delta variant.

The country, which has overtaken India as the epicentre of Covid-19 in Asia, has seen record cases on most days since June 20. As at Saturday (Aug 14), infections stood at more than 3.8 million and deaths at over 115,000.

Ms Nur Cindera, the last in her family to catch the virus, recounted her struggle to care for her sick family members. With her mother in hospital, sister isolating at home and father struggling to stay alive, she was at her wits’ end, she said.

Her father’s condition worried her the most. In the blink of an eye, Mr Noh transformed from an active and healthy man who ran 10km regularly into a bedridden patient who could eat only porridge, she said.

“Initially, he could still talk and would video-call his friends and family in Singapore and Malaysia. But later, he could not talk and had to be hooked up to the oxygen cylinder,” she said.

Her attempts to admit Mr Noh into an intensive care unit were futile, with the bed occupancy rate in the capital’s overloaded hospitals soaring to more than 90 per cent. 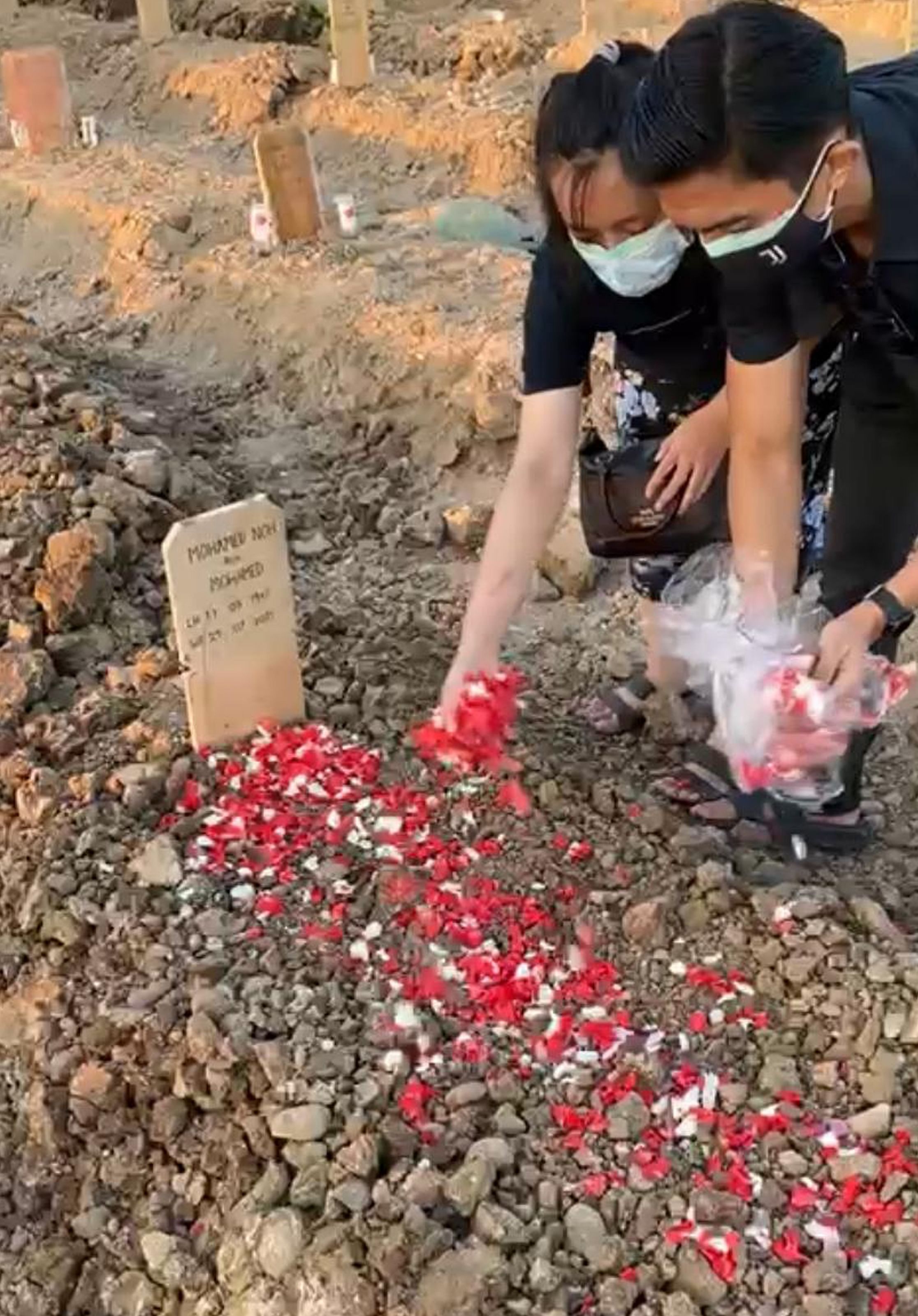 So far, more than 53 million people in Indonesia have been fully vaccinated, below the targeted 181 million to reach herd immunity. The government administers about 1.3 million doses a day.

A 30-year-old journalist who wanted to be known only as Cilla said seven members in her household, including herself and her parents, tested positive for Covid-19 in July despite having adhered to health protocols.

“I was more worried about my parents. All of us had been vaccinated except for my mother,” she told The Straits Times.

After several attempts, she secured an oxygen cylinder at 1.5 million rupiah (S$142) for five days of use. “But the oxygen didn’t help and my mother’s condition worsened.”

She was able to find a bed for her mother in a hospital corridor packed with patients. “I saw with my own eyes how busy the healthcare workers were, and how Covid-19 patients were placed in beds lined up in the corridor.”

While the worst may be yet to come, some are trying to get a semblance of their lives back.

Mr Ryan Michael, 21, said that despite being vaccinated, he stayed indoors when daily cases were at their peak in June. But he has begun to go out for runs with friends.

“We don’t want this virus to control us; we may have to live alongside it. We have to be careful and maintain health protocols such as wearing masks and social distancing as much as possible.”