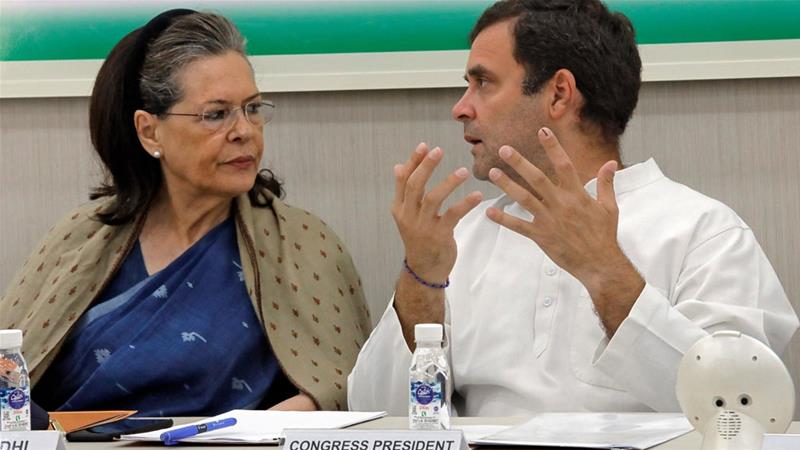 The leader of India’s main opposition Congress party offered to resign on Monday, local media reported, after almost two dozen top leaders called for better decision-making in the party, which has ruled for much of the country’s independent history.

The call, made in a letter, is a rare challenge to the Nehru-Gandhi dynasty that has dominated Congress since India won independence in 1947 from colonial ruler Britain.

Italian-born Sonia Gandhi, the widow of former prime minister Rajiv Gandhi, asked the party to relieve her of her role as interim president in a speech to a virtual meeting of the Congress Working Committee – the highest decision-making body, Reuters partner ANI reported.

“Sonia Gandhi asks CWC members ‘to begin deliberations towards the process of transition to relieve her from the duty of party president’,” ANI said on Twitter, citing unidentified sources.

Two party sources said the signatories to the letter expect the Gandhi family to either play a pro-active role or step down, adding that more than 300 regional Congress politicians also supported the letter.

But several figures in the party, including the chief ministers of Congress-led states, have publicly backed her continuing in the role.

“News of 23 senior most Congress leaders writing (a) letter… is unbelievable and if it is true – it’s very unfortunate,” Rajasthan Chief Minister Ashok Gehlot said in a tweet, calling for Sonia Gandhi to stay on.

Manmohan Singh, who served as prime minister between 2004-2014, also threw his weight behind Gandhi, who took over de facto leadership of the party last year from her son Rahul.

The party is expected to announce its decision at a news conference set for 3pm local time (09:30 GMT).