TOKYO (Reuters) – Japan’s July exports are expected to have recorded a double-digit decline for the fifth straight month as the coronavirus pandemic hit global demand, a Reuters poll showed on Friday. 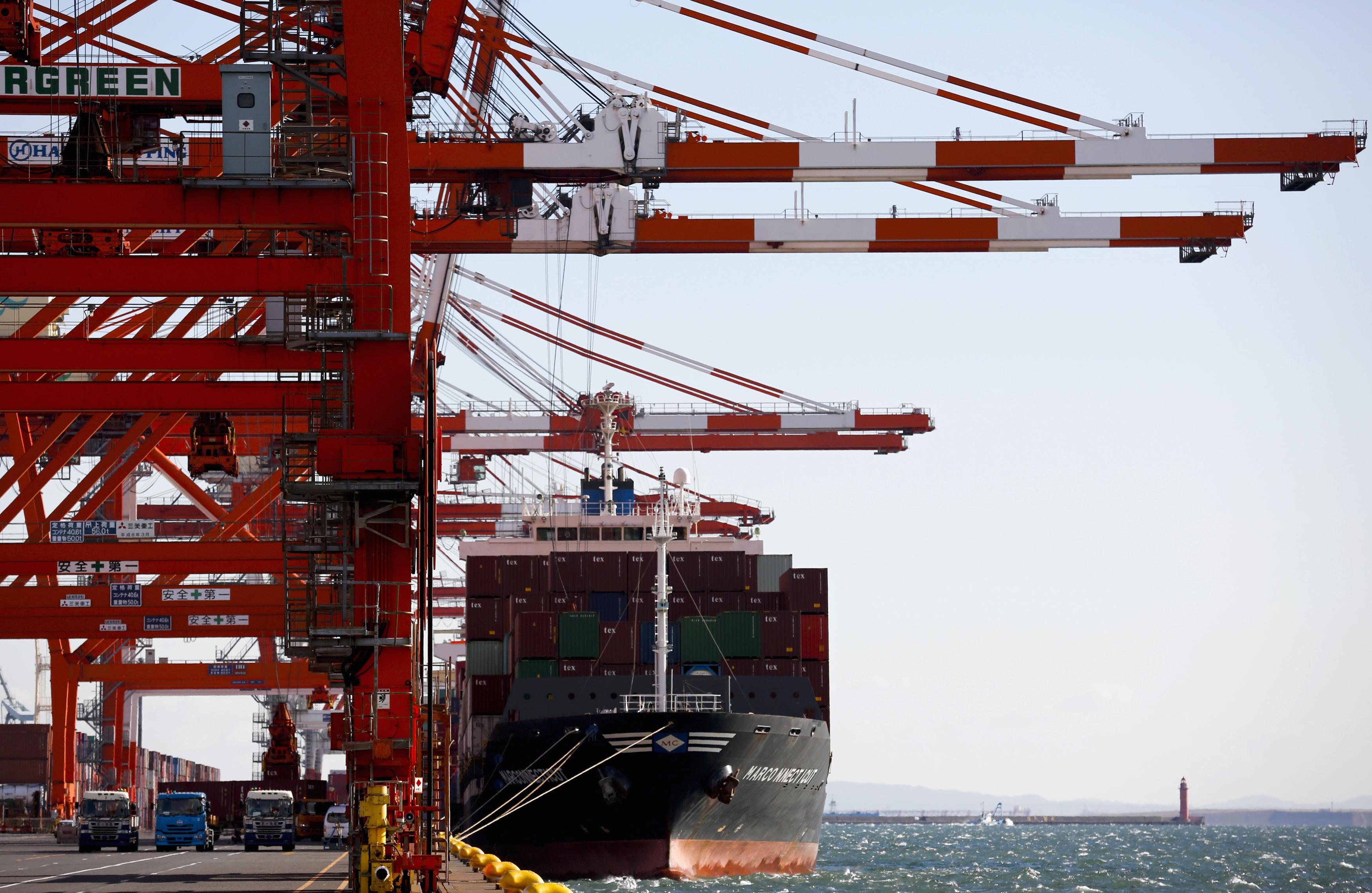 The poll also showed machinery orders in June rose for a second straight month and core consumer prices probably grew for the first time in four months in July.

But analysts say weak global demand and restrictions on business activities in some major economies due to a resurgence in infections suggest any recovery in the world’s third-largest economy will likely only be moderate.

Exports in July were projected to fall 21.0% from a year earlier, less than a 26.2% tumble in June, the poll of 16 economists showed.

“But the pace of global economic recovery will likely remain modest due to uncertainty over the containment of the coronavirus. Exports likely tumbled year-on-year.”

The poll also showed machinery orders, a leading indicator of capital expenditure, rose 2.0% in June from the previous month, after a 1.7% gain in May.

Analysts said the reopening of businesses after a nationwide shutdown supported core machinery orders, but worsening corporate profits and uncertainty over the outlook would probably limit the pace of recovery.

The government is due to publish trade data and machinery orders at 8:50 a.m. on Wednesday (2350 GMT Tuesday).

The core consumer price index (CPI), which includes oil products but excludes volatile fresh food prices, likely rose 0.1% in July from a year earlier, helped by a pick-up in oil prices and some recovery in consumer demand, the poll showed.