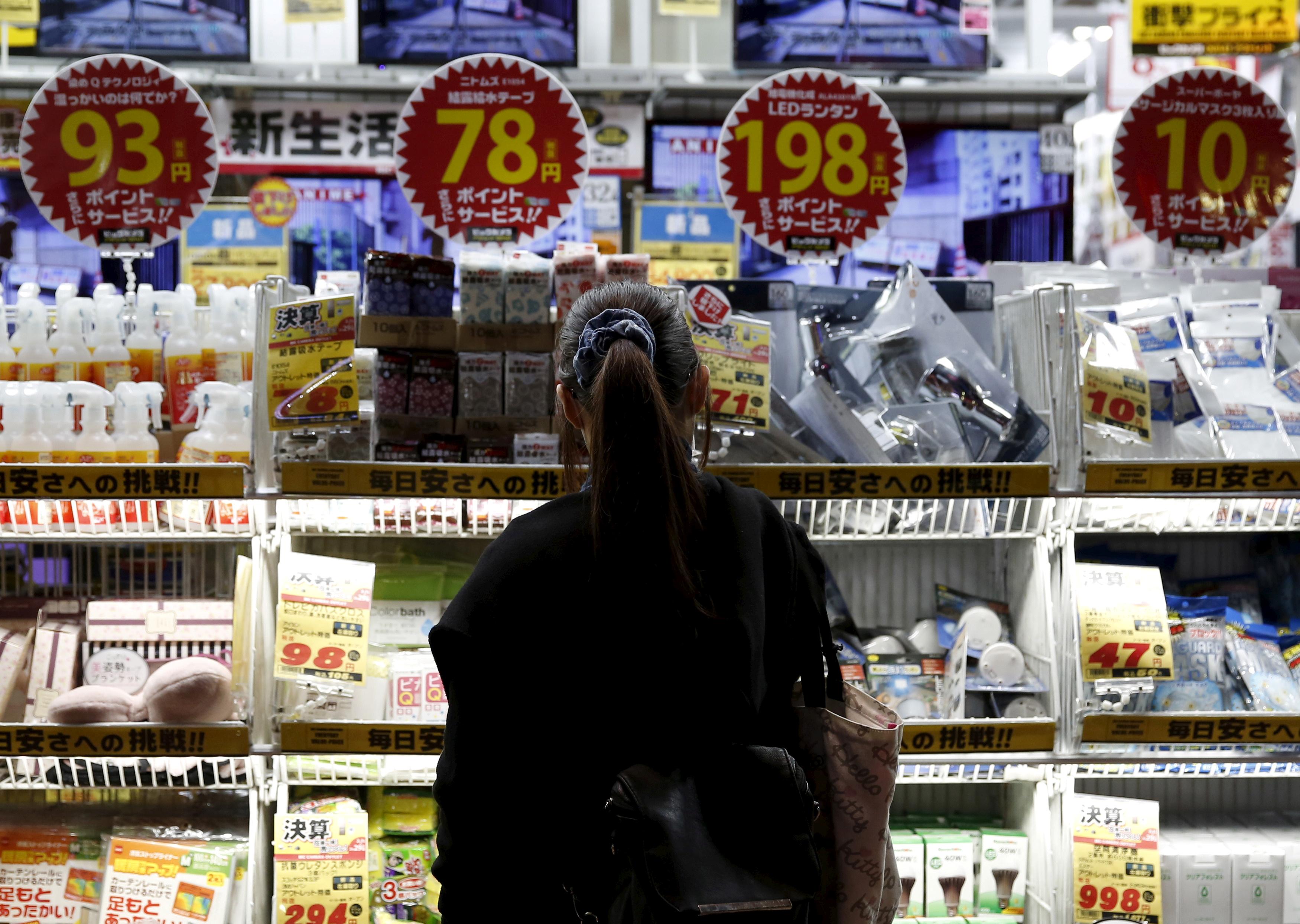 With half of the gain due to higher energy costs, the Bank of Japan may face increasing difficulty achieving consistent price growth as global trade frictions and slowing Chinese demand cloud the outlook for the export-reliant economy.

In a sign inflationary pressure is barely building up, an index excluding the effect of both fresh food and energy costs showed inflation of 0.4 percent in October, steady for three straight months.

“The data shows it will take quite a long time for inflation to hit the BOJ’s target,” said Takeshi Minami, chief economist at Norinchukin Research Institute.

“The BOJ is unlikely to change its stance” of maintaining its massive stimulus program, he added.

Stubbornly soft inflation has dashed the BOJ’s hopes that solid economic growth would translate into higher prices, forcing the central bank to maintain its huge stimulus despite unwelcome side-effects such as the erosion of financial institutions’ profits from years of near-zero interest rates.

Despite grumbling over the rising negative impact of its stimulus, the BOJ is likely to keep inflation as its primary policy consideration, sources have told Reuters.

Many analysts expect core consumer inflation to stall at or slow from current levels in coming months, given recent declines in crude oil prices.

The central bank will face additional challenges from one-off factors that could push down consumer prices next year, such as expected cuts in mobile phone charges.

The darkening outlook for Japan’s economy also bodes ill for the BOJ’s efforts to fire up inflation to its elusive target.

Escalating Sino-U.S. trade frictions are beginning to hurt Japanese business sentiment, stoking fears that any rebound in growth from an economic contraction in July-September could be weaker than expected.

Japan’s government maintained its upbeat economic assessment on Thursday but pointed to signs of weaknesses in Asia as trade frictions dim the region’s growth outlook.

Overall annual consumer inflation, which includes fresh food and energy costs, ticked up to 1.4 percent in October from 1.2 percent in the previous month, as summer typhoons and rain damaged crops and pushed up vegetable prices.

“Underlying trend inflation remains weak, and prices will continue to be swayed by external factors like currency and oil moves,” said Taro Saito, an economist at NLI Research Institute.

“There’s a good chance core consumer inflation will slide below 1 percent by the end of this year.”