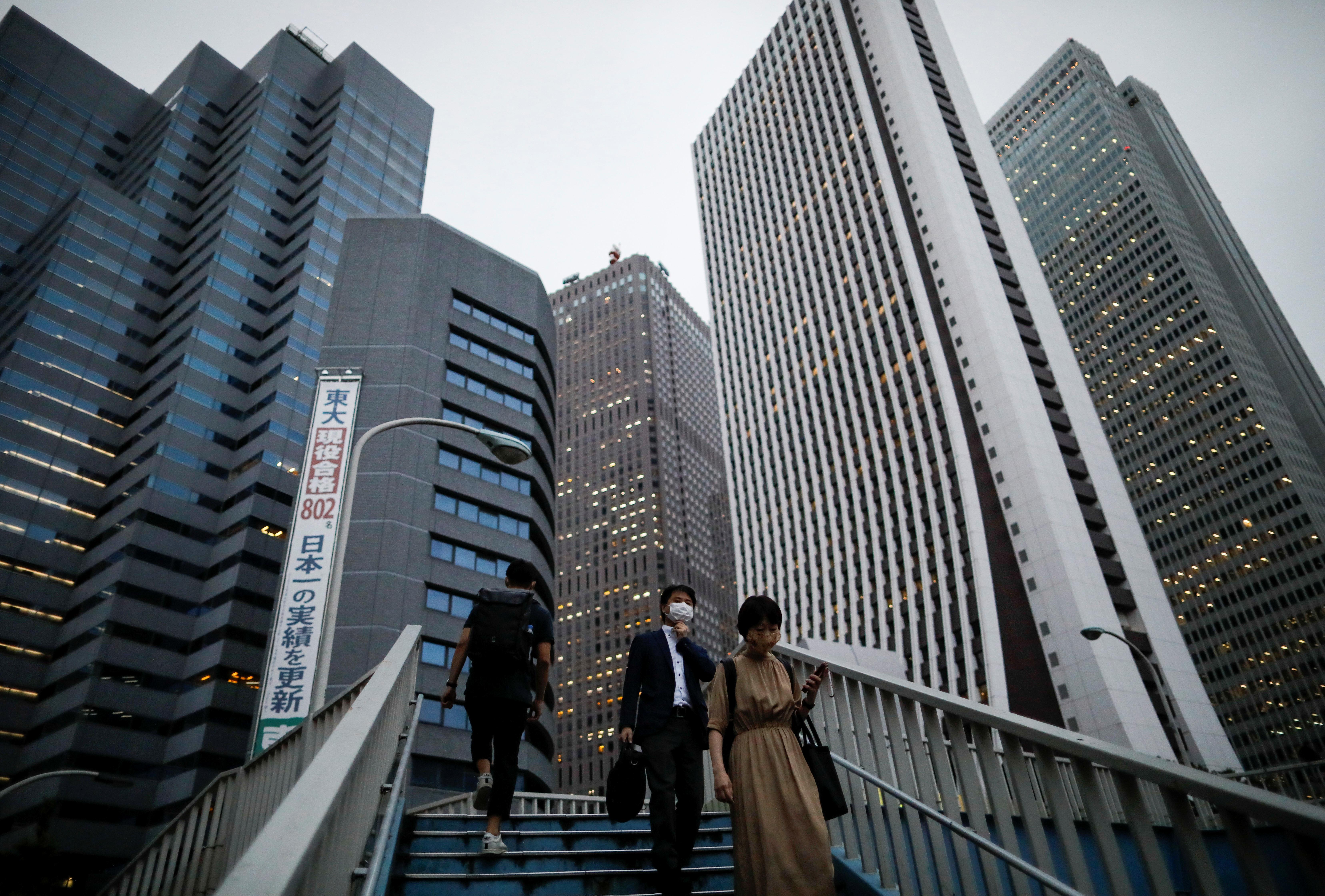 TOKYO (Reuters) – Major Japanese banks saw record demand for the corporate loans they offer in the three months to July, a central bank survey showed on Friday, as companies hit by the coronavirus pandemic scrambled to fill cash shortfalls.

The figures underscore just how much damage the coronavirus and measures to contain the outbreak have done to the world’s third-largest economy, which is struggling with its worst postwar recession.

The diffusion index – a gauge of companies’ demand for funds at commercial banks – hit +59 in July, surging from +14 three months ago, according to a Bank of Japan (BOJ) quarterly survey.

It was the highest level since the BOJ began compiling the data in 2000.

Demand for loans from manufacturers and non-manufacturers of all sizes at commercial banks surged, as companies sought to meet immediate funding needs and build up cash reserves as a precaution, the survey showed.

By contrast, an index gauging households’ demand for loans at commercial banks slumped to a record low of -24 from -7 three months ago, as lockdown measures keeping citizens at home hit consumption, according to the survey.

The government has deployed massive stimulus packages to cushion the blow of the coronavirus on the economy, while the BOJ has eased monetary policy twice this year to pump money into cash-strapped small firms.