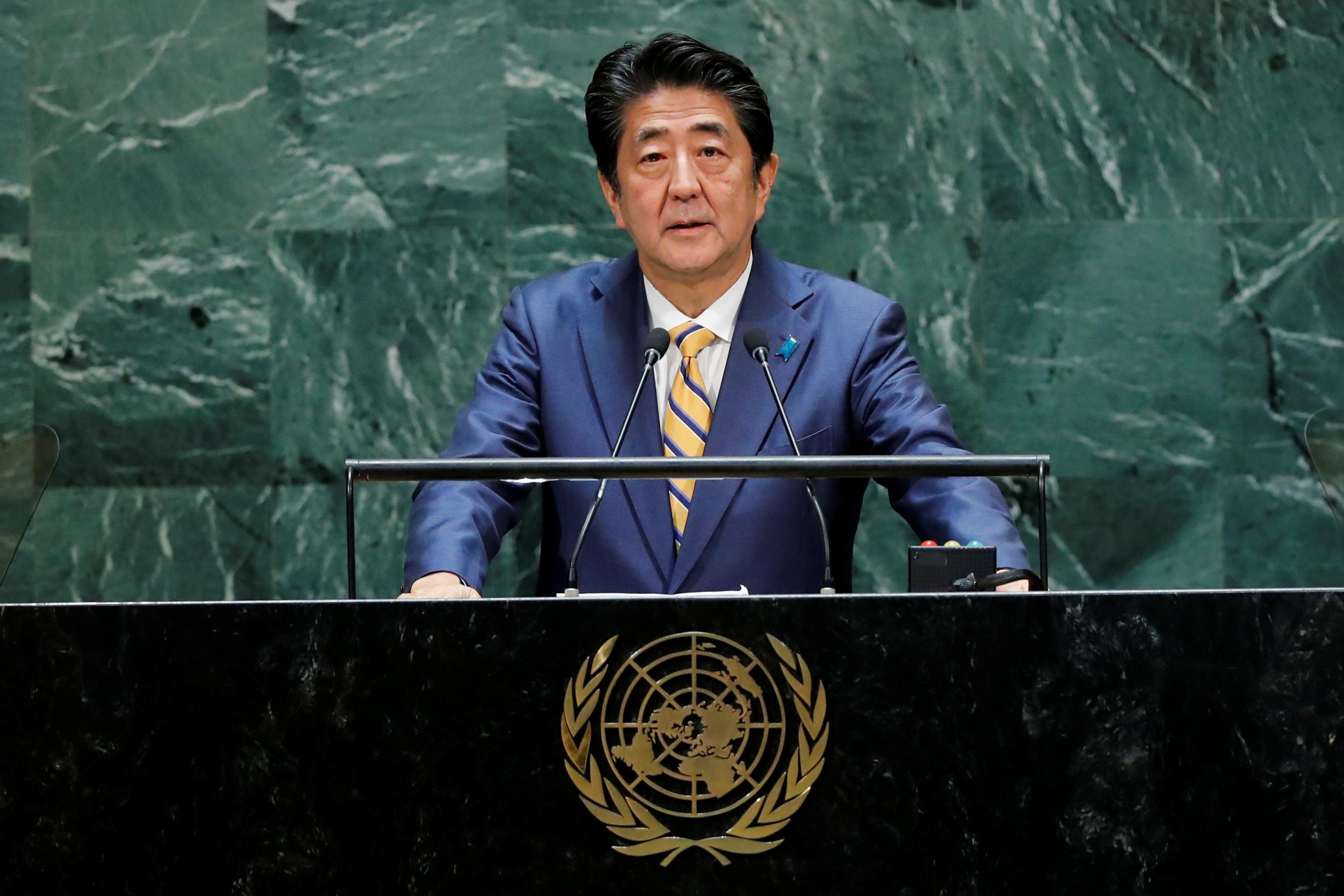 In a speech to the United Nations General Assembly, Abe called the Sept. 15 attacks on Saudi oil facilities “an extremely contemptible crime that holds the international economic order hostage”.

He did not, however, specify who Japan thought was behind the attacks, which Riyadh, Washington and the leading EU powers have blamed on Iran. Japan has traditionally had friendly ties with Iran and Abe has been trying to ease the tensions between Tehran and Tokyo’s closest ally, Washington.

“It is my own unchanging role to call on Iran as a major power to take actions that are grounded in the wisdom derived from its rich history,” Abe said, noting that Japan shared concerns regarding the Middle East situation.

“The approach by which the two leaders talk candidly with each other and try to work out the issues at hand while seeing a bright future ahead has changed the dynamics surrounding North Korea,” he said. He repeated that he wants to meet North Korean leader Kim Jong Un “without attaching any conditions”.