The pair tied the knot in Tokyo last month in muted fashion, following years of tabloid gossip and online sniping over their union that Komuro said caused her “sadness and pain”.

A move to the United States had long been rumoured. The two 30-year-olds finally boarded a commercial flight Sunday from Tokyo to New York, where Kei Komuro attended law school and now works.

Heavily guarded by police and airport officials, the couple passed before some 100 journalists and cameramen without responding to questions.

Mako, the niece of Emperor Naruhito, lost her royal title when she married a commoner under post-war succession laws that also only allow male members of the imperial family to ascend the throne.

After announcing their engagement in 2017, the Komuros were confronted with a barrage of reports alleging that Kei’s family had run into financial difficulties.

“I have been scared, feeling sadness and pain whenever one-sided rumours turn into groundless stories,” Mako said at a press conference after their marriage.

Kei said he felt “very sad that Mako has been in a bad condition, mentally and physically”, declaring: “I love Mako. We only get one life, and I want us to spend it with the one we love.”

The controversy surrounding the pair, and their US move, has drawn inevitable comparisons with another royal couple: Britain’s Prince Harry and Meghan Markle.

Japanese media said the Komuros, who met at university in Tokyo, have already secured a place to live in the Big Apple.

The original plan had been for Kei to travel to the United States ahead of Mako, with the former princess joining him after she got her first passport, reports said. 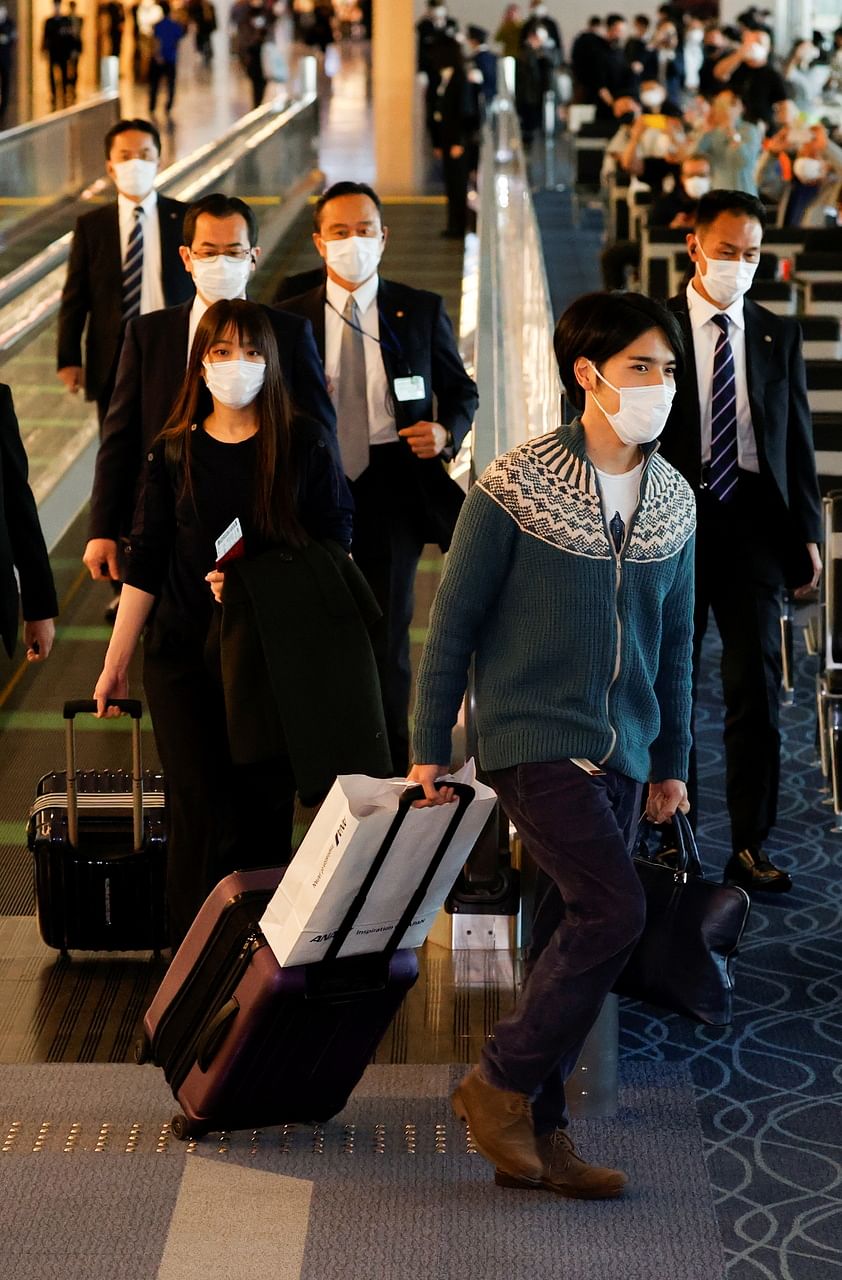 But Kei stayed in Japan longer than expected to attend the funeral of Mako’s grandfather.

Japan’s emperor holds no political power, but is an important symbolic figurehead.

With a dwindling supply of male royals, there has been some debate over changing the rules in Japan, with polls showing the public broadly support women being allowed to rule.

But any change is likely to be slow, with traditionalists vehemently opposed.