TOKYO (Reuters) – Japan’s household spending rose slightly and higher bonus payments lifted wages in December, though the underlying trends in these two gauges showed only modest improvement and pointed to a difficult year for the economy as risks to growth increases. 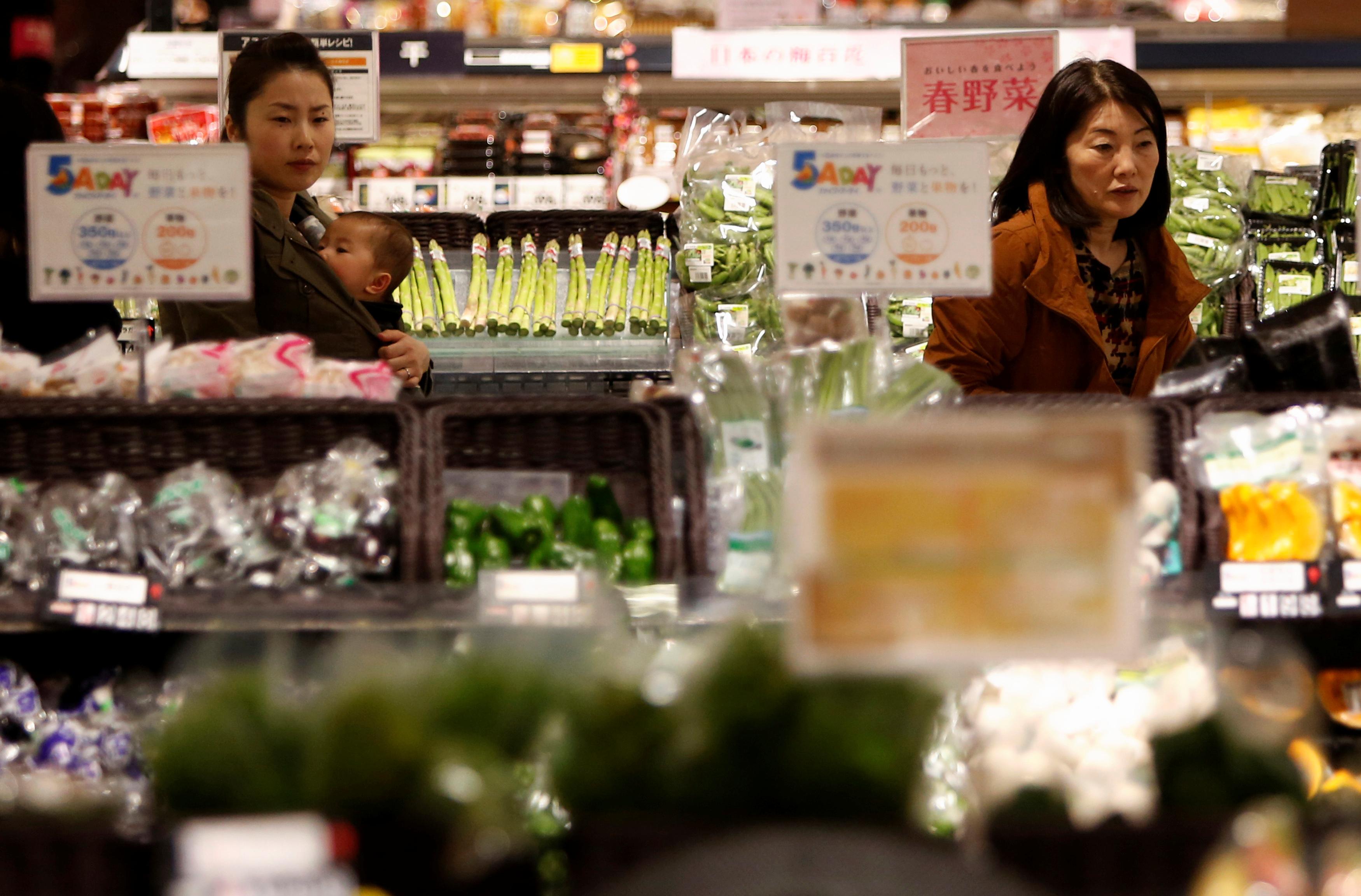 Recent revelations that faulty polling methods were used to compile monthly wage data have also cast doubt on whether the benefits of Japan’s economic recovery have broadened as much as Prime Minister Shinzo Abe says.

Household spending was up 0.1 percent in December from a year earlier, government data showed on Friday, marking the first increase in four months but still well short of a median market forecast for a 0.8 percent increase.

Separate data showed inflation-adjusted real wages rose 1.4 percent in December, though the gain was mostly due to an increase in winter bonuses. Regular pay, which accounts for the bulk of monthly wages, rose at a slower 0.9 percent pace in the year to December, from a 1.3 percent increase in November.

Many analysts see a gloomy outlook as slowing global demand, trade protectionism and volatile markets give companies plenty of excuses to put off further wage hikes.

“But companies may not raise wages much this year because there is so much uncertainty on the global economy,” he said. “There’s a small but likely chance the economy may contract again in January-March.”

Analysts say consumption held up in the final months of 2018 as falling gasoline and vegetable costs lifted households’ purchasing power.

Household spending rose 0.2 percent in October-December from the previous quarter, underscoring market expectations the economy likely rebounded from a third-quarter contraction blamed on bad weather and a string of natural disasters. The government will release October-December GDP data on Feb. 14.

But there is uncertainty on whether there will be a sufficient boost in consumption to offset weakness in exports, as slowing global demand and U.S.-Sino trade frictions hurt business sentiment.

Exports in December fell the most in more than two years, heightening the chance Japan could slide into recession this year. Manufacturing growth also stalled in January as companies cut back production.

Mounting external risks add to the challenge facing the Bank of Japan, which is left with diminished policy ammunition to fight another recession after years of heavy money printing failed to drive up inflation to its elusive 2 percent target.

A scandal over faulty polling methods for Japan’s wage data is also forcing Abe to defend his view that his “Abenomics” stimulus policies have improved living standards for many households.

The labor ministry said last month the monthly wage data it published for more than a decade employed faulty polling methods and did not accurately depict the nationwide wage trend.

The government is expected to recalculate the data later this month. A Reuters calculation showed real wages from January to November 2018 fell 0.4 percent from the year-earlier period, more than a 0.1 percent drop under the labor ministry’s data.

The premier’s “Abenomics” stimulus policies have boosted corporate profits by lifting stocks and giving exporters a competitive advantage overseas through a weaker yen.

But they have failed to fire up private consumption, which accounts for about 60 percent of gross domestic product (GDP), as companies remain reluctant to raise wages.

“As trade frictions heighten uncertainty over the growth outlook, businesses won’t raise base pay much this year and households will become more cautious about spending,” Norinchukin Research Institute’s Minami said.