WASHINGTON (Reuters) – Bank of Japan Governor Haruhiko Kuroda said on Friday the central bank could ease monetary policy further if needed, as it still had tools available to prop up economic growth. 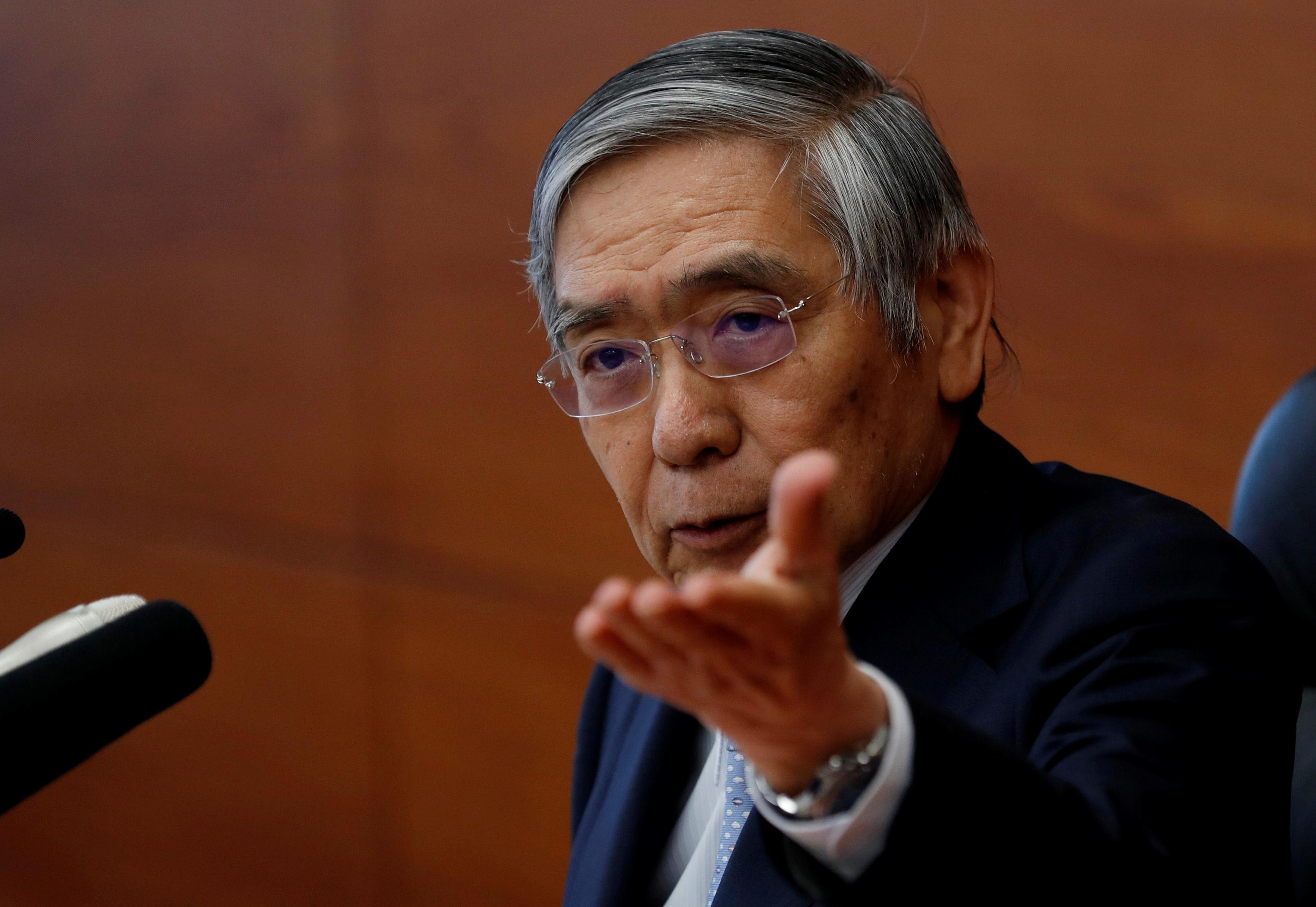 Coming out from a two-day meeting of G20 finance ministers and central bank heads that ended on Friday, Kuroda said some countries did mention that prolonged periods of loose monetary policy have left them with less room to ramp up stimulus.

But the case for Japan was different, he said, stressing the BOJ’s readiness to top up monetary support if heightening global risks threaten achievement of its 2% inflation target.

“It’s not as if we have limited monetary policy space. If needed, we could take additional easing steps,” Kuroda told a news conference hosted by Japan as chair of this year’s G20 meeting.

“We will carefully analyze economic and price developments in deciding whether such measures are necessary,” he said.

The comments came after the International Monetary Fund slashed its global economic forecasts on Tuesday and warned policymakers against relying too heavily on already-stretched monetary policy tools in spurring growth.

“There were some views expressed at the G20 meeting that in general, prolonged periods of monetary easing have diminished space for additional easing,” Kuroda said.

“But it’s hard to generalize that monetary policy space has diminished, because much depends on the economic and price developments of each country,” he said.

Kuroda also said there were no signs yet that the BOJ’s ultra-loose monetary policy was impairing Japan’s banking system by discouraging financial institutions to boost lending.

The BOJ said last month it will more thoroughly assess economic and price developments at the Oct. 30-31 rate review due to heightening global risks, signaling the chance of easing policy as early as this month.