SYDNEY (Reuters) – Qantas Airways Ltd (QAN.AX) chief executive Alan Joyce signed the carrier’s last Boeing Co (BA.N) 747 jet at Sydney airport on Wednesday, shortly before it was due to fly to the Mojave Desert for a retirement brought forward by the coronavirus pandemic. 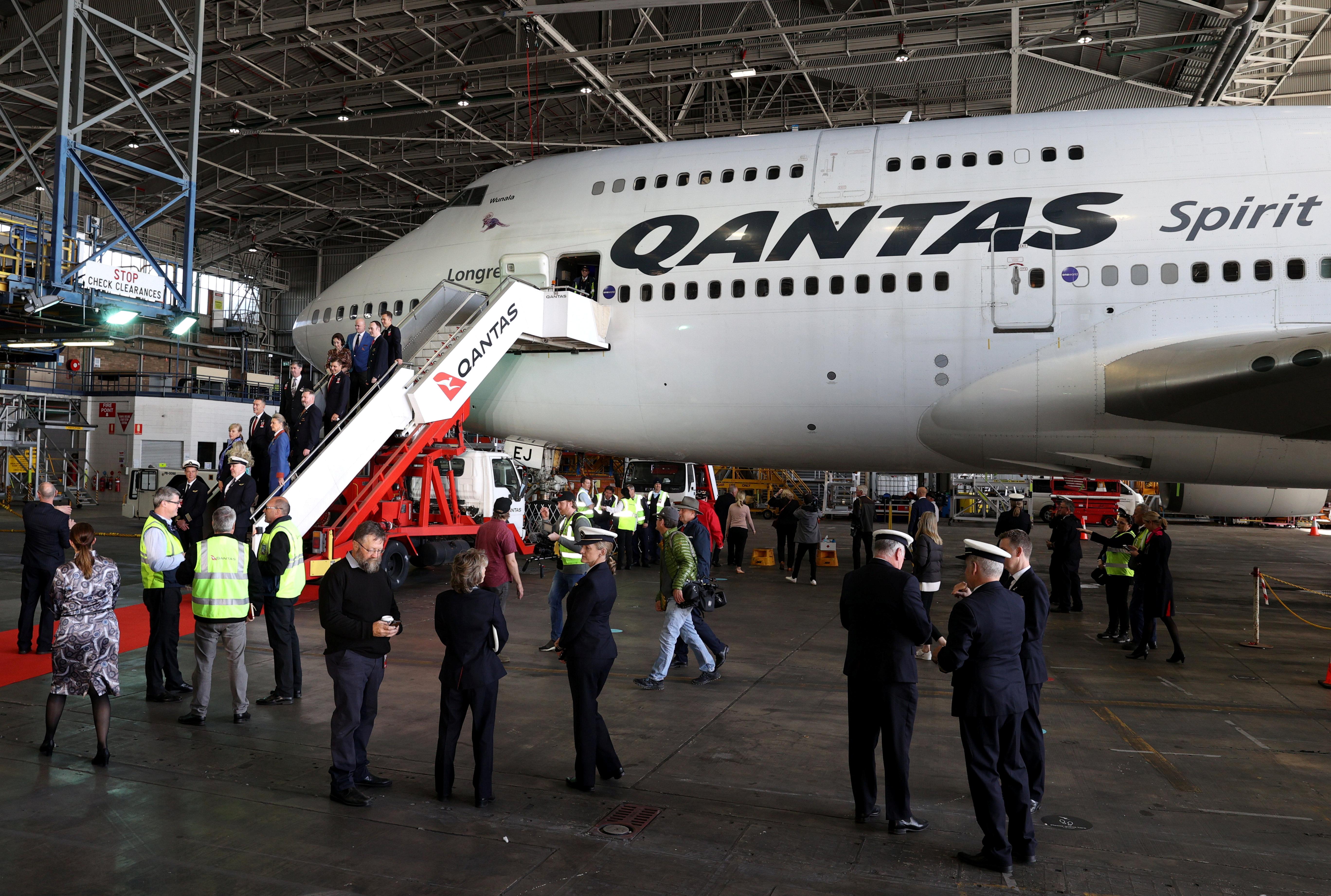 The journey marks the final flight for a Qantas 747 after 49 years of service with the Australian airline, which had previously planned to work the 747-400 fleet through to the end of the year.

“We are saying farewell to an aircraft that has changed world aviation,” Joyce told a small gathering of around 150 people gathered in a hangar at Sydney Airport.

“They have made the world smaller….it overcame the tyranny of distance that was and continued to be an issue for Australia.”

Qantas 747s carried more than 250 million people in almost half a century of service, including Queen Elizabeth II and every Australian Olympic team since 1984.

The four-engine plane with less favourable economics than newer-generation 787s and Airbus SE (AIR.PA) A350s had fallen out of favour even before the coronavirus pandemic but Qantas, British Airways, Virgin Atlantic and KLM have hastened retirement plans due to the lack of international travel demand.

Qantas has grounded most international flights until at least July 2021 due to Australian government travel restrictions.

Joyce said Qantas had sold the 747 leaving on Wednesday and five others to General Electric Co (GE.N). The final jet will deliver a load of freight to Los Angeles before flying on to the Mojave.

Boeing, which has in recent years been manufacturing the latest version of the 747 primarily as a freighter, and its suppliers signalled the end of the plane when they set the final number of parts it would need for the programme at least a year ago.

Qantas was once the world’s only airline with an all 747 fleet. There are only 30 747 passenger jets left in service globally and 132 in storage, according to aviation data provider Cirium, with freighters accounting for 93% of the type still flying.

Qantas has also sent its 12 A380 super-jumbos to the Mojave on the expectation they will not return to the fleet for at least another three years.