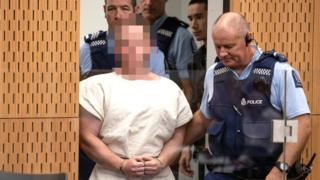 The man accused of killing 50 people in last month’s attacks on two mosques in Christchurch, New Zeeland, has been ordered to undergo mental health tests.

Australian Brenton Tarrant, 28, would be seen by experts to determine whether he was fit to stand trial or insane, said high court judge Cameron Mander.

Mr Tarrant appeared in the courtroom – packed with relatives of some of his victims – via video link from prison.

Mr Tarrant made no comment during the short hearing.

He is being kept in isolation at the Auckland Prison in Paremoremo, considered New Zealand’s toughest.