MEXICO CITY (Reuters) – Mexican workers will get a major boost in their retirement benefits after the government and private sector ironed out the details of a pension reform that is expected to become law by early next year, the Finance Ministry said on Wednesday. 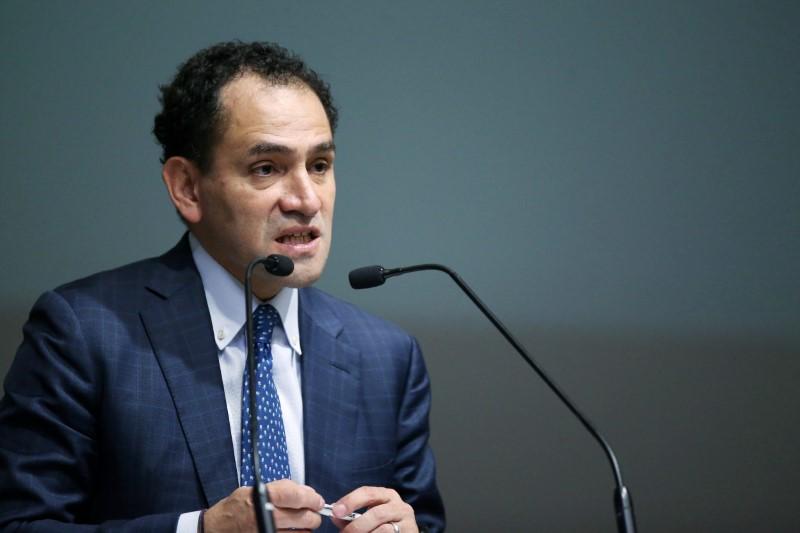 The plan presented by Finance Minister Arturo Herrera sees pensions for the average worker rising some 40%, even as worker contributions to the pension system remain unchanged.

“This is a big, big step,” Herrera told a regular news conference, speaking alongside President Andres Manuel Lopez Obrador and senior lawmakers. “A big step in creating a system for a fair life for older people.”

Under the plan, a rare display of unity between the government of Lopez Obrador and big business, total contributions will rise to 15% of salary from 6.5% over eight years, and employer contributions to 13.87% from 5.15%.

Employers offered to absorb all the increase in contributions, the Finance Ministry’s pension system chief, Carlos Noriega, told Reuters in an interview.

There will be a two-year grace period during which employer contributions will not increase, considering the economic fallout of the coronavirus pandemic, Noriega said.

“When we identified the problem, the question was who will contribute the most? Will it be the worker, the state or the employer? … On this occasion employers offered to absorb all the increase in contributions,” said Noriega.

Lopez Obrador, a leftist who has vowed to reduce chronic inequality in Mexico, said that if shortcomings in a previous pension reform were not corrected, retiring workers would eventually receive only half of their final salary.

“This would keep getting worse over time,” he said.

The reform must be approved by Congress, which Noriega said he expected would happen by December, so that it becomes law in early 2021.

The shake-up should affect over 20 million Mexicans retirees, and will also enable savings to be invested in higher-yielding returns, Herrera said.

The goal is to move pension benefits much closer to the salaries workers earn just before they retire, he said.

Mexican pension funds, also known as Afores, managed some 4.3 trillion pesos ($192.60 billion) in savings at the end of June, according to government data.