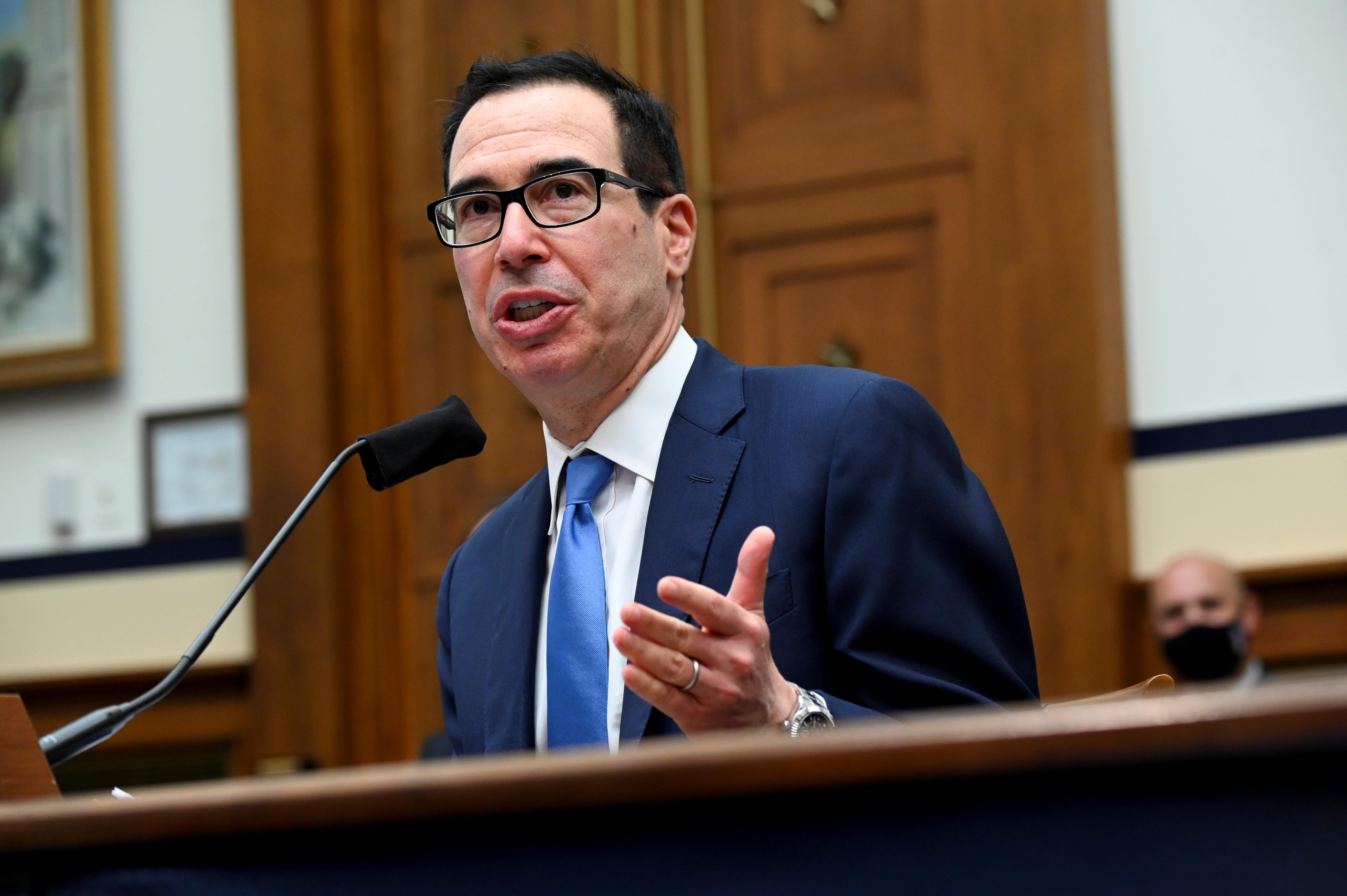 WASHINGTON (Reuters) – U.S. Treasury Secretary Steve Mnuchin said on Thursday the White House is interested in getting a trillion-dollar coronavirus relief bill out quickly and will not include the payroll tax cut long sought by President Donald Trump.

Mnuchin also said the White House was working with Senate Republicans to hammer out language on extending enhanced unemployment benefits that expire on July 31.

Asked whether a payroll tax cut would be included in the proposal being put forth by Senate Republicans, Mnuchin said, “Not in this, but we’re going to come back. You know there might be a CARES 5.0.”

Mnuchin said he and White House Chief of Staff Mark Meadows would be going to Capitol Hill again on Thursday morning to meet with Republican Senate Majority Leader Mitch McConnell.

“One of the problems with the payroll tax cut is it takes time, so we are much more focused right now on the direct payments,” Mnuchin told reporters outside the White House.

“The unemployment insurance – we’re going back up to see the new language and work through that, he said. “We’re not going to pay people more to stay home than to work. So we’re looking at something that looks like a 70% wage replacement and working on the mechanics.”

The Treasury secretary told reporters the proposal being worked out by Senate Republicans will include $16 billion in new funding for coronavirus testing, for a total of $25 billion.

“We’re focused on putting another trillion in quickly, that’ll be CARES 4.0. If we’ve got to come back for CARES 5.0, for more money, the president will consider that the time,” Mnuchin said in an interview earlier with CNBC.