The ousted civilian leader has been convicted on corruption charges by a military-appointed court. A Japanese journalist and two models have also been detained in recent weeks. 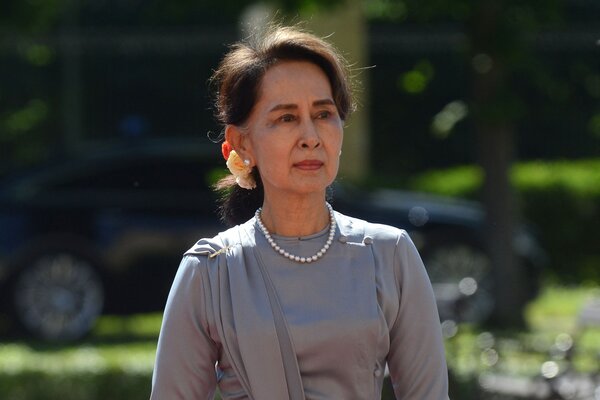 Myanmar’s ousted civilian leader, Daw Aung San Suu Kyi, is kept by herself in a prison cell measuring about 200 square feet. Daytime temperatures can surpass 100 degrees Fahrenheit, but there is no air conditioning. When it rains, which is often, water splashes in through windows that have no coverings, according to two people with knowledge of her situation.

For the foreseeable future, this is the life of the 77-year-old Nobel Peace laureate and onetime democracy icon. On Monday, a special court appointed by the military regime that detained her last year convicted Ms. Aung San Suu Kyi on four corruption counts and added six years to her sentence, according to one of the people.

She was already serving 11 years on half a dozen counts.

Ms. Aung San Suu Kyi, who held the post of state counselor, was forced from office by the military and placed under house arrest in February 2021. In June, she was sent to a prison in Naypyidaw, the capital, after a courtroom was built there for her trials.

Allies bring her food and white-and-brown clothing so she doesn’t have to wear the louse-infested uniforms given to prisoners. Female staff come to her cell and taste her prison food to show her it isn’t poisoned, according to the two people with knowledge of her situation, who spoke on the condition of anonymity for fear of reprisals.

Ms. Aung San Suu Kyi is one of more than 15,000 people arrested for opposing military rule, and of these, 12,000 remain in detention, according to the Assistance Association for Political Prisoners.

Many have been tortured in interrogation centers and sentenced by military courts after brief trials where defense attorneys and the public are barred. Convicted prisoners are often transferred to remote prisons, creating additional hardship for them and their families, said U Aung Myo Kyaw, spokesman for the political prisoners group.

He likened Myanmar to the closed, repressive society of North Korea under its dictator, Kim Jong-un. “Anyone in Myanmar can be arrested at any time even for doing nothing related to politics,” he said.

After hanging four pro-democracy activists last month, including the popular activist U Kyaw Min Yu and the former hip-hop artist and elected member of Parliament U Phyo Zeya Thaw, the regime has promised more executions. Since the coup, more than 70 political prisoners have been sentenced to die.

Journalists have also come under intensified scrutiny. At least 55 journalists are now imprisoned, according to the rights group Detained Journalist Information Myanmar. Last month, the reporter Ko Maung Maung Myo with the independent Mekong News Agency was convicted of violating the counterterrorism law and sentenced to six years for possessing photos and interviews with a local guerrilla group.

And the Japanese documentary filmmaker Turo Kubota, 26, traveling on a tourist visa, was arrested after covering a protest. He faces seven years for inciting public unrest and violating immigration rules.