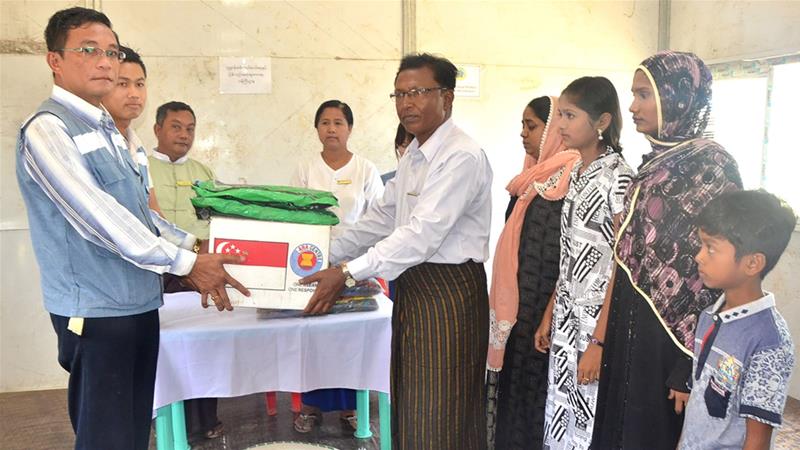 Rights groups are expressing scepticism over the announcement that Myanmar has repatriated the first Rohingya family, despite warnings from the UN.

“This is a deception,” Rohingya Blogger, a watchdog and Rohingya rights website run by Rohingya activists in Europe, said in a statement on Sunday.

The Myanmar government announced in a Facebook post on Saturday that a family of five had returned to the country from the border area between Bangladesh and Myanmar, where thousands of refugees are holed up.

About 700,000 Rohingya have fled to Bangladesh since Myanmar’s military imposed a brutal crackdown on the Rohingya living in Rakhine State last August in what has been described as a “textbook example of ethnic cleansing” – an accusation Myanmar denies.

Images accompanying the social media post on Saturday showed five individuals receiving identification cards – which do not grant citizenship – from uniformed Myanmar officials, and getting medical help and living provisions from health and social workers.

The statement referred to the family as “Muslims”. Myanmar does not recognise the Rohingya as an ethnic group. The statement also did not mention when and how many more individuals and families would be repatriated.

A Rohingya community leader confirmed to AFP news agency the return of the family.

According to the Rohingya Blogger, however, the individuals in the photos are the family members of the administrator of Taung Pyo Latya, the designated entry point for returning refugees.

“We were shocked to hear anybody would return here amidst volatile condition here,” the Rohingya Blogger website quoted its source as saying.

The website claimed after conducting its own investigation that family entered the border area, where the refugees are camped out, to try “persuade” other Rohingya families to return to Myanmar.

The Rohingya Blogger site said that when the plan did not work, the family returned to Myanmar, where they were portrayed as “returnees”.

The group described the announcement a “fake event”, aimed at luring Rohingya refugees to return to Myanmar to live in camps.

Separately, Andrea Giorgetta from the International Federation for Human Rights (FIDH) told AFP that the repatriation announcement is “a public relations exercise in an attempt to deflect attention from the need for accountability for crimes committed in Rakhine State”.

“Before proceeding with the repatriation of Rohingya, the Myanmar government must recognise and guarantee all their fundamental human rights,” he told the news agency. 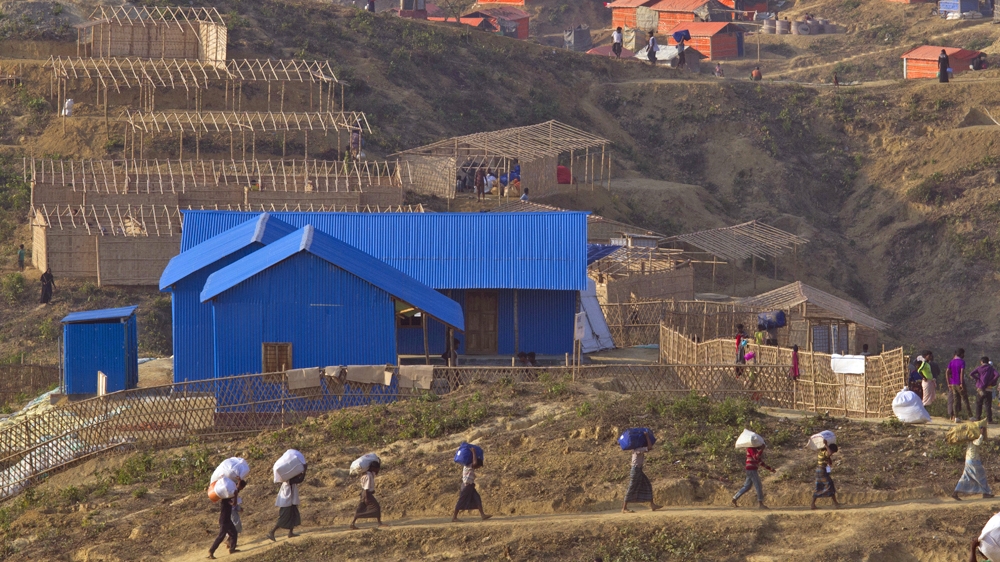 ‘Not safe for returns’

During the visit, Win announced that Myanmar is ready for the repatriation of Rohingya.

Ursula Mueller, the a UN senior humanitarian official, warned last week that there “critical issues of freedom of movement” that Myanmar’s government needs to address before beginning repatriation, AFP reported.

On Friday, UNHCR said that the “conditions in Myanmar are not yet conducive for returns to be safe, dignified and sustainable”, adding that “the responsibility for creating such conditions remains with the Myanmar authorities, and these must go beyond the preparation of physical infrastructure to facilitate logistical arrangements.”

“Before the start of actual returns, Myanmar should agree to a set of prerequisites for return,” Frelick wrote earlier this month.

That includes “unfettered, independent monitoring” of returnees, restoration of lost homes and properties among others.

“Refugee return also cannot be divorced from the question of impunity for the crimes that caused the refugees to flee,” he said.

In February, Bangladesh released a list of more than 8,000 Rohingya for repatriation. As of April 1, only 600 individuals have been verified by Myanmar, according to HRW.

A second list of 10,000 people is also being readied for release, Frelick said.

Rohingya and rights groups have accused the army of committing crimes against humanity and genocide, including murder, rape, arson and looting – unleashed in response to Rohingya armed attacks on security forces.

Since then, hundreds of thousands of Rohingya have been living in squalid conditions in camps along the Myanmar-Bangladesh border.

The Rohingya are viewed as one of the most persecuted communities in the world. Doctors Without Borders (MSF) estimated that at least 6,700 Rohingya were killed in the first month of the crackdown alone.