Officials warn of massive environmental damage if the ship leaks or explodes. 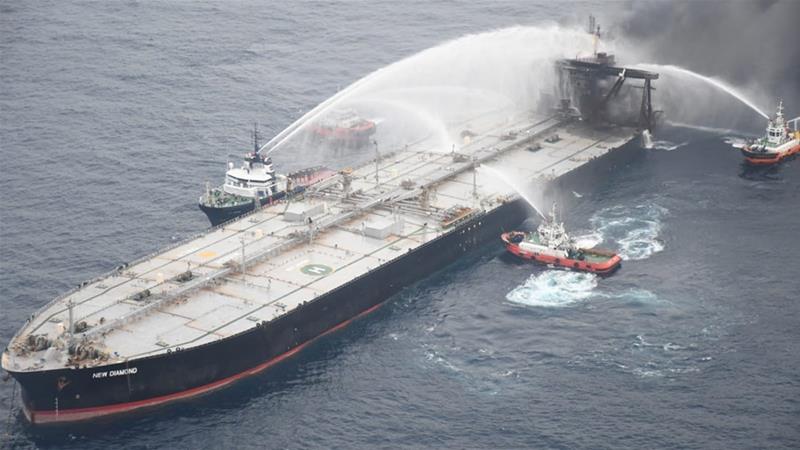 A new fire on the large oil tanker drifting off Sri Lanka’s coast was extinguished on Wednesday after burning for two days as experts prepared to salvage the vessel.

A new blaze broke out on the MT New Diamond on Monday. Officials have warned of enormous environmental damage to Sri Lanka’s coast if the ship, which was carrying nearly two million barrels of crude oil, leaks or explodes.

“The fire has now been brought under control and the ship is being towed by a tugboat out to sea,” said Sri Lanka navy spokesperson Indika de Silva.

“There are no flames or smoke to be noticed as of now,” he said, adding that a navy team will join firefighting experts from India’s coastguard and specialists sent by the ship’s owner to assess the situation. 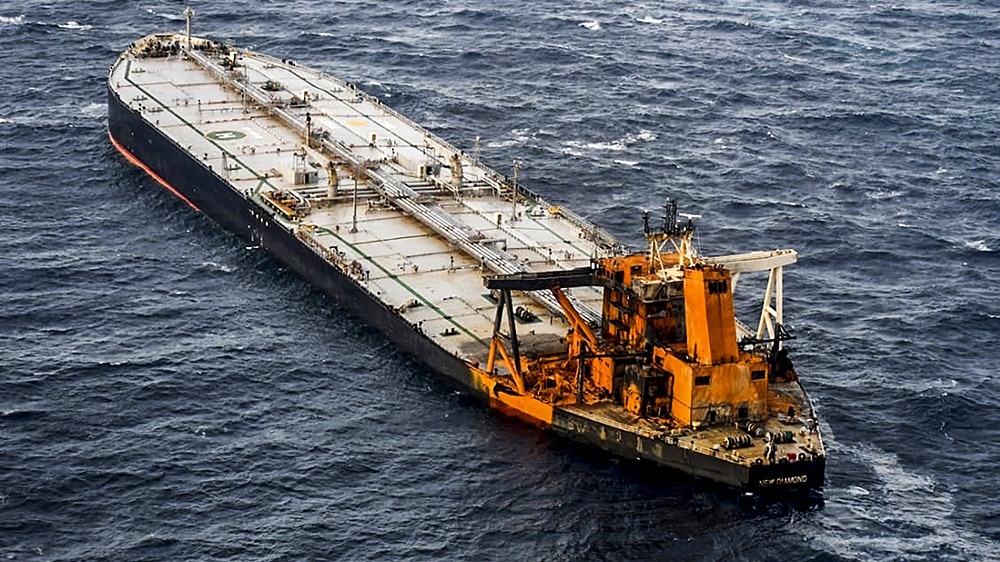 The tanker was transporting crude oil from the port of Mina Al Ahmadi in Kuwait to the Indian port of Paradip, where the state-owned Indian Oil Corp has a refinery.

High winds, extreme temperatures on the ship and sparks reignited the fresh fires, the navy said, adding that, so far, there is no risk of an oil leak or of the fire spreading into the oil storage area.

The navy said the initial fire began in an engine room boiler but did not spread to where the oil is kept.

On Tuesday, the navy said “a diesel patch” was spotted in the ocean about one kilometre (half a mile) from the ship.

The patch is likely to be diesel fuel from the ship, it said. The ship has about 1,700 tonnes of fuel to power its engines.

An Indian coastguard aircraft sprayed a chemical on the patch to minimise damage.

The initial fire killed one Filipino crew member and injured another, while 21 other crew members escaped uninjured.

Twenty crew members were taken to the southern port city of Galle on Tuesday, while the captain remained on a ship near the tanker to help with firefighting efforts.