The Times cites uncertainty about Hong Kong security law as well as difficulties in securing visas for its journalists. 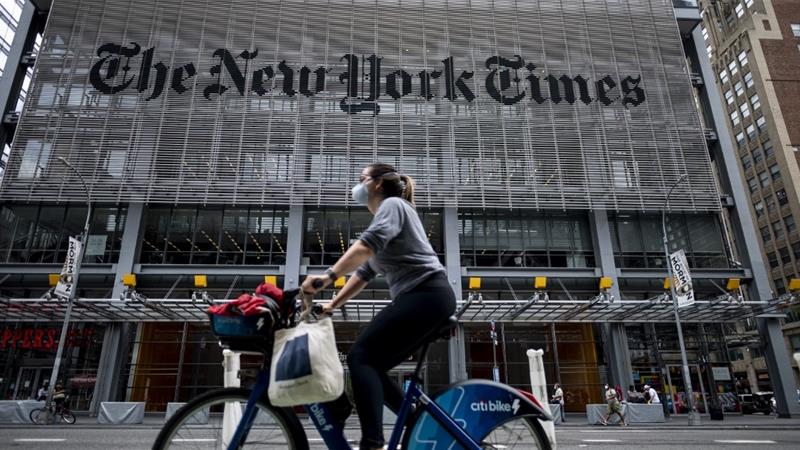 The New York Times has announced it will move part of its Hong Kong office to the South Korean capital, Seoul, amid worries a new national security law China imposed on the financial hub would curb media and other freedoms in the city.

“China’s sweeping new national security law in Hong Kong has created a lot of uncertainty about what the new rules will mean to our operation and our journalism,” the paper’s management wrote in a memo to staff on Tuesday.

“We feel it is prudent to make contingency plans and begin to diversify our editing staff around the region.”

The Times said its employees have faced challenges securing work permits and it would move its digital team of journalists, roughly a third of its Hong Kong staff, to Seoul over the next year.

Correspondents will remain based in Hong Kong to cover the city and region, it said.

“We have every intention of maintaining and even increasing our coverage of the city’s transformation, as well as using it as a window on China,” the memo said.

The move delivers a blow to the city’s status as a hub for journalism in Asia, and comes as China and the United States have clashed over journalists working in each other’s countries. Earlier this year, Beijing said journalists no longer allowed to work in mainland China could not work in Hong Kong either.

The new national security law, which was imposed two weeks ago and punishes what China broadly defines as secession, subversion, terrorism and collusion with foreign forces with up to life in prison, has stoked worries about freedom of speech and that of the media.

One of the law’s provision calls upon authorities to “strengthen the management” of foreign news organisations and, earlier this month, the Foreign Correspondents’ Club of Hong Kong wrote a letter to city leader Carrie Lam seeking urgent clarification of how Beijing’s security law will impact journalists in the city.

At a press conference last week, Beijing-backed Lam was asked by a reporter whether she could “100 percent guarantee” media freedoms.

Lam replied: “If the Foreign Correspondents’ Club or reporters in Hong Kong can give me a 100-percent guarantee that they will not commit any offences under this piece of national legislation, then I can do this.”

Hong Kong returned from British to Chinese rule in 1997 with the promise of a high degree of autonomy, which preserved the city’s tradition of a free press and allowed international media to use it as their Asia hub.

In addition to the Times, media organisations that have major regional offices in Hong Kong include AFP, CNN, the Wall Street Journal, Bloomberg and the Financial Times.

Earlier this year, Washington began treating five major Chinese state-run media entities the same as foreign embassies. It also slashed the number of journalists allowed to work for Chinese state media from 160 to 100.

In retaliation, China said it was revoking the accreditations of correspondents with the Times, the Wall Street Journal and the Washington Post whose credentials expire by the end of 2020.

Beijing has also expelled three Wall Street Journal correspondents – two Americans and an Australian – following an opinion column by the newspaper that called China the “real sick man of Asia”.

Some of the expelled Times journalists have already relocated to Seoul.