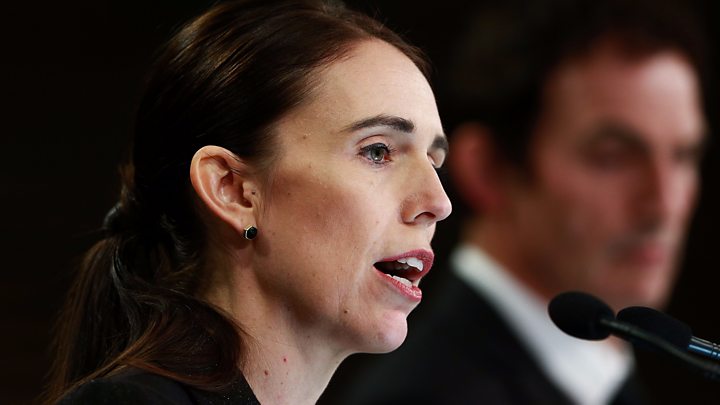 New Zealand’s parliament has voted to ban all types of semi-automatic weapons and assault rifles following the Christchurch attacks.

The gun reform bill passed 119-1 after the final reading in parliament.

It is expected to become law within the next few days after receiving royal assent from the governor general.

PM Jacinda Ardern announced changes to the law after 50 people were killed last month by a suspected lone gunman at two mosques in Christchurch.

Holding back tears, she told parliament on Wednesday that they were there “because of the victims and families”. She said that when she visited the injured in hospital none of them had just one gunshot wound.

“They will carry disabilities for a lifetime and that’s before you consider the psychological impact,” she said.

What will change and how soon?

“Six days after this attack, we are announcing a ban on all military style semi-automatics (MSSA) and assault rifles in New Zealand,” Ms Ardern said in a news conference last month.

“Related parts used to convert these guns into MSSAs are also being banned, along with all high-capacity magazines.”

An amnesty has been imposed so the owners of affected weapons can hand them in, followed by a buy-back scheme.

The prime minister has called the Christchurch attacker a terrorist and said she will not utter his name.

The gunman, armed with semi-automatic rifles including an AR-15, is believed to have modified his weapons with high-capacity magazines – the part of the gun which stores ammunition – so they could hold more bullets.

What are semi-automatic weapons and assault rifles?

Victims of the Christchurch shootings