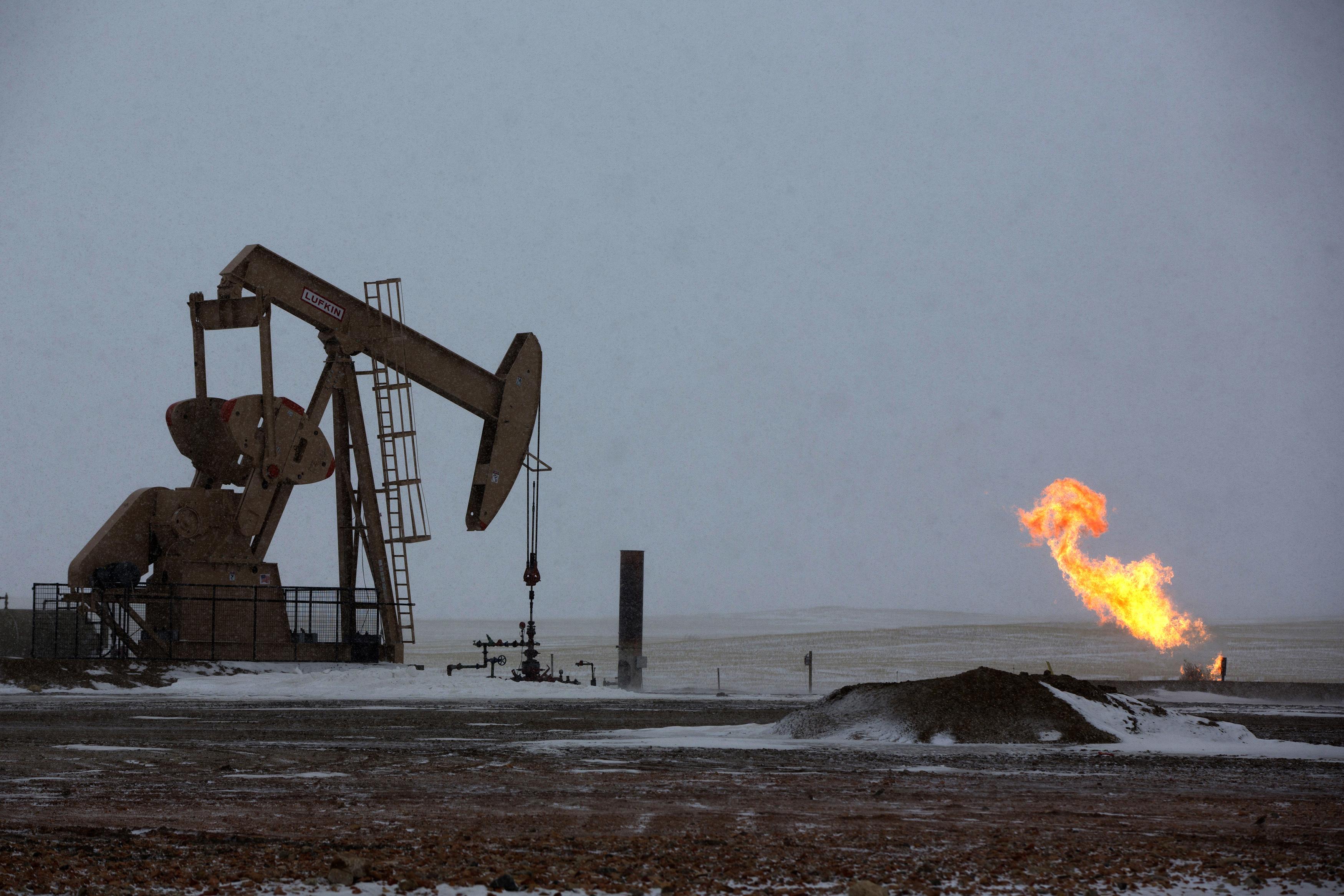 The region’s pipeline capacity is just 1.25 million bpd, per market intelligence firm Genscape, forcing producers in North Dakota to rely on less efficient rail, which could face difficulties operating in the winter. In addition, nearby Canadian producers also grappling with bottlenecks are pushing more oil into the United States, worsening the constraints.

Refinery maintenance exacerbated the discounts but as work wraps up, prices could find some support, company executives said.

Discounts on Bakken oil are nothing new, due to capacity constraints that forced refiners to rely on rail. The startup of Energy Transfer’s Dakota Access pipeline in 2017 changed that, but record production is straining capacity again.

“That basin is flush with barrels and there’s no way out,” Rick Hessling, senior vice president at U.S. refiner Marathon Petroleum Corp, said in an earnings call last week, adding that winter will make rail loadings more difficult. “We kind of see that as a perfect storm.”

Dakota Access pipeline was full in October, according to Genscape’s latest data, while one of the other major lines had an 85 percent utilization rate.

Energy Transfer LP (ET.N) plans to expand the Dakota Access pipeline system to as much as 570,000 bpd from about 525,000 bpd currently.

New pipeline and refining projects have been announced, but takeaway capacity will remain tight in the near-term as they get completed, analysts said. That is more apparent after a judge halted construction on the Keystone XL pipeline from Canada, potentially adding to a supply glut.

Several Canadian producers have already announced production cuts due to bottlenecks, but that is not enough. “We’re going to need curtailment and higher rail capacity,” one trader at a merchant said.