It is now widely believed to have missiles potentially capable of striking long range targets, including possibly the US mainland. It also claims to have developed a hydrogen bomb and to be able to mount it on a missile.

But 2018 has seen a thaw in tensions on the Korean peninsula, and North Korea announced it was halting its missile and nuclear testing and would dismantle several key sites.

Here’s what you need to know about the North’s missile and nuclear weapons programme and its military forces.

In May 2017, North Korea test fired a Hwasong-12 missile, which analysts suggested could travel up to 4,500km (2,800 miles), putting US military bases on the Pacific island of Guam well within striking distance.

Analysts believe this missile could have been a two-stage version of the Hwasong-12. Initial estimates suggested a range of about 8,000km, but later studies suggested that it could travel as far as 10,000km if fired on a maximum trajectory, allowing it to potentially hit New York.

In August 2017 North Korea tested a second Hwasong-12 which travelled over Japan, the first time a ballistic missile had done so.

This was repeated on 15 September with a missile that flew a greater distance and reached a higher altitude.

Then on 29 November 2017, North Korea tested a previously unknown type of missile known as Hwasong-15.

It was its highest altitude test to date, peaking at an estimated altitude of 4,500km – 10 times higher than the International Space Station.

Experts suggest that this missile, if fired on a more conventional lower trajectory, could have a maximum range of some 13,000km, putting all of the continental US in North Korea’s sights.

However, doubts remain as to whether this missile could successfully carry and deliver a heavy warhead for such a distance, and whether North Korea has the expertise to accurately hit a target.

The apparent successes of all these tests, in contrast to the multiple failures of the earlier Musudan missiles, have raised questions as to how North Korea’s missile programme has improved so rapidly.

Michael Elleman from the International Institute for Strategic Studies (IISS) suggests that Pyongyang may have acquired high-performance liquid-propellant engines from illicit networks in Russia and Ukraine.

North Korea has also previously displayed two other purported ICBMs, known as the KN-08 and KN-14.

Neither has yet been tested, and the relationship between them and the Hwasong’s 12 and 14 is not yet clear.

In September 2018, it was announced that North Korea had agreed to permanently close Tongchang-ri, a key site used for testing missile engines and launching satellites into orbit.

On 3 September 2017 North Korea conducted by far its largest nuclear test to date, at its Punggye-ri test site.

The test triggered a 6.3 magnitude earthquake, 10 times more powerful than that recorded in a previous test in September 2016.

Estimates of the device’s explosive power, or yield, ranged from 100-370 kilotons. A yield of 100 kilotons would make the test six times more powerful than bomb dropped on Hiroshima in 1945.

North Korea claimed this test was its first thermonuclear weapon – the most potent form of nuclear explosion where an atomic detonation is boosted by a secondary fusion process to produce a far bigger blast. 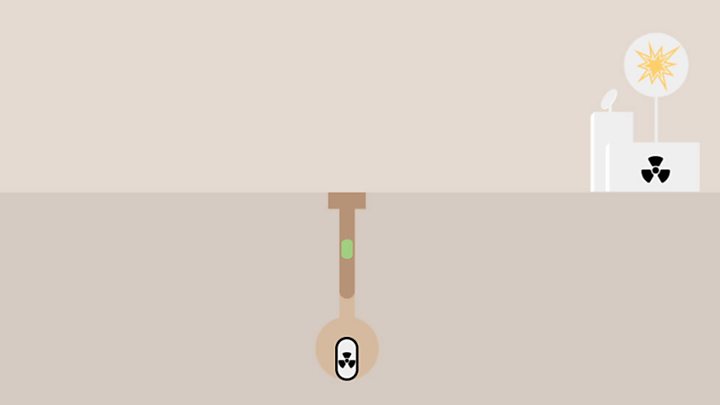 American military intelligence also believes that North Korea has now successfully miniaturised a nuclear warhead to fit inside a missile.

Pyongyang began its nuclear programme in the 1980s. Its first nuclear test – of a device yielding a suspected 0.7kt – was held in 2006.

In April 2018 North Korea announced it would suspend further nuclear tests because its capabilities had been “verified”.

As part of the 2018 thaw between North Korea and the US, Pyongyang promised to dismantle the Punggye-ri site and in May blew up some of the tunnels in the presence of foreign journalists. 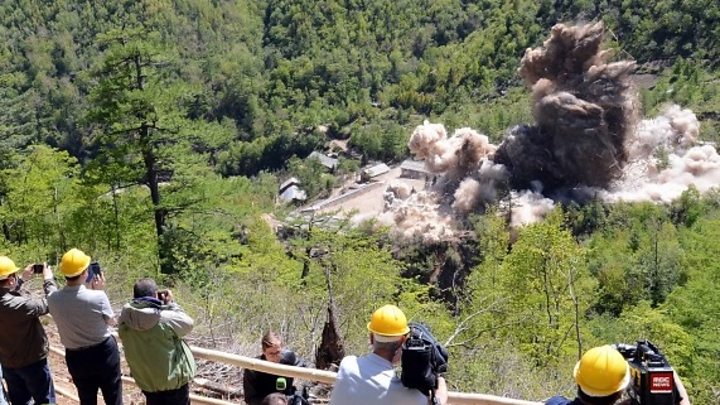 North Korea has one of the largest standing armies in the world – with more than one million soldiers and estimated reserves of some five million.

Much of its equipment is old and obsolete, but its conventional forces could still inflict massive damage on South Korea in the event of war.

While the official military budget is unknown, a regime policy known as “songun” prioritises spending on the armed forces over all other aspects of government.

North Korea also has around 200,000 special forces troops which could be expected to infiltrate the South in any conflict.

They could potentially exploit a semi-secret network of 20-25 large tunnels which span the Demilitarized Zone (DMZ) – the border area – emerging behind South Korean and American forward lines.

A further potent threat comes from thousands of North Korean artillery pieces and rocket launchers deployed along the border, many dug into reinforced concrete positions.

From here the North could unleash crude yet devastating firepower on South Korea, including the capital Seoul, which at a distance of less than 60km is well within range.

Chemical weapons could also be used. In 2012 the South Korean government assessed that North Korea could have between 2,500 and 5,000 tons of chemical weapons, potentially one of the largest stockpiles on Earth.

While South Korea would rely heavily on American assistance in the event of war, South Korean President Moon Jae-in has signalled that he plans to increase domestic military spending.

American forces in South Korea and the wider region

The United States has had a military presence on the Korean Peninsula since the Korean War. Today, South Korea has the third highest deployment of US troops anywhere in the world.

Some 28,000 US troops are stationed across South Korea, the IISS estimates, including almost 9,000 air force personnel. In addition, the US has some 300 M1 Abrams tanks and armoured vehicles deployed.

The US has also installed its controversial THAAD missile defence system at Seongju in South Korea, which would be used shoot down North Korean short and medium range missiles in the event of war.

In the wider region, Japan hosts more US forces than any other nation, with some 47,050 deployed, according to the IISS, the majority being naval personnel.

Yokosuka in Japan is the headquarters of the US Seventh Fleet, which typically has around 20 ships deployed, including the only permanently forward-deployed aircraft carrier strike group led by the USS Ronald Reagan.

Significant US forces are also present on the US Pacific island of Guam, which is sometimes described as a “permanent aircraft carrier”.

Andersen Air Base on Guam hosts the 36th Wing, which operates America’s three strategic bomber types the B-52, B1-B Lancer, and B2-Spirit.

In recent months the US Air Force has deployed additional B-52, B1-B and B2 Spirit “Stealth” bombers to Guam.

North Korea has previously threatened to fire missiles at the waters around Guam, in response it says to the US flying bomber aircraft over the Korean peninsula.