(Reuters) – European stock markets erased early gains on Monday as a slide in oil prices hammered energy stocks, with investors also bracing for the worst corporate quarterly earnings season since the 2008 financial crisis due to the coronavirus pandemic. 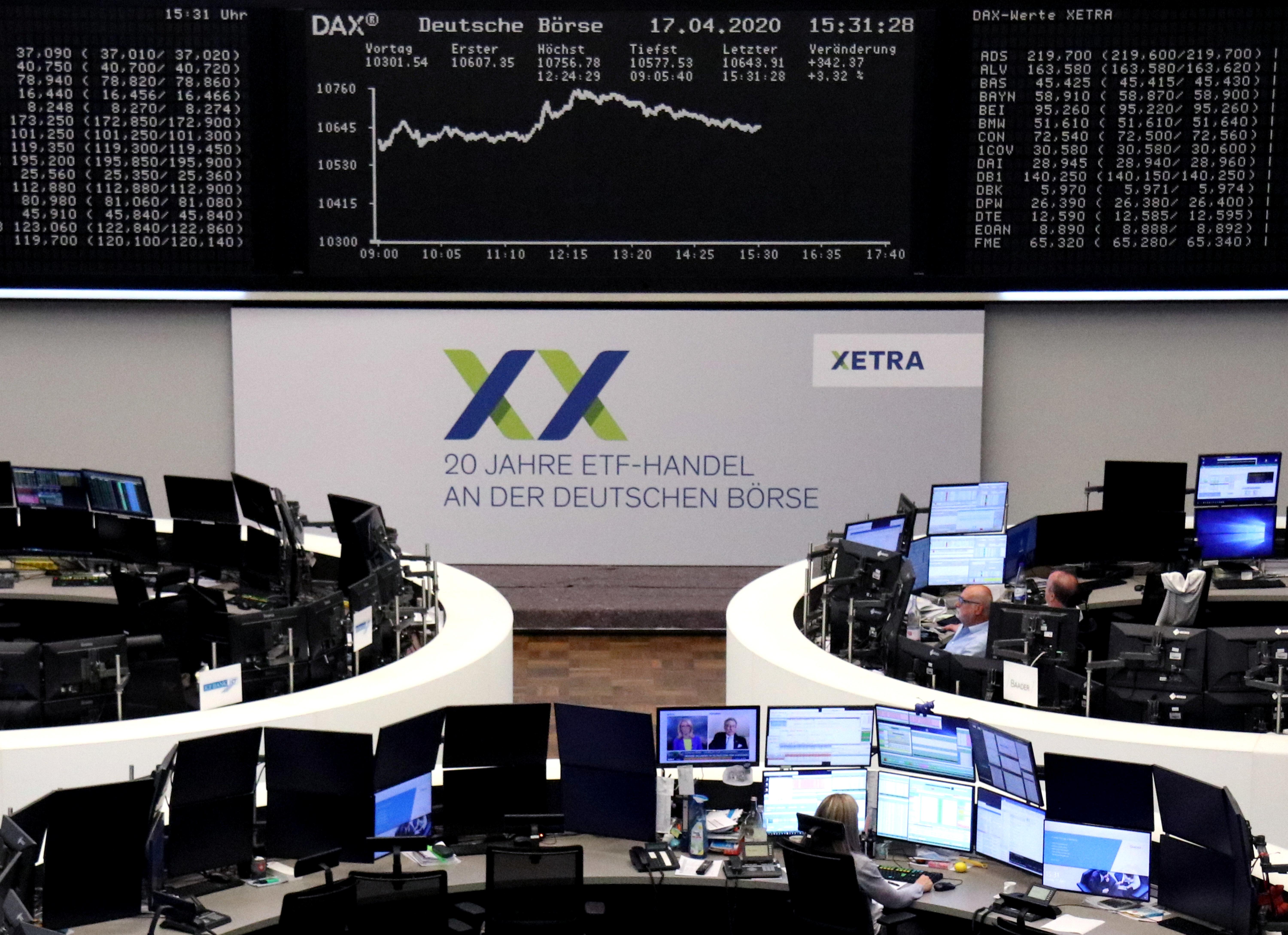 The pan-European STOXX 600 index was down 1% after gaining as much as half a percent in early trading, with the energy sector .SXEP posting its fourth decline in five sessions.

Total SA (TOTF.PA), BP Plc (BP.L) and Royal Dutch Shell Plc (RDSa.L) were among the biggest drags on the benchmark index, as oil prices fell to levels last seen in 1999 on oversupply concerns.

The STOXX 600 has recovered about 23% since hitting an eight-year low in March on dramatic fiscal and monetary stimulus around the world, but still remains 31% away from reclaiming its record high as evidence of the economic hit from the pandemic piles up.

“We are starting to get a reality check in terms of what companies are saying to us and markets are navigating that at the moment,” said Richard Dunbar, head of multi-asset research at Aberdeen Standard Investments.

“It feels like a lot of the benefits of the central bank intervention appears to have passed and all eyes are now on the damage that has been done to company earnings and their ability to pay dividends.”

As the first-quarter earnings season kicks into high gear, analysts expect STOXX 600 firms to post a 22% plunge in earnings after initially forecasting a 10.5% rise, according to IBES data from Refinitiv.

Oakley and Ray-Ban maker EssilorLuxottica (ESLX.PA) became the latest company to scrap its dividend and said it could consider cost cuts to shore up cash reserves as the pandemic chokes business. Its shares fell 0.8%.

With coronavirus deaths slowing in some of the worst hit parts of Europe, some countries have signalled they could relax strict stay-at-home orders to restart supply chains, but health officials have warned of another wave of infections if the lockdowns are lifted too soon.

“That is going to be a disastrous outcome and instead of confronting a steep recession, we might end up with a long-lasting depression,” said Hussein Sayed, chief market strategist at FXTM.

“Equity performance cannot diverge for a prolonged period of time from fundamentals, so if we do not see a true economic recovery in the coming months, we expect another leg lower in stock markets.”

Dutch health technology company Philips (PHG.AS) rose 4.5% after saying sales and profit margins could still rise in 2020 if the coronavirus pandemic eases in the coming months and hospitals are able to restart elective surgeries, even as it pulled its forecast for the year.

Healthcare .SXDP was the only sector trading higher as Novartis (NOVN.S) won the go-ahead from the U.S. Food and Drug Administration to conduct a randomized trial of malaria drug hydroxychloroquine against COVID-19.

Readings on April manufacturing from across the world are due on Thursday and are expected to hit recession-era lows.