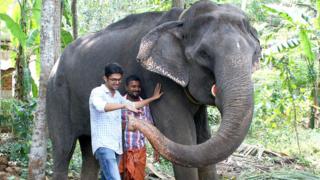 Dakshayani, thought to be the world’s oldest elephant in captivity, has died at the age of 88 in India.

Given the title Gaja Muthassi or elephant granny, Dakshayani took part in temple rituals and processions at the Chengalloor Mahadeva Temple in the southern state of Kerala.

But her vet said the elephant stopped taking food and died on Tuesday.

Keepers started feeding her pineapples and carrots in recent years after she began to have trouble moving around.

She had not taken part in any public event for several years.

The Travancore Devaswom Board, which runs the temple where she lived, says she was the oldest elephant in captivity and estimated her age at 88.

However, the current Guinness World Record holder for oldest elephant in captivity is Lin Wang.

The Asian elephant died at a zoo in Taiwan in 2003 aged 86, and served with the British Army in World War Two.

Another elephant, Indira, died in India’s Karnataka state in 2017 and was reportedly aged “between 85 and 90”.

India has more than 2,400 elephants in captivity.

“Due to various practical constraints, we could not let her loose, but instead ensured that she had more than enough space to move around,” he said.

However conservationists say many elephants suffer in poor conditions. 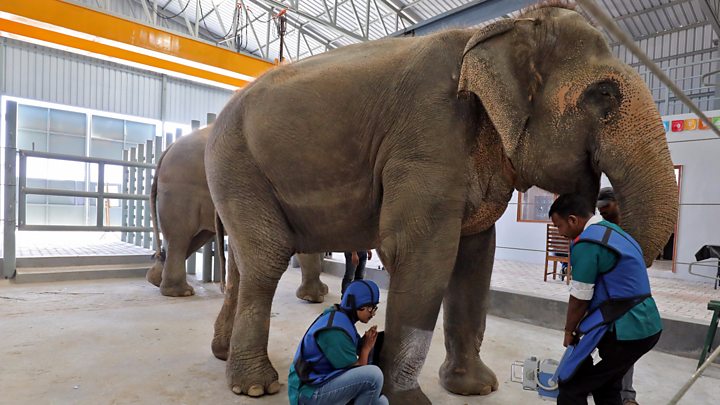