PORT MORESBY (Reuters) – The United States and three of its allies on Sunday unveiled a $1.7 billion plan to provide electricity and internet to much of Papua New Guinea (PNG), the first step of a plan that will counter China’s Belt and Road spending in the region. 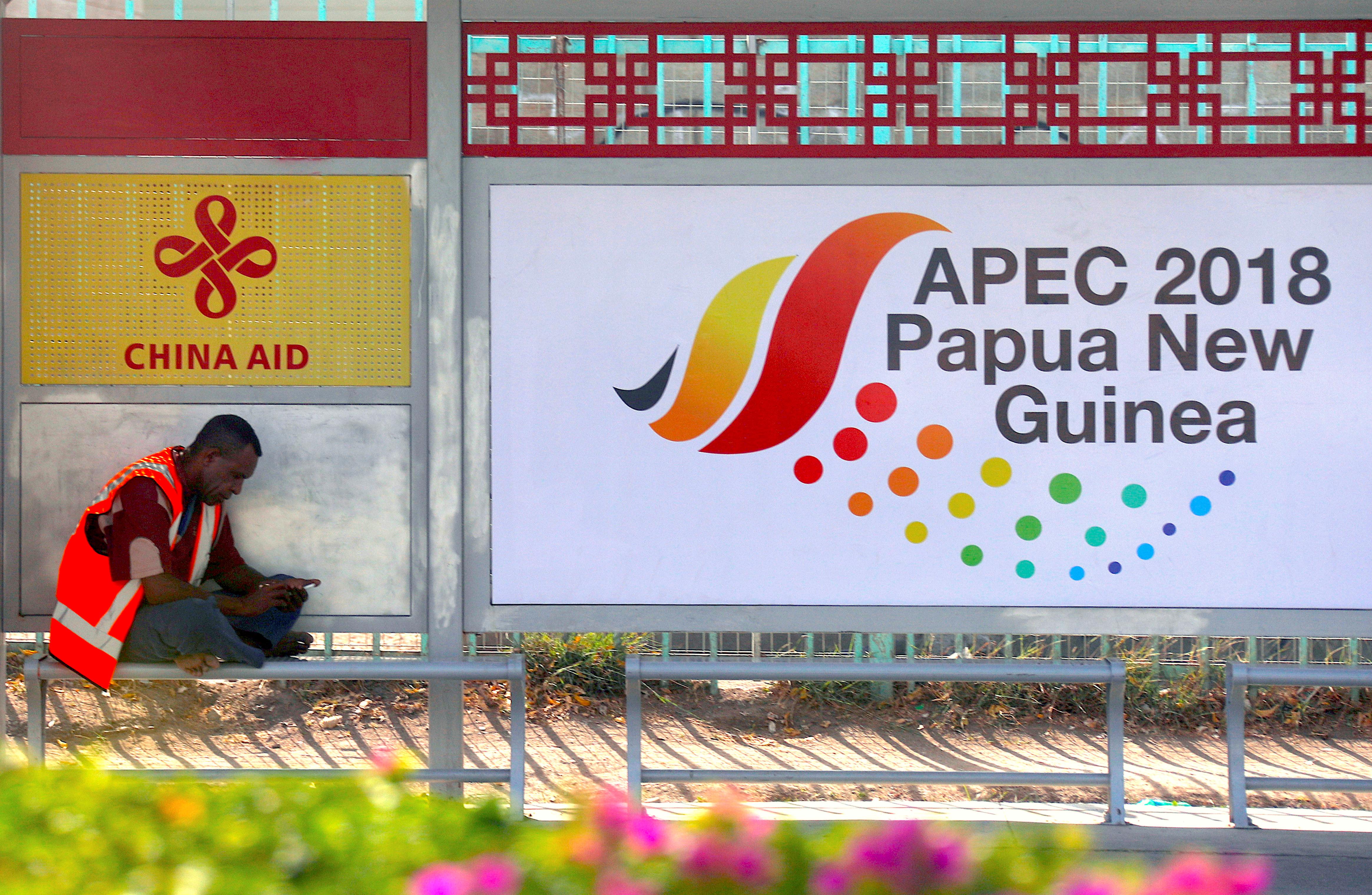 Japan, Australia and New Zealand will join the United States in funding the program in PNG, as reports emerged of tension over the wording of a final statement to be issued at the end of an Asia-Pacific Economic Cooperation (APEC) summit in the PNG capital of Port Moresby.

China had its success on Sunday, with a Tongan official saying the Pacific nation had signed up to the Belt and Road initiative and received a five-year deferral on a concessional loan just before it was due to commence principal repayments.

The Western allies’ plan would see 70 percent of PNG’s population getting electricity by 2030, from 13 percent now, and was showcased as a demonstration of commitment to the strategically important Pacific region.

“We trust that this announcement today, and the part of the United States of America in this joint announcement, is proof that America and our businesses are investing in this region as never before,” U.S Vice President Mike Pence told a news conference.

Pence said it was the first project under a cooperation agreement between the United States, Japan and Australia to provide capital for infrastructure in the Pacific amid concern about Chinese influence in the region.

Chinese President Xi Jinping, who arrived in Port Moresby on Thursday, has been feted by PNG officials and stoked Western concern on Friday when he held a meeting with Pacific island leaders in which he pitched the Belt and Road initiative

On Saturday, Pence took direct aim at Belt and Road in an APEC address, saying countries should not accept debt that compromised their sovereignty.

The tension at the summit has created difficulty for Papua New Guinea in drafting a communique acceptable to all members. Australian media reported that Chinese officials demanded to see PNG Foreign Minister Rimbink Pato over the communique, but were denied entry to his office.

Pato did not respond to messages and telephone calls seeking comment.

PNG is home to 8 million people, four-fifths of whom live outside urban areas and with poor infrastructure. It has emerged as a flashpoint in the competition between the United States and China to lock-in alliances in the region.

New Zealand Prime Minister Jacinda Arden said the power project would cost approximately $1.7 billion, and an Australian government spokeswoman told Reuters it would contribute A$25 million ($18.3 million) in the first year of the initiative.

China has poured investment into development projects in the region, including plans to build a large hydropower generation plant in PNG as part of the Belt and Road initiative.

The Western plan comes as diplomatic sources told Reuters that Australia and the United States were concerned about the debt burden that the Chinese plant could have on PNG.

Belt and Road was first proposed in 2013 to expand land and sea links between Asia, Africa and Europe, with billions of dollars in infrastructure investment from China.

Pence changed plans by staying in Port Moresby on Saturday night. He had planned to fly in and out from northern Australian that had angered the APEC host.

Australia, a staunch U.S. ally, has for decades enjoyed largely unrivalled influence among Pacific island nations. China has only recently turned its attention to the region with a raft of bilateral financing agreements to often distressed economies.