A report on the incident that killed 51 people says that ‘miscommunication’ was not the solely cause of the crash. 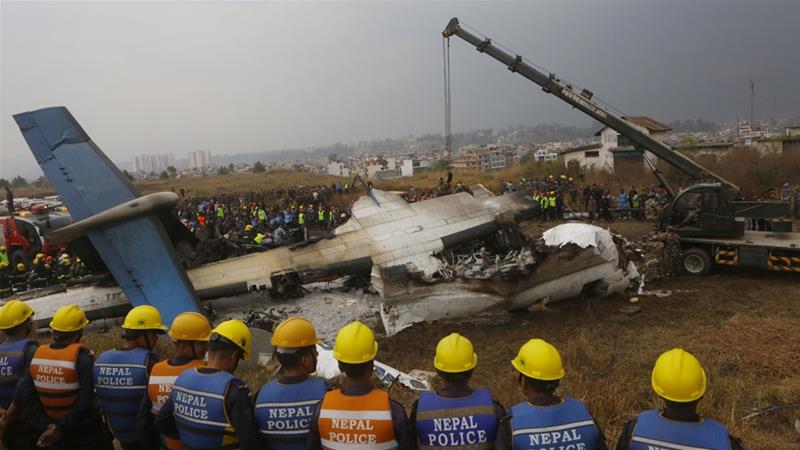 The pilot of a doomed Bangladeshi airliner was disoriented and tried to land in “sheer desperation” after finding the aircraft misaligned with the runway, an investigation report said.

The crash claimed 51 lives, including 28 Bangladeshi, 22 Nepalese citizens and one Chinese national.

The pilot and co-pilot were among the dead and 20 others were injured.

The investigation report compiled by Nepalese officials and made available on Monday said the probable cause of the crash was the pilot’s disorientation and loss of situation awareness.

“Contributing to this, the aircraft was offset to the proper approach path that led to manoeuvres in a very dangerous and unsafe altitude to alight with the runway. Landing was completed in a sheer desperation after sighting the runway, at very close proximity and very low altitude,” it said.

The report also said the pilot had been dismissed from the Bangladesh Air Force in 1993 due to depression and was only allowed to fly civilian planes from 2002 after a detailed medical evaluation.

It added that the pilot was under stress, was emotionally disturbed, and had lacked sleep the night before the fatal flight.

The report cited a lack of assertiveness from controllers at Kathmandu airport in monitoring the flight path and failing to issue clear instructions to carry out a standard missed-approach procedure.

The flight crew and the controllers also lacked a clear understanding of each other when they communicated about the landing runway, the report said.

The report recommended that assertiveness in such situations become part of the training for air traffic controllers.

It also asked the Bangladesh civil aviation authority to reassess the physical and psychological status of grounded pilots before their licences are renewed and that all airline pilots undergo psychological evaluation during training.