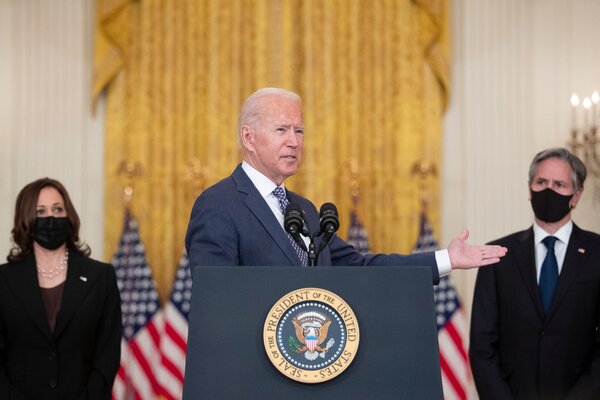 WASHINGTON — President Biden on Friday promised to bring home any American still trapped in Afghanistan, calling the evacuation effort for Americans and vulnerable Afghans “one of the largest, most difficult airlifts in history.”

But he acknowledged that he did not know how many Americans were still in the country, or if they could ultimately be brought out safely.

“Let me be clear: Any American who wants to come home, we will get you home,” Mr. Biden said, before adding, “I cannot promise what the final outcome will be, or that it will be without the risk of loss.”

He also remained staunchly committed to his decision to pull U.S. troops from the country, defiantly telling reporters, “Does anybody truly believe that I would not have had to put in significantly more American forces? Send your sons, your daughters, like my son was sent to Iraq, to maybe die?”