Tehreek-e-Labbaik Pakistan leads protests across the country against the acquittal of woman accused of blasphemy. 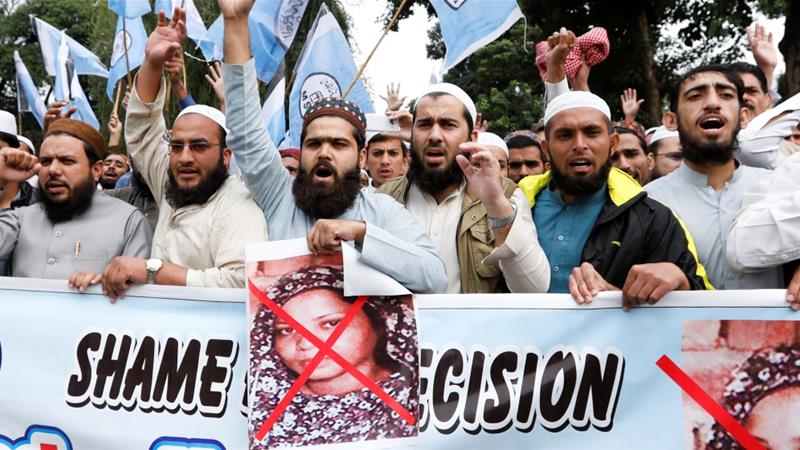 Islamabad, Pakistan – Most schools and businesses have remained shut for a third consecutive day across Pakistan, as demonstrations against the acquittal of Christian woman accused of blasphemy continue in major cities.

Thousands of supporters of the far-right Tehreek-e-Labbaik Pakistan (TLP) and other religious parties blocked major roads in Karachi, the country’s largest city, as well as in the eastern city of Lahore, the capital Islamabad and elsewhere on Friday.

Late on Thursday, firebrand Muslim leader Khadim Rizvi, the TLP chief, told supporters in Lahore that negotiations with the government had broken down, and called for the country to be “shut down”.

The protests come despite a warning from Prime Minister Imran Khan on Wednesday that demonstrators would not be allowed to damage property or block traffic.

On Friday, the government suspended mobile phone signals in Islamabad, Rawalpindi and Lahore, in a bid to disrupt the TLP’s attempts to organise massive protests around Friday prayers.

‘Stark contradictions in the case’

On Wednesday, the country’s Supreme Court acquitted a Christian woman, Aasia Bibi, in an iconic blasphemy case, saying there were “glaring and stark” contradictions in the case against her.

Bibi, 53, had been on death row for eight years, since her arrest in the central Pakistani village of Ithan Wali after an argument with two Muslim women, who refused to drink water from the same vessel as her due to her religion.

The women accused Bibi of having insulted Islam’s Prophet Muhammad during the altercation, a charge Bibi has consistently denied.

Blasphemy is a sensitive subject in Pakistan, where the country’s strict laws prescribe a mandatory death penalty for some forms of the crime.

Increasingly, blasphemy allegations have led to murders and mob lynchings, with at least 74 people killed in such violence since 1990, according to an Al Jazeera tally.

Among those killed were Salman Taseer, then a provincial governor, and Shahbaz Bhatti, then a federal minister, in 2010. Both officials had stood up for Bibi when she was first accused of blasphemy.

At a protest in the capital Islamabad, a banner carrying an image of Mumtaz Qadri, the man who murdered Taseer, was raised over a stage, as a few hundred demonstrators listened to devotional songs and sermons.

Demonstrators maintained their blockade of the city’s main Faizabad highway interchange, a key entry point into the federal capital. Some carried sticks, while others were armed with metal rods.

At a separate demonstration, outside the city’s press club, speakers called for the government to ignore the Supreme Court verdict and execute Aasia Bibi.

“Hang the accursed Aasia, and you may still be saved!” said Zahoor Alvi, a Muslim scholar, to a charged crowd of more than a thousand people.

Large protests were also held in Karachi, Lahore and Peshawar, bringing parts of those cities to a virtual standstill. Major highways linking cities in the central province of Punjab, Pakistan’s largest, were also shut down on Friday.

Some protesters appeared unsure of the nature of Aasia Bibi’s crime, but were certain that she should be put to death.

“Amna [sic] should be hanged,” said Hussain Ahmed, 24, a car salesman in Islamabad.

“There is only one sentence for a blasphemer, and that is death.” 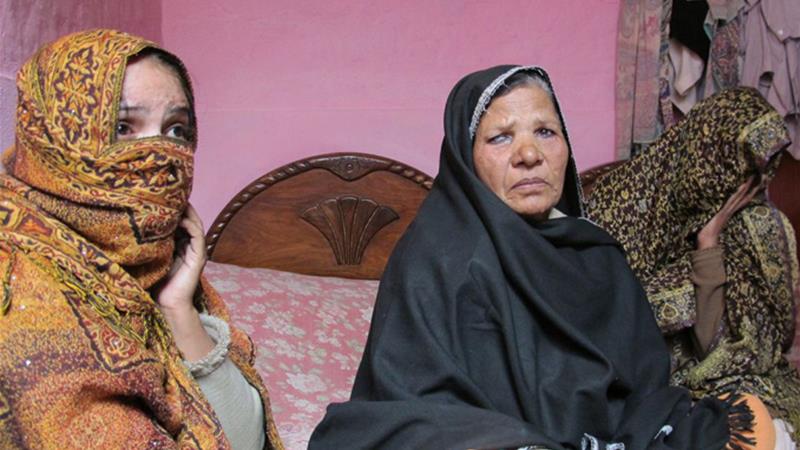