Saud al-Mojeb says he is seeking the death penalty for five people in connection with Saudi journalist’s killing. 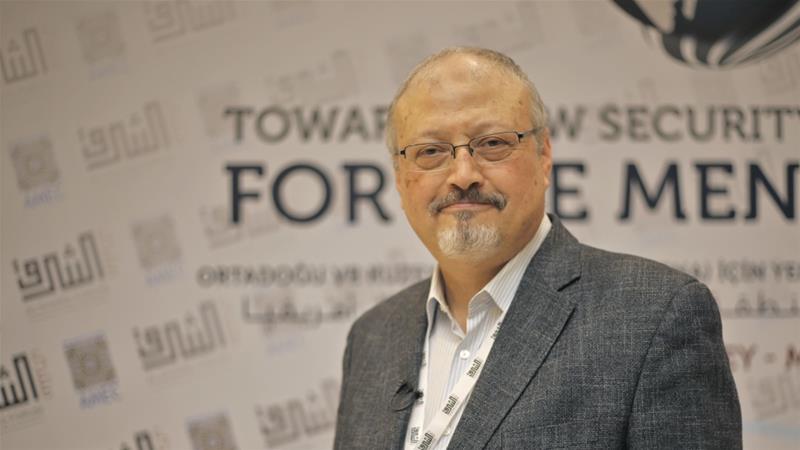 Saudi Arabia’s Attorney General is seeking the death penalty for five people who have been charged with ordering and carrying out the murder of Washington Post columnist Jamal Khashoggi.

Saud al-Mojeb told a news conference in Riyadh on Thursday that five men ordered drugging and dismemberment of Khashoggi after “talks with him failed” inside the country’s consulate in Istanbul.

He added that Crown Prince Mohammed bin Salman, also known as MBS, was not implicated in the gruesome murder that has triggered global outrage.

Khashoggi, a critic of MBS’s supposed reform programme, was killed after he entered the consulate on October 2 to obtain a document certifying his divorce.

Mojeb said Khashoggi died from a lethal injection and his body was dismembered and taken out of the building.

Saudi authorities had initially stated the journalist left the consulate, before backtracking and admitting on October 20 he was killed by “rogue” operatives.

Mojeb said 21 people were in custody, with 11 indicted and referred to trial, adding that Saud al-Qahtani, a former adviser to the royal court, had been banned from travelling and remained under investigation.

Last year, when Saudi Arabia, the United Arab Emirates, Bahrain and Egypt severed diplomatic and trade ties with Qatar, al-Qahtani launched the hashtag #TheBlacklist, urging Saudis to tweet the names of anyone who sympathised with Qatar.

‘No one has faith in the Saudi judicial system’

Bill Law, a journalist and Middle East analyst told Al Jazeera that despite not being implicated, there was “enormous pressure” piling on MBS, and Turkey could continue demanding an international probe into the journalist’s murder.

“Graham, a senior republican senator, and Bob Corker, the chair of the foreign relations committee, have called for an immediate end to the arms deals that the US has [with Saudi Arabia] in the Yemen war and has also said that as far as he’s concerned Mohammed bin Salman is the person responsible,” Law said.

“It’s a pressure point that Erdogan can continue to push on and I think he will do that.”