RAIPUR JATTAN, India/SINGAPORE (Reuters) – For more than two decades, Indian farmer Ravindra Kajal cultivated rice the way his forefathers had – every June he flooded his fields with water before hiring an army of farmhands to plant paddy seedlings. 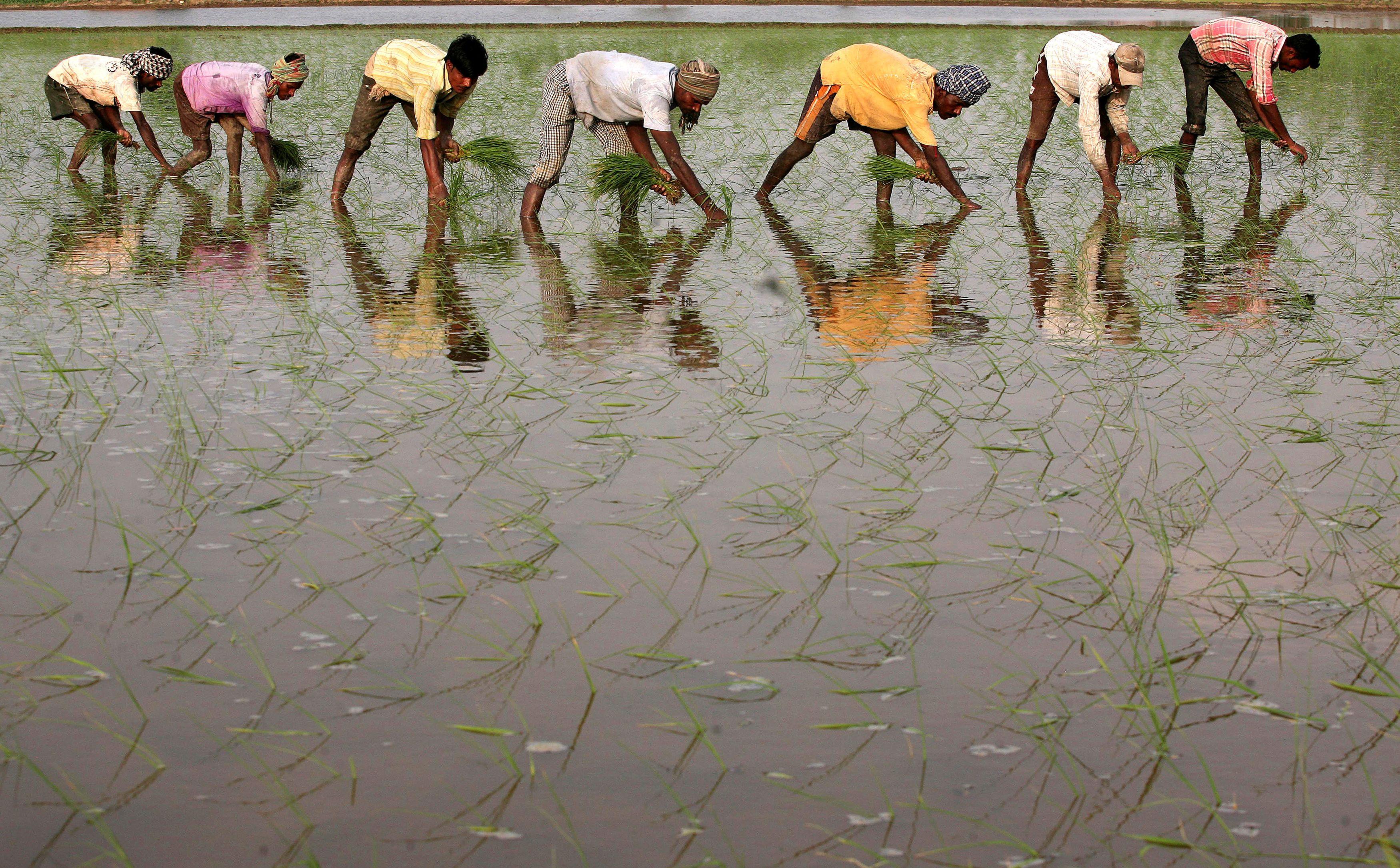 But a scarcity of workers this year because of the coronavirus forced Kajal to change. He irrigated the field just enough to moisten the soil and leased a drilling machine to directly sow seeds on his 9-acre (3.6-hectare) plot.

“Since I was more than comfortable with the tried-and-tested way of growing rice, I opted for the new method with some trepidation,” said Kajal, 46, looking over his field, green with rice saplings, in the Raipur Jattan village in Haryana state.

“But I’ve already saved around 7,500 rupees ($100) per acre because I hardly spent on water and workers this year,” he said.

India is the world’s biggest exporter of rice and the world’s second-biggest producer after China. Across the country’s grain bowl states of Haryana and neighbouring Punjab, thousands of farmers like Kajal have been forced by the coronavirus to mechanise planting.

They are still wary of the technology and overturning the time-honoured use of manual labour.

But Kahan Singh Pannu, Punjab’s agriculture secretary, is convinced a historic change is underway that could dramatically increase India’s rice output, which in turn could impact world markets.

“It is no less than a revolution in Indian agriculture,” he told Reuters.

Government officials say the so-called direct seeding of rice (DSR) method could increase yields by about one-third and slash costs on workers and water.

The DSR machines allow farmers to grow more than 30 saplings per square metre against the usual 15 to 18 seedlings, said Naresh Gulati, a state government farm official in Punjab.

Punjab is the home of the 1960s Green Revolution that led to a spike in crop yields. This year, farmers there have used seed drilling machines to sow rice on more than half a million hectares, a big increase compared with less than 50,000 hectares in 2019, growers and government officials said.

Pannu expects DSR use to jump again next year.

“More and more farmers are using the DSR technology which seems to be so promising that the entire 2.7 million hectares of Punjab’s rice area could come under it next year, which will be a watershed for India’s rice production,” he said.

Avinash Kishore, a research fellow at the Washington-based International Food Policy Research Institute (IFPRI), said if this year’s crop was good, DSR would be the way forward.

“The scale of this year’s shift to the DSR is a momentous change in rice cultivation in India,” he said.

Sudhanshu Singh, a senior agronomist at the International Rice Research Institute in the Philippines, said the shift to DSR was “one of the rare positive fallouts from COVID.”

None of the world’s major rice exporting nations – India, Vietnam and Thailand – makes significant use of seeding machines.

They have come into play in a big way in India this year because hundreds of thousands of migrant labourers from Bihar and Jharkhand states in the east did not arrive in the northern grain belt for the 2020 planting season due to the coronavirus lockdown.

That pushed up the price of local workers and made it more economical for farmers to lease rice planting machines rather than pay for hired help, said Jaskaran Singh Mahal, a director at the Punjab Agricultural University.

Farm wages have gone up by 1,500 rupees an acre to about 4,500 rupees this year, and growers need around half a dozen workers to transplant rice paddy on a one acre plot.

“Other than helping us save on major overheads such as water and labour, DSR is swift, unlike the old method which was tedious and time-consuming,” said Devinder Singh Gill, a farmer in Punjab’s Moga district, well known for its aromatic basmati rice.

The conventional method requires farmers to sow seeds in nurseries and then wait for 20 to 30 days before manually transplanting the seedlings into plantation fields that are ankle-deep in water.

Water conservation is another key attribute of DSR, which is crucial in a mostly dry, monsoon dependent country like India.

Under the conventional method, 3,000 to 5,000 litres of water is used in India to produce 1 kg of rice – the most water-thirsty crop – and DSR allows growers to cut water use by at least 50% to 60%, farmers and government officials said.

The main challenge for farmers using direct seeding machines is managing weeds, which require the spraying of herbicides through the season.

Still, even factoring in the extra costs of these applications, the overall cost of cultivation is substantially lower under DSR, said Kajal, the farmer in Haryana.

Another drawback will be that if the method is adopted across the farm belt, there will be huge unemployment in the eastern states next year.

But farmers say they will wait to see the harvest in October before deciding whether to stick with the technology next year.

“The new technology leads to a lot of saving on account of water and labour, but the real test lies in productivity and farmers will not be fully convinced unless they see some rise in their yields,” said Ashok Singh, a rice farmer.