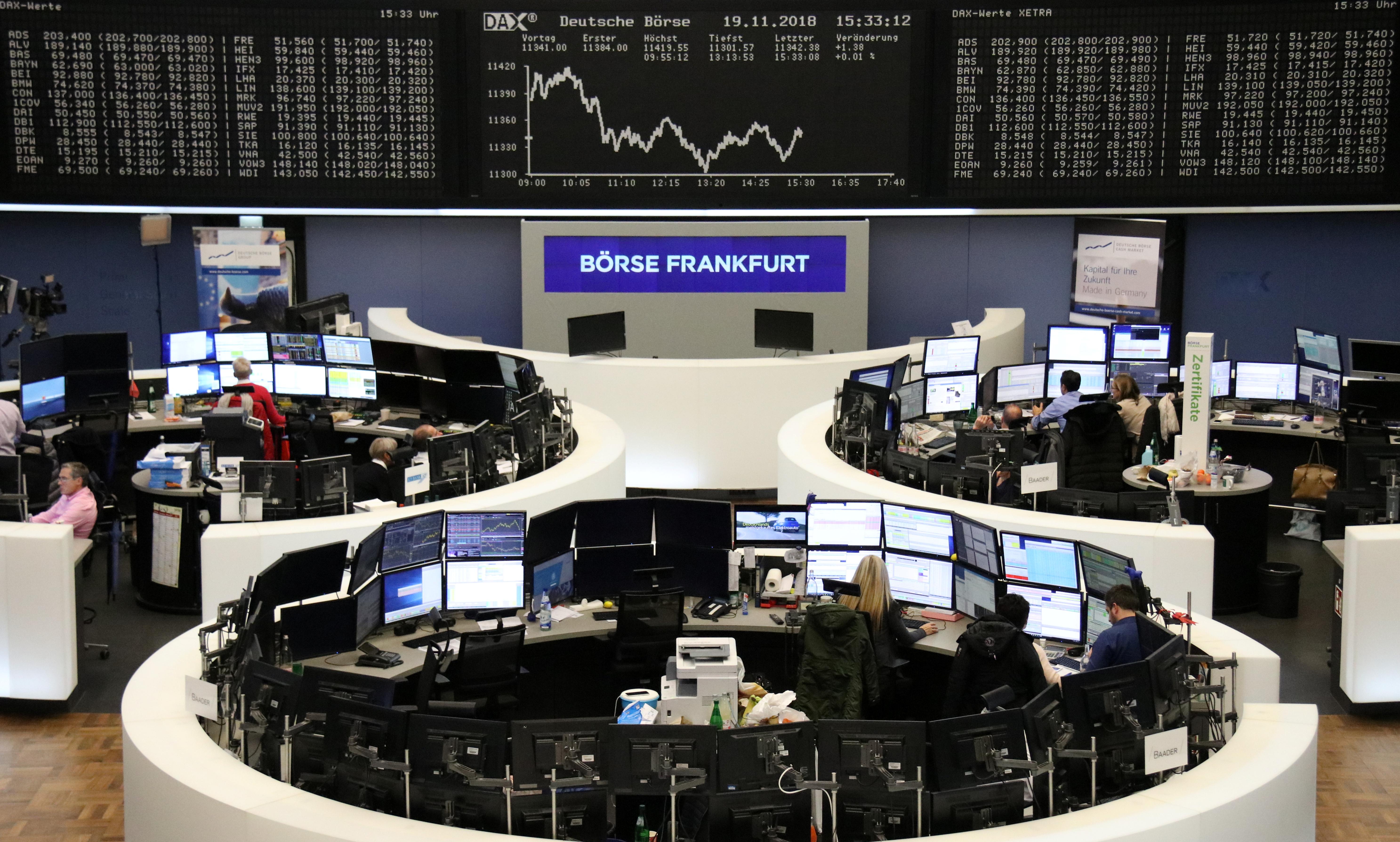 The pan-European STOXX 600 index fell 1.1 percent to its lowest level in more than three weeks, with Germany’s DAX .GDAXI down 1.2 percent and Britain’s FTSE 100 .FTSE down 0.8 percent.

Though European stocks have substantially lagged the United States this year and valuations have fallen, investors said it was too early for the region to be an attractive value play.

“It would have to be table-thumpingly cheap to make valuations themselves offset people’s scepticism about Europe’s ability to grow,” said Kevin Gardiner, global investment strategist at Rothschild & Co Wealth Management.

Europe’s bank stocks index .SX7P sank 2.3 percent, its worst day in nearly six weeks, with Italian lenders .FTIT8300 down 2.6 percent at their lowest level since the end of November 2016.

Italian government bond yields soared as investors fled its sovereign debt again with Rome showing no signs of backing down in a budget row with the European Commission.

Swiss bank and wealth manager Julius Baer (BAER.S) fell 7.2 percent after it said it was cutting spending under adverse market conditions, warning it may not achieve its cost-income target this year.

Anxieties about iPhone growth at Apple swept tech stocks, another big drag on the region.

The tech sector is down 9.8 percent this year, lagging oil, healthcare, media, and utilities.

French carmaker Renault (RENA.PA) remained under pressure, down 1.2 percent as Exane and BAML analysts downgraded the stock. It fell 8.4 percent on Monday when CEO Carlos Ghosn was arrested on allegations of financial misconduct.

German payments firm Wirecard’s (WDIG.DE) shares fell 5.8 percent after the company said it expected core earnings between 740 and 800 million euros, implying profits growth of 37.5 percent – at the midpoint of the expected range.

Overall earnings growth expectations for MSCI Europe have been falling recently as analysts readjust their estimates to a bleaker picture for the global economy.

“We expect low equity returns across all regions for 2019,” wrote Goldman Sachs analysts.

“With slow profit growth, investors are likely to focus on a deterioration in the growth and inflation mix.”