US President says the agency had ‘feelings’ but did not firmly place blame on Saudi Crown Prince Mohammed bin Salman. 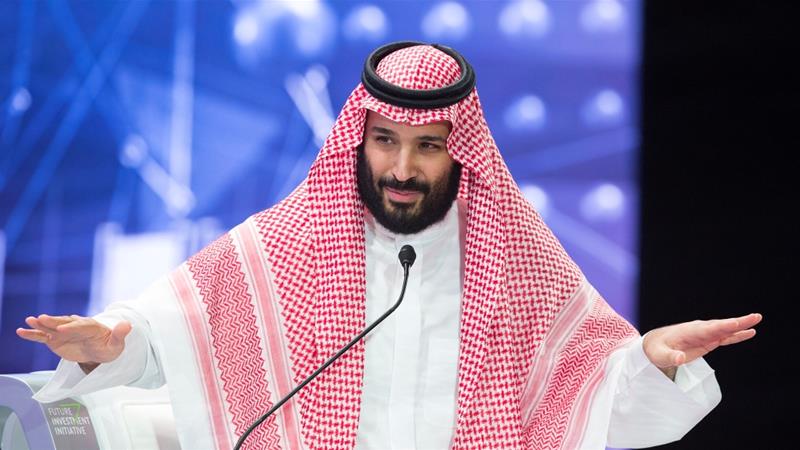 US President Donald Trump has contradicted the CIA’s reported assessment that Saudi Crown Prince Mohammed bin Salman ordered the killing of Washington Post columnist Jamal Khashoggi, insisting that the agency had “feelings” but did not firmly place the blame for the death.

Last week, senior intelligence officials from the US spy agency said that such an operation would have needed the approval of Prince Mohammed, also known as MBS, the kingdom’s de facto leader.

Citing vehement denials by MBS and King Salman, Trump defended the Saudi monarchy on Thursday, saying they did not commit “this atrocity”.

“I hate the crime, I hate the cover-up. I will tell you this: The crown prince hates it more than I do, and they have vehemently denied it.”

Asked who should be held accountable for the murder, Trump again refused to place the blame – instead espousing a grim view of the world that he often shares with his advisers.

He also seemed to suggest that all US allies were guilty of the same behaviour, declaring that if others were held to the standard to which critics have held Saudi Arabia in recent days, “we wouldn’t be able to have anyone for an ally”.

Turkish Foreign Minister Mevlut Cavusoglu said Trump’s comments indicated that he would turn a “blind-eye” to the incident.

Speaking to local broadcaster CNN Turk, Cavusoglu added that the US had not informed Turkey of an audio recording in which MBS can be heard calling for Khashoggi to be “silenced as soon as possible”.

Turkish officials have repeatedly said the killing was intentional and have been pressuring Saudi Arabia to extradite those responsible to stand trial.

On Thursday, Federica Mogherini, the EU’s foreign affairs chief, said there needed to be a “transparent” and “credible” investigation into Khashoggi’s murder.

“Those responsible, really responsible for this terrible murder have to be accountable,” Mogherini told a news conference in Ankara.

Khashoggi, a contributing columnist for the Washington Post, was killed when he entered the Saudi consulate in Istanbul on October 2 to obtain a document certifying his divorce.

The kingdom initially rejected accusations that Saudi officials were behind his disappearance, but after Turkish authorities began leaking evidence of high-level involvement, Riyadh eventually backtracked and admitted that he was killed by “rogue” operatives.

More than 50 days after his murder, the whereabouts of Khashoggi’s body are still unknown.

Critics in US Congress and high-ranking officials in other countries have accused Trump of ignoring human rights and giving Saudi Arabia a pass for economic reasons, including its influence on the world oil market.

Bessma Momani, a professor at the University of Waterloo in Canada, said it was unsurprising that the Trump administration had repeatedly defended its ties with the Saudi monarchy despite international condemnation.

“There have been several opportunities for Trump to rein in Mohammed bin Salman, to make it very clear that not only was this unacceptable but that there would be consequences.

“Instead, Trump has made it very clear that he sees the relationship as a strategic one, one in countering Iranian influence in the region. He has continued to suggest that there is an enormous amount of money to be made, both in preserving the the US-Saudi arms trade and the limitless supply of Saudi oil in the world economy.”

Momani added that international pressure on MBS won’t amount to much going forward, with Britain and France reluctant to jeopardise their large arms contract with the Saudis.

“Many countries are going to fall in line, particularly countries that have these large arms trade deals with the Saudis – the UK and France for example. I don’t think any of those leaders are going to rock the boat. But we might see leaders like Angela Merkel – who knows she’s in a laying duck position, has 18 months left in power and doesn’t have a very strong trade deal with the Saudis.

MBS is currently touring the Middle East, dubbed “a tour of brotherly countries,” and is expected to attend the G20 summit in Argentina next week.

Nader Hashemi, the director of the Center for Middle East Studies at the University of Denver, said the trip could put MBS in possible legal jeopardy under the policy of universal jurisdiction under international law.

“If there is a case brought against the Saudi crown prince for war crimes or murder by another court that is considered to be credible then an indictment can be issued against him when he arrives in Buenos Aires,” Hashemi told Al Jazeera.

“So, I suspect this is something his lawyers and advisors are looking into and I hope human rights groups in Argentina are preparing a case against the Saudi prince, not only for the murder of Jamal Khashoggi, but also what the prince has been doing in Yemen.”