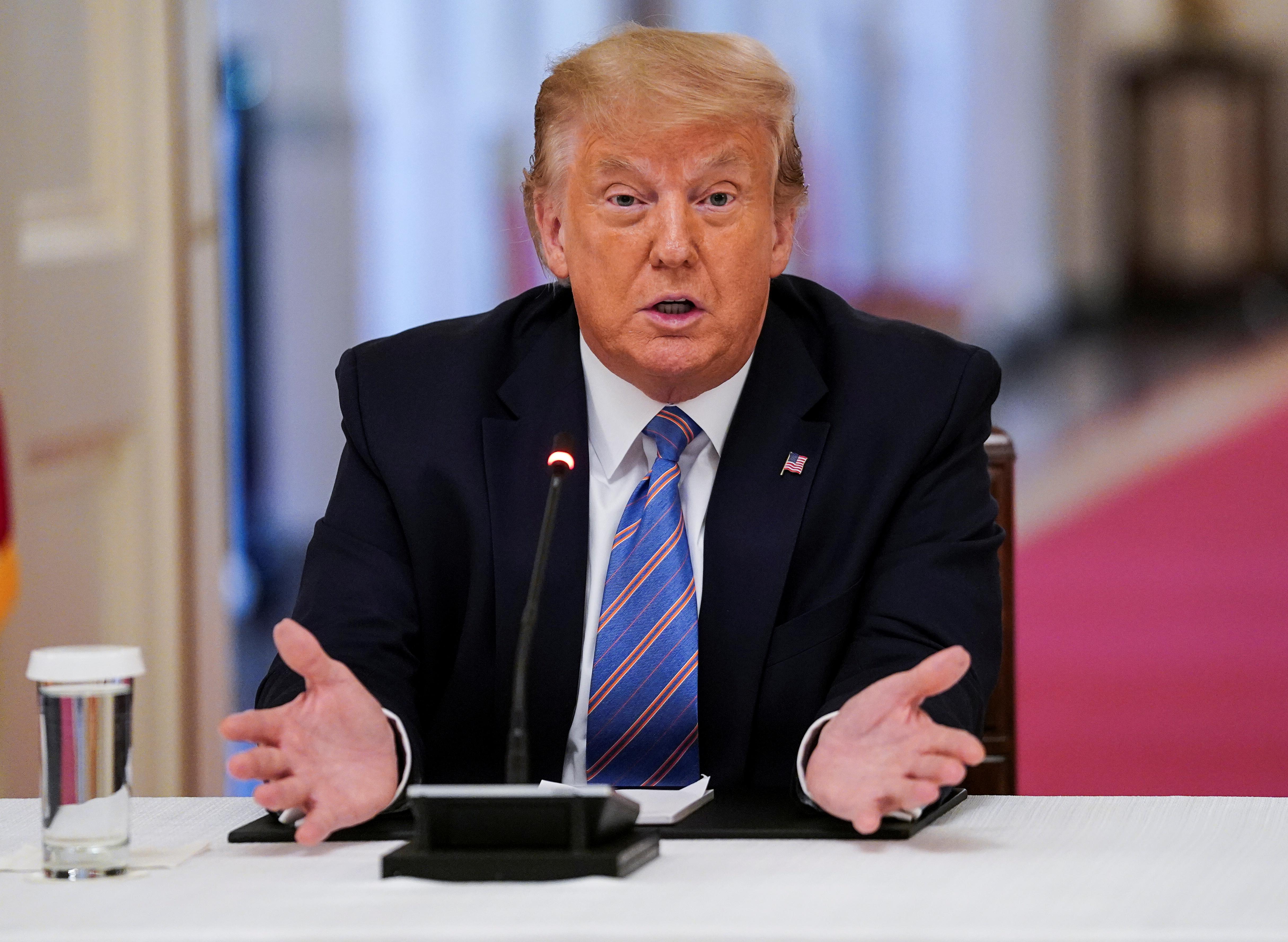 WASHINGTON (Reuters) – U.S. President Donald Trump on Tuesday shut the door on “Phase 2” trade negotiations with China, saying he does not want to talk to Beijing about trade because of the coronavirus pandemic.

“I’m not interested right now in talking to China,” Trump replied when asked in an interview with CBS News whether Phase 2 trade talks were dead.

“We made a great trade deal,” Trump said, of the Phase 1 agreement signed in January. “But as soon as the deal was done, the ink wasn’t even dry, and they hit us with the plague,” he said, referring to the novel coronavirus, which first emerged from the Chinese city of Wuhan.

For months, Trump has blamed China for sending the coronavirus to the United States, saying that China must be “held accountable” for failing to contain the disease. The pandemic has taken a stiff toll on the U.S. economy, endangering Trump’s hopes for re-election in November. China pledged to increase purchases of U.S. farm and manufactured goods, energy and services by $200 billion over two years as part of the Phase 1 trade deal, but Trump has said the pandemic changed his views on the agreement.

At the White House, Trump announced that he signed legislation and an executive order to hold China accountable for the “oppressive” national security law it imposed on Hong Kong.

The measure approved by Congress, the latest in a series of moves aimed at ratcheting up pressure on Beijing, gives Trump’s administration the authority to penalize banks doing business with Chinese officials who implement Beijing’s new national security law on Hong Kong.

Trump said he has no plans to talk with Chinese President Xi Jinping.

Even before the coronavirus pandemic began, few trade watchers in Washington were expecting here Phase 2 negotiations to bear fruit before the 2020 election.