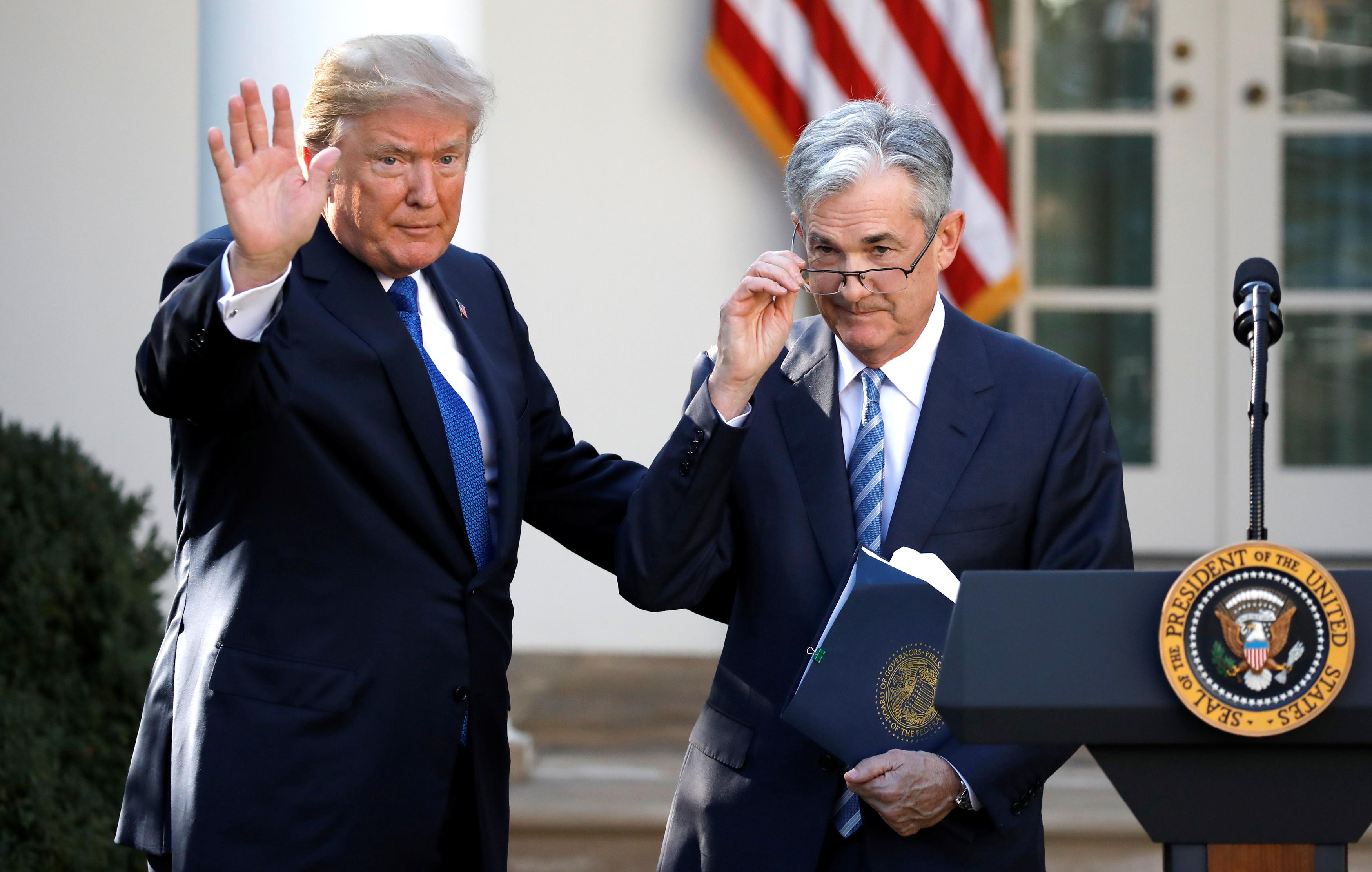 Trump, departing the White House to travel to the G7 summit in France, told reporters, “I’m not happy with Jay Powell.”

His comments continued a war of words against Powell that, along with retaliatory tariffs imposed on U.S. goods by China, helped trigger a sharp drop on Friday in the U.S. stock market.

“I don’t think he’s doing a good job at all,” Trump told reporters as he left the White House shortly before midnight on Friday.

“I don’t think he’s much of a chess player, but I’ve got him so, you know, that’s what I have,” added the president, who earlier questioned on Twitter who was “our bigger enemy,” Powell or Chinese leader Xi Jinping.

Asked if he wanted Powell to resign, Trump replied: “Do I want him to resign? Let me put it this way, if he did I wouldn’t stop him.”

Powell was in Jackson Hole, Wyoming, on Friday for a meeting with other central bankers. He said the Fed would “act as appropriate” to keep the U.S. economy healthy in a deteriorating global economy but stopped short of committing to a series of rate cuts sought by Trump.

Faced with growing risks to the economy, the Fed cut rates for the first time in more than a decade last month, and markets overwhelmingly expect the central bank to deliver another cut at its September policy review.