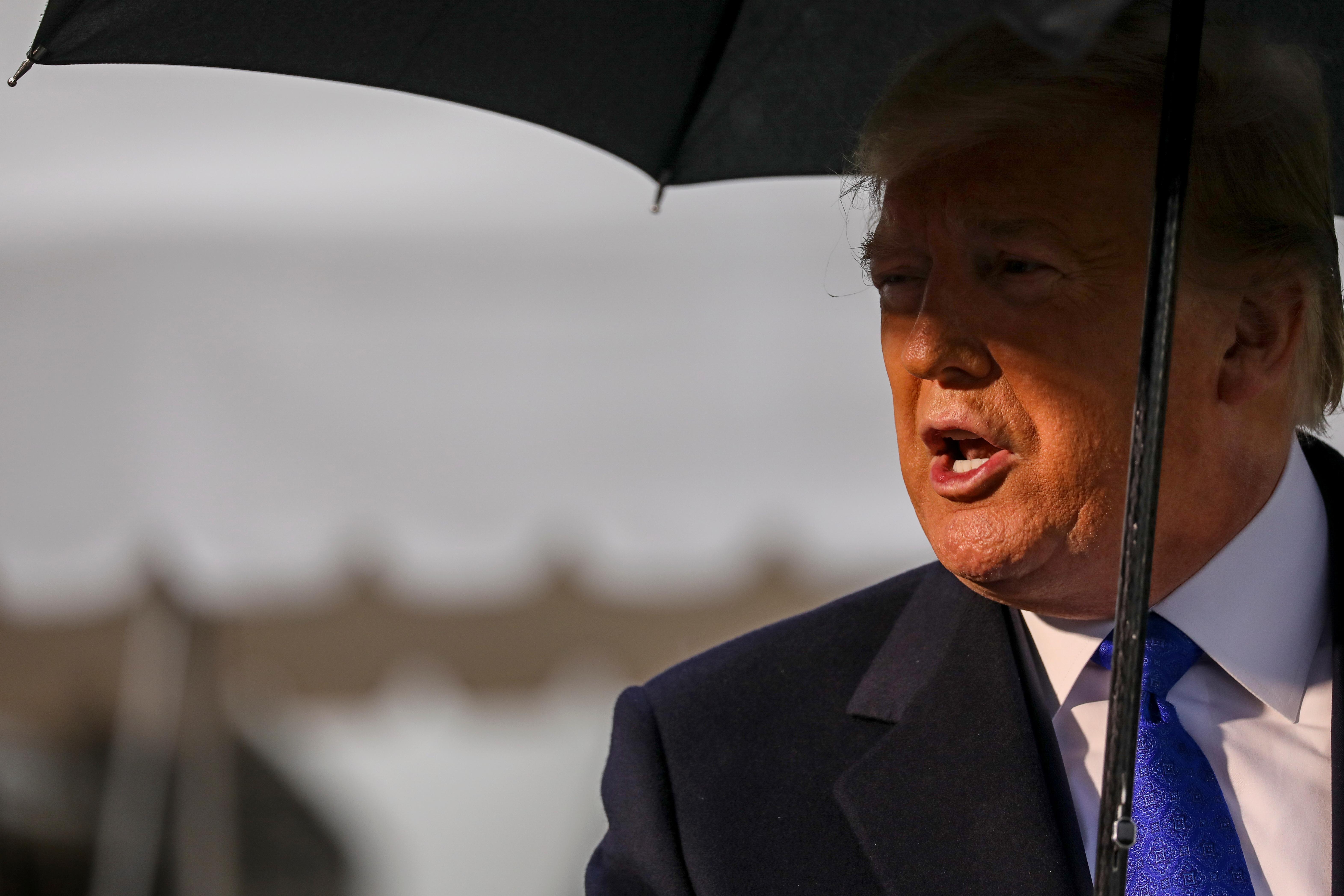 The law “doesn’t make it better, but we’ll see what happens,” Trump said, talking to reporters. He gave no indication when the deal would be finalized.

Meanwhile, two top U.S. officials on Monday said a deal could still happen this year depending on China’s actions.

Washington and Beijing have yet to ink a so-called “phase one” trade agreement announced in October as the trade war between the world’s two largest economies enters its second year with tariffs on both sides rocking the global economy.

“The Chinese are always negotiating. I’m very happy where we are,” Trump said as he prepared to depart the White House for a NATO summit in London. “The Chinese want to make a deal. We’ll see what happens.”

On Sunday, news site Axios reported the law had stalled the trade deal.

Trade experts and people close to the White House have said the agreement may not be signed until next year.

But White House adviser Kellyanne Conway separately told reporters at the White House on Monday that the deal was still possible before the end of the year.

U.S. Commerce Secretary Wilbur Ross, in a television interview, cited a further 15% U.S. tariff on about $156 billion worth of Chinese imports set to take effect Dec. 15 as a natural deadline and said time was running out for China to avoid it.

“If nothing happens between now and then, the president has made quite clear he’ll put the tariffs in,” Ross told Fox Business Network.

Asked if the Trump administration was willing to roll back current tariffs on China, Ross added: “It all depends on their behavior between now and then.”

Conway told reporters that phase one deal was still being written up. Ross said it would address Beijing purchases of U.S. farm products as well as some intellectual property and other structural reforms, but gave no other details.