They went to the same college. They studied the same thing. They wore matching clothes. They trimmed their beards exactly the same way.

Identical twins, they were two handsome young men in northern India who, above all else, really loved each other. And when they both were struck by Covid-19 last month and hospitalised, it was like they shared one sick body.

Hours after Joefred died, their mother told Ralfred that his brother was still alive, to keep his spirits up.

But Ralfred sensed his brother was no more and said, from his hospital bed, “Mummy, you’re lying”.

The touching story of the twins who lived and died together has spread fast and wide on Indian social media, puncturing this nation’s numbing statistics – the daily Covid-19 case numbers, the death counts, the infection rates.

This is a country that has suffered so much and keeps suffering. Although India’s overall case numbers have dropped this past week, the deaths keep going up.

On Wednesday (May 19), India broke a world record for the most reported Covid-19 deaths in a single day: 4,529. However alarming that number is – three Indians dying every minute because of the coronavirus – experts say that it is just a small fraction of the true toll and that the real numbers are far higher.

Joefred and Ralfred, 24, had a special bond. Although their parents gave them similar names, they said they did not raise the twins to copy each other. Still, neighbours said that where you saw one, you saw the other, even after they reached adulthood.

They grew up, along with an older brother, in a one-storey bungalow in Meerut, a satellite town of New Delhi. Their parents were teachers at a Christian school. The family was among the few Christians in a mixed, middle-class neighbourhood.

As boys, they batted cricket balls together in a vacant lot. Together they hunched over the carrom table, a popular Indian game played on a wooden board.

Joefred was three minutes older. But there were none of those older brother-younger brother issues.

“They were equals,” said their father, Gregory Raymond Raphael. “They argued, yes. But I never saw them hurt each other.” 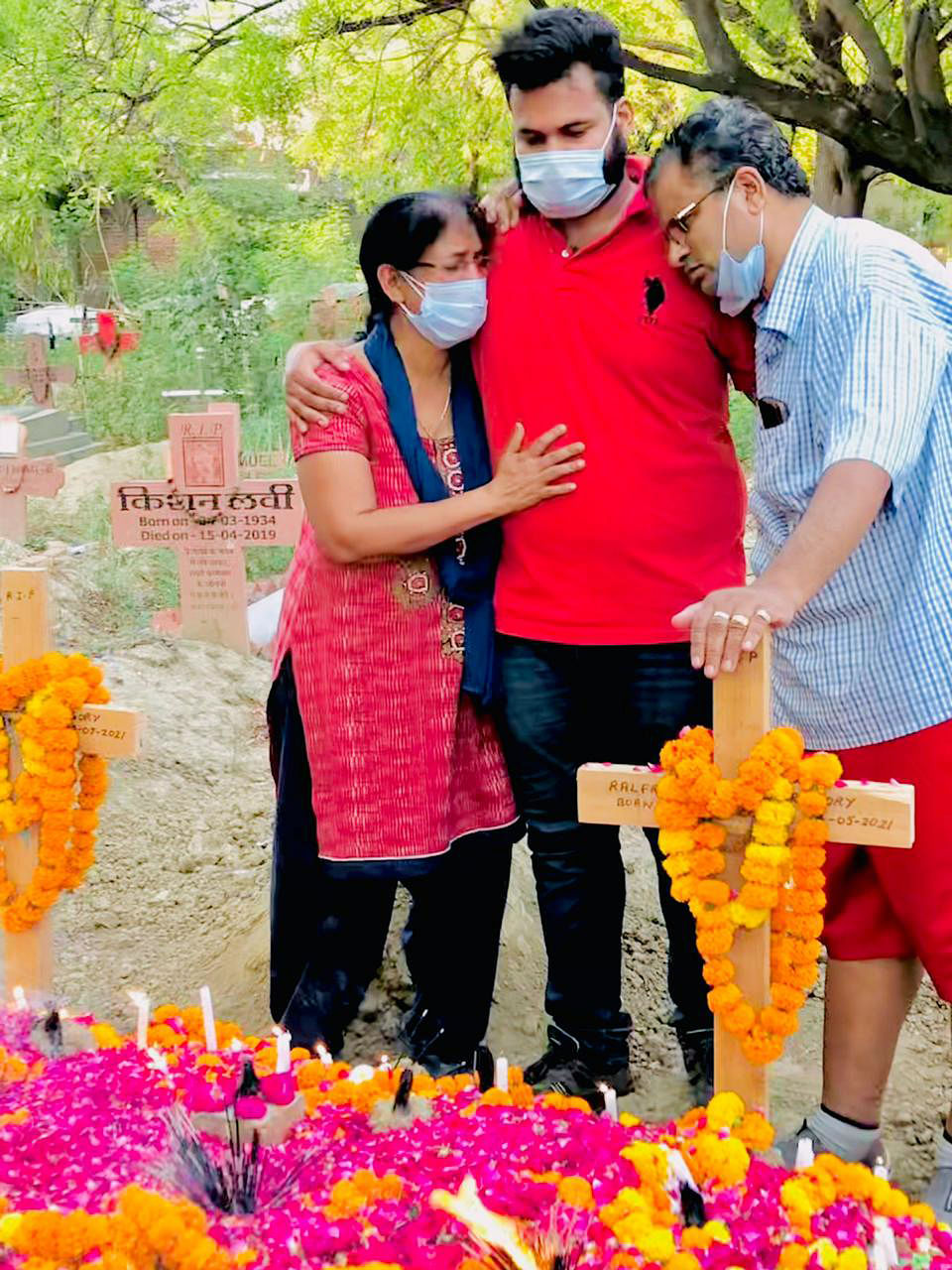 As young men, they studied together: same year, same university in southern India, same subject, computer science. They wore their hair in the same style. They looked like mirror images.

Few people, besides their parents, could tell them apart. They were the same height, around 6 feet (1.8m), with the same muscular build. Friends said that at weddings, birthday parties and just about all community events, Joefred and Ralfred not only dressed the same but also stuck together in a crowd.

“It was like they were merged,” said Mr Manoj Kumar, a neighbour and family friend. “There was immense love between the two of them.”

Both were computer engineers, most recently working from home in Meerut, and on April 24, they came down with fevers at the same time, their father said. The family treated them at home, with some over-the-counter medicine, but began to worry as their condition worsened.

In late April and early this month, India was suffering the worst surge of infections that any country had seen since the pandemic began.

So many people were getting infected at the same time, especially in northern India, where Meerut is, that hospitals could not cope. Sick people were being turned away. They were dying in the streets, in the back seats of cars parked in vain outside hospital gates, at home, gasping for air.

There was a deadly shortage of life-saving oxygen and medicine. It was the Covid-19 nightmare that all nations have feared since the pandemic began, exploding with a fury.

A week into their sons’ illness, the family decided to seek help and found space in Anand Hospital, a private facility with a good reputation not far from their house. Both sons tested positive for Covid-19 and a doctor at the hospital said that by that point, the disease had progressed frighteningly fast.

Both sons had very dangerous lung infections. Both were put on ventilators in the intensive care unit (ICU) a few beds apart, Joefred in Bed 10, Ralfred in 14.

On the morning of May 13, Joefred, the older twin, was losing his battle. His blood oxygen levels dropped to 48 per cent, his father said. Nothing could save him.

The twins’ mother, Soja, was visiting the ICU at that moment. The doctors told her to leave. A few minutes later, around noon, they broke the news that Joefred had died.

The mother, overwhelmed with grief, then went back into the ICU to check on Ralfred, who kept asking, “Where is Joefred? Where is Joefred?” His mother told him that his brother had been transferred to a bigger hospital.

“We thought his condition would get worse if we told him what happened,” his father said.

He said to his mother: “Mummy, you lied. You tell me the truth.” But she did not.

Ralfred then went into depression, his doctor said. And the next morning, less than 24 hours after his brother died, so did he.

As word spread, leading Indian newspapers ran stories, showing the two brothers side by side in identical suits. Television stations jumped in as well, with their doctor talking about how thoroughly the virus had destroyed their lungs.

Of all the thousands of deaths in recent days, these two seemed to really unsettle people, perhaps because the twins were just in their 20s and had looked so healthy, or maybe it was simply their closeness.

Their story is as much about love as it is about death.

Across social media, people exchanged messages such as, “This is so heartbreaking!” and “How devastating it must be for the parents. So young”.

Their father said he feels as if his heart has been torn from his body. “I keep thinking that maybe I shouldn’t have brought them to the hospital,” he said.

“Maybe I should have kept them at home. There is a parental love that the hospital can’t give. But there’s no use of saying, ‘if this could have happened, or that could happened’. My children are gone now.”

The father said he visits the graveyard every day. Beneath a young neem tree, Joefred and Ralfred Gregory are buried in two coffins but one grave.