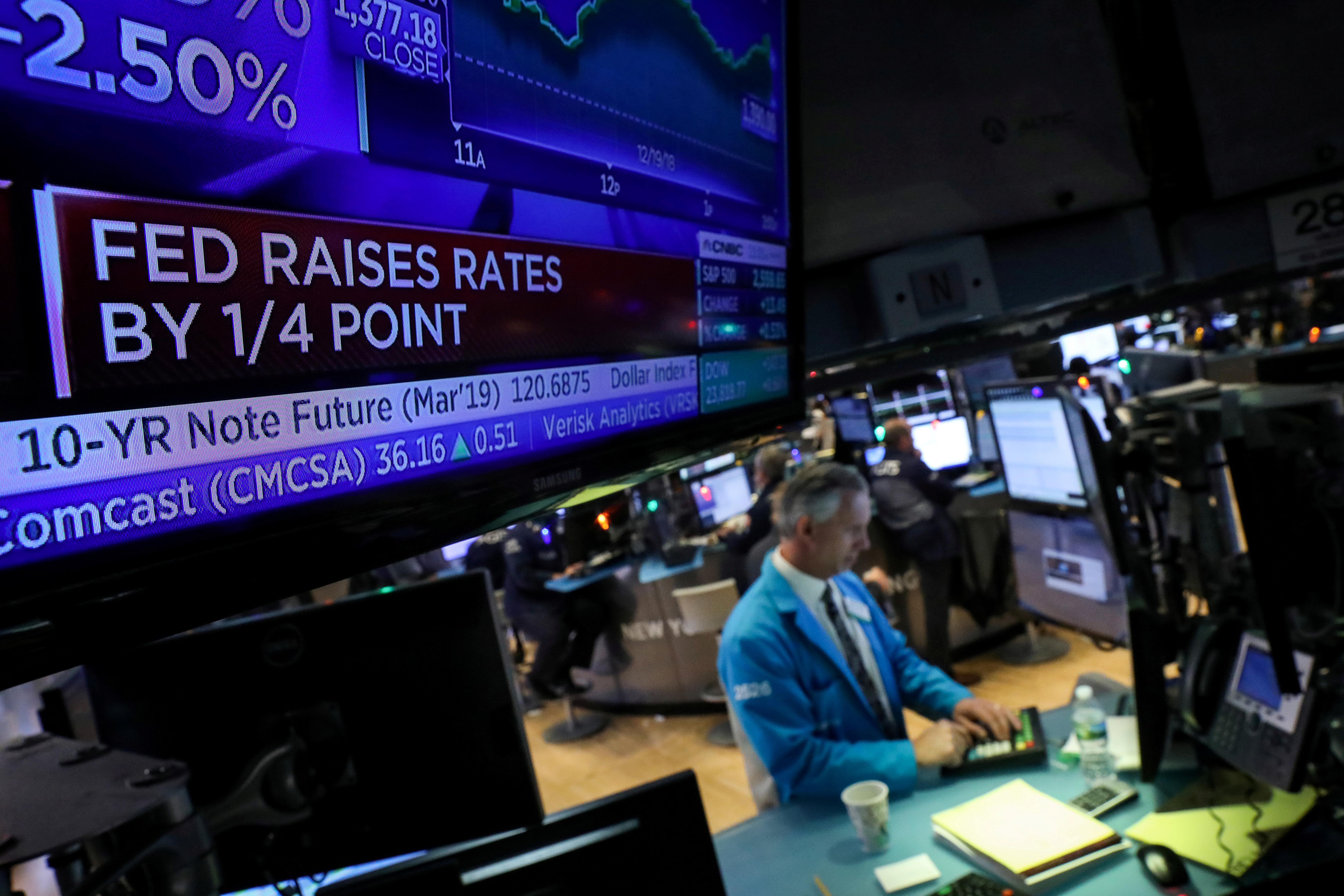 The fed funds effective rate, currently set at 2.4 percent, is the Federal Reserve’s key policy rate. The market move suggests investors believe the U.S. central bank will not be able to continue to tighten monetary policy as its forecast suggests, after having lifted benchmark interest rates four times in 2018.

“The market is effectively saying that at some point in the next 24 months, the Fed is going to have to not only stop hiking, but actively start easing.”

A report from the Institute of Supply Management showed that U.S. factory activity slowed more than expected in December. The ISM index fell to 54.1 from 59.3 in November, the biggest drop since October 2008.

The two-year Treasury yield US2YT=RR fell to its lowest since May 30 and was last down 12 basis points at 2.38 percent. The two-year yield rises with investors’ expectations of rate hikes.

The benchmark 10-year government note yield US10YT=RR fell to a session low of 2.55 percent, a more than 50 percent retracement from its 2018 high. It is down 11.5 basis points, falling below 2.6 percent for the first time since January 2018.

Weakening iPhone sales in China prompted Apple on Wednesday to cut its quarterly sales forecast. Investors pulled out of equity markets following the announcement, which suggested the economic slowdown in China may be worse than expected, casting a shadow over the outlook for corporate profit growth this year.

China’s economy was already a focus of concern after a measure of its manufacturing activity shrank for the first time in 19 months in December, hit by the Chinese-U.S. trade war, with the weakness spilling over to other Asian economies.

“Given the ISM print from this morning and what is happening in equities, (the inversion of the two-year yield and the fed funds rate) is not as big of a leap as it would have been had there not been any fundamental backing,” said Lyngen.

Friday morning will see the release of the government’s employment report, which will be examined closely for signs of any slowdown in hiring in the U.S. economy.