(Reuters) – European shares fell on Friday as global sentiment soured after Beijing ordered United States to close its consulate in a Chinese city in retaliation to similar action from Washington. 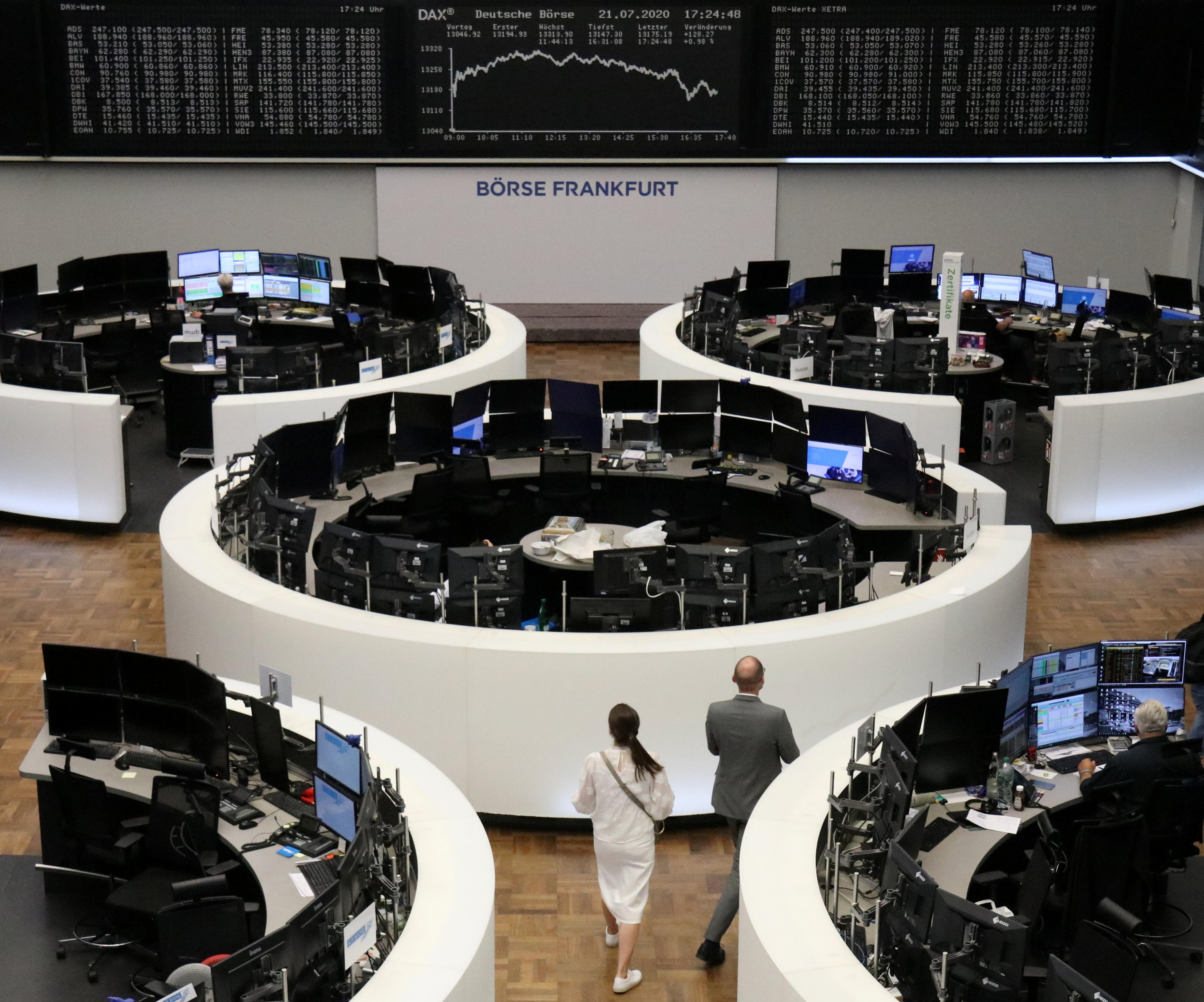 The pan-European STOXX 600 index fell 1.9%, on track for its biggest one-day drop in a month, pushing it to a weekly loss for the first time in four weeks.

“There could be more impact on equities, think technology companies … especially if the White House stops giving U.S. corporates a free pass in their dealings with China,” said Stephen Innes, chief global markets strategist at AxiCorp.

“What ultimately matters for growth assets is whether a geopolitical escalation morphs into economic beatdowns,” Innes added.

A 750-billion euro EU recovery fund and hopes of an eventual COVID-19 vaccine had put European stocks on course to end the week higher, until a U.S. order to shut the Chinese consulate in Houston over accusations of spying drew ire from Beijing.

This came as a welcome relief after data on Thursday showed euro zone consumer confidence unexpectedly fell in July.

In earnings, German chemicals distributor Brenntag AG (BNRGn.DE) jumped 2.1% after preliminary results showed core earnings beat estimates, while plumbing supplier Ferguson (FERG.L) rose after a fall in sales at it main U.S. operations recovered in the May to July period.