The trip makes Lloyd J. Austin III the first member of President Biden’s cabinet to visit the country. He met with the Afghan president, Ashraf Ghani. 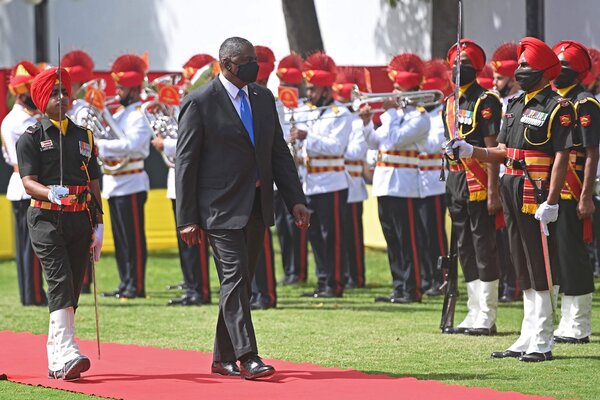 The United States is tentatively set to withdraw American forces from the country on May 1, the date set in an agreement signed by the Trump administration and the Taliban more than a year ago.

Speaking to reporters before his departure from Afghanistan, Mr. Austin declined to comment on whether the Taliban had met their obligations under that agreement, which would trigger the departure of U.S. forces from a country where they have had a continuous presence since 2001.

“It’s obvious that the level of violence remains pretty high in the country,” Mr. Austin said. “We’d really like to see that violence come down, and I think if it does come down it can begin to set the conditions for some really fruitful diplomatic work.”

Mr. Austin demurred on the idea of setting a different departure date for U.S. forces, saying that Mr. Biden would make that decision.

“What we want to see is a responsible end to this conflict,” he added in his remarks before leaving for the previously unannounced visit.