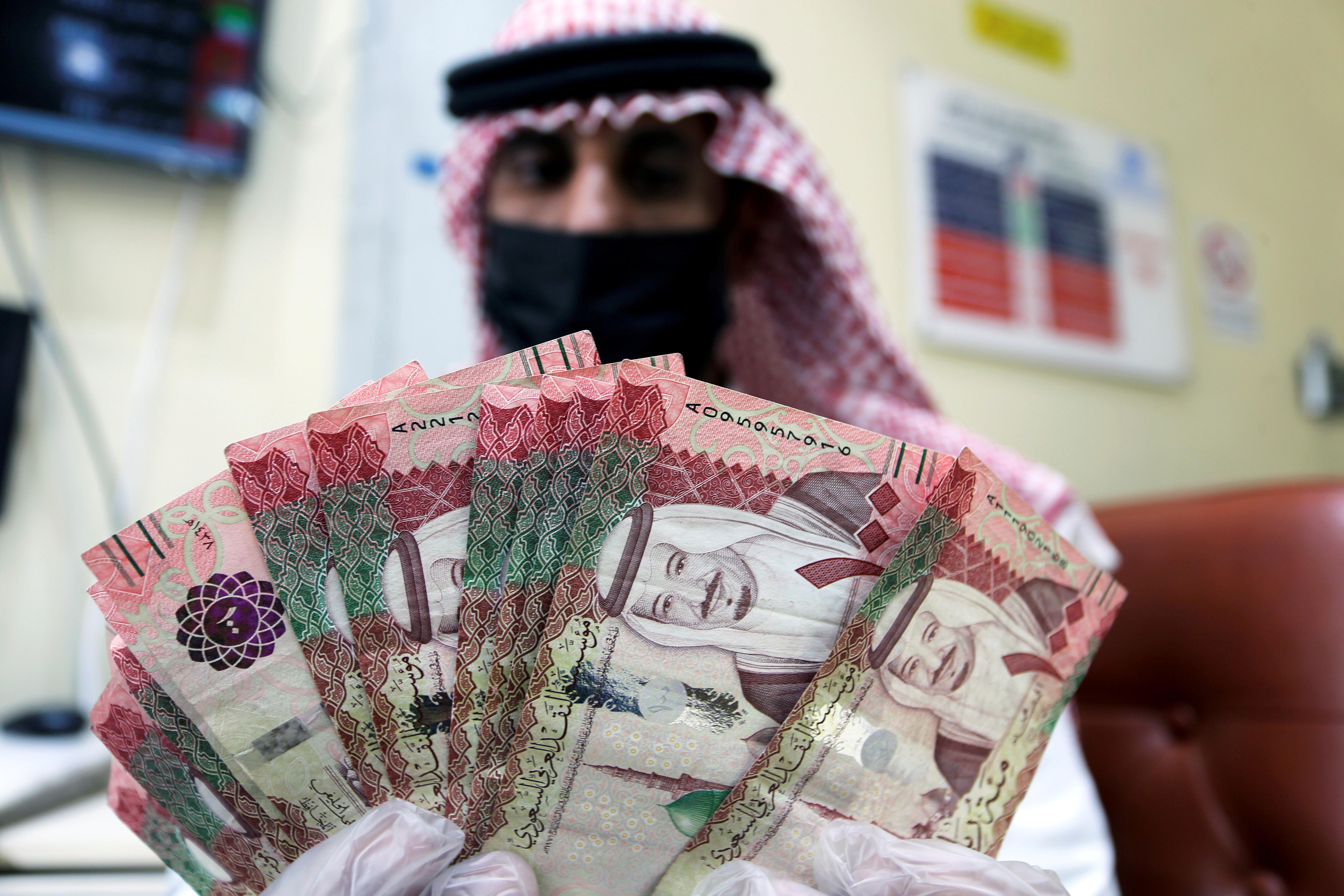 LONDON/DUBAI (Reuters) – The U.S. dollar rose against the Saudi riyal in the forwards market on Wednesday after oil prices slumped, with Brent crude futures dropping to their lowest in more than two decades as the coronavirus pandemic caused demand to collapse.

The Saudi riyal is pegged at 3.75 to the dollar in the spot market, so banks often use the forwards market to hedge against risks.

“While we do not think the (Gulf) pegs will be broken in this cycle, it is hard to see the pressure coming off the pegs in the next few weeks,” the Dutch bank ING said in a research note said.

Meanwhile, Saudi Arabia’s 30-year bonds due in 2047 and 2049 both lost 0.8 cents on Wednesday to trade at 98.9 cents and 104.4 cents respectively. Those were steeper losses than other Gulf government bonds with similar duration.

Two fund managers said the larger fall may be because Saudi debt is more widely traded. One of them said Saudi bonds shed more because of “further long-term fiscal pressure”.