LONDON (Reuters) – British factory orders fell at the slowest pace since March this month and firms are more upbeat after the economic impact of COVID-19 caused the biggest collapse in demand since 1980 over the previous quarter. 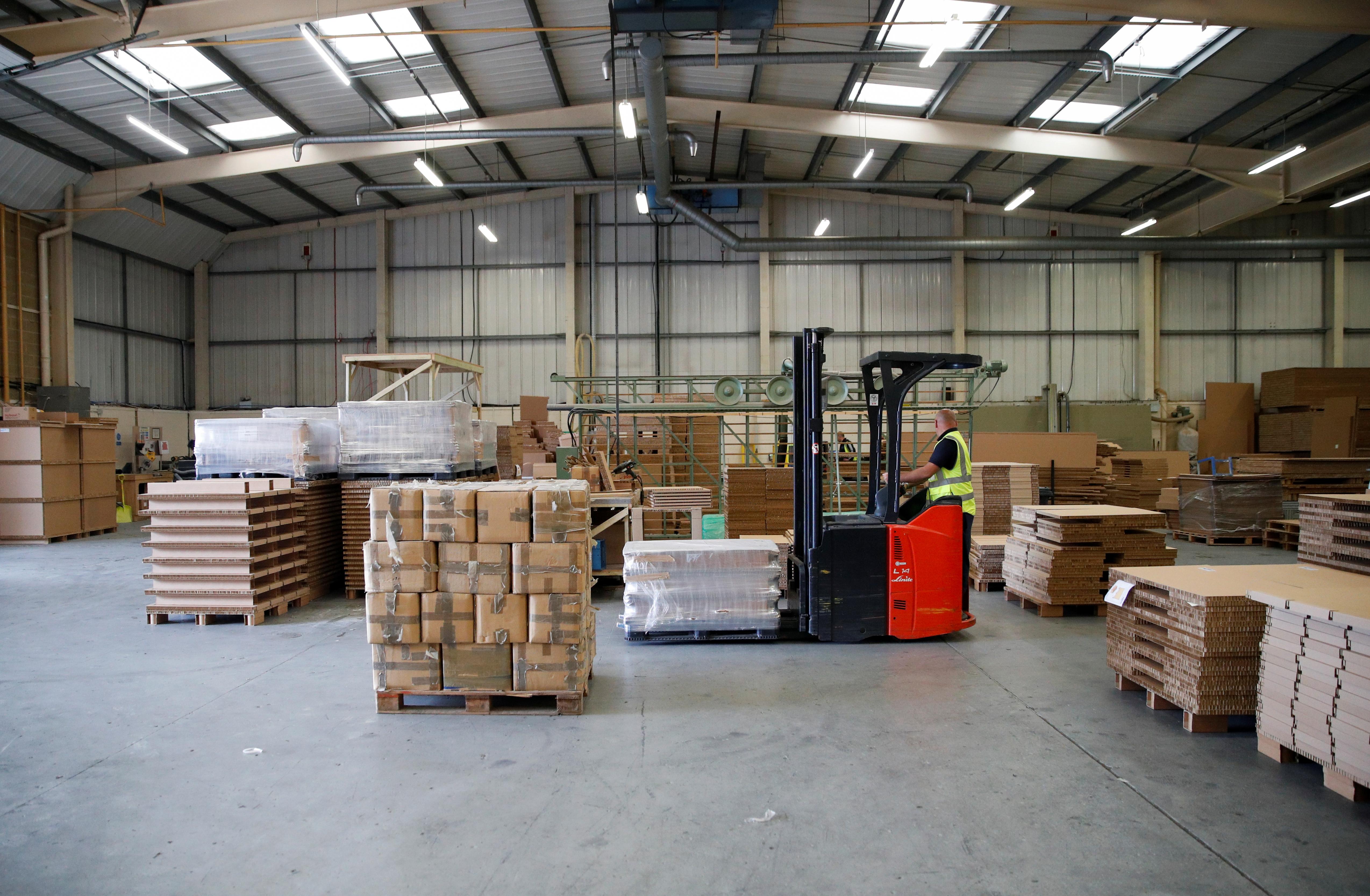 The Confederation of British Industry’s (CBI) monthly order book balance rose to -46 in July from -58 in June. This was its highest reading since March but a weaker number than the average forecast of -38 in a Reuters poll of economists.

A separate quarterly measure of factory orders for the three months to July was its lowest in 40 years, though quarterly output expectations were the strongest since April 2018.

“There are tentative signs of gradual recovery on the horizon, with firms expecting output and orders to begin to pick up in the next three months. But demand still remains deeply depressed,” CBI chief economist Rain Newton-Smith said.

Although British manufacturers were allowed to continue working through the lockdown, many shut down temporarily, especially in the automotive sector.

Official data showed manufacturing output collapsed by a record 24.4% in April before rising by 8.4% in May.

The CBI said manufacturers’ expectations for domestic orders over the next three months were the highest since January 2018, though they predicted overseas demand would stay below average.

Businesses also plan to cut staff numbers, albeit less widely than in the three months to July.

“This fuels suspicion that (finance minister Rishi Sunak) may feel compelled to take further steps to support the labour market in the autumn budget,” said Howard Archer, an economist with EY ITEM Club.

About a third of the private-sector workforce has been supported by the government’s wage guarantee scheme which is due to end in October.